1. DRYING UP, WITH A WARM HOLIDAY WEEKEND AHEAD 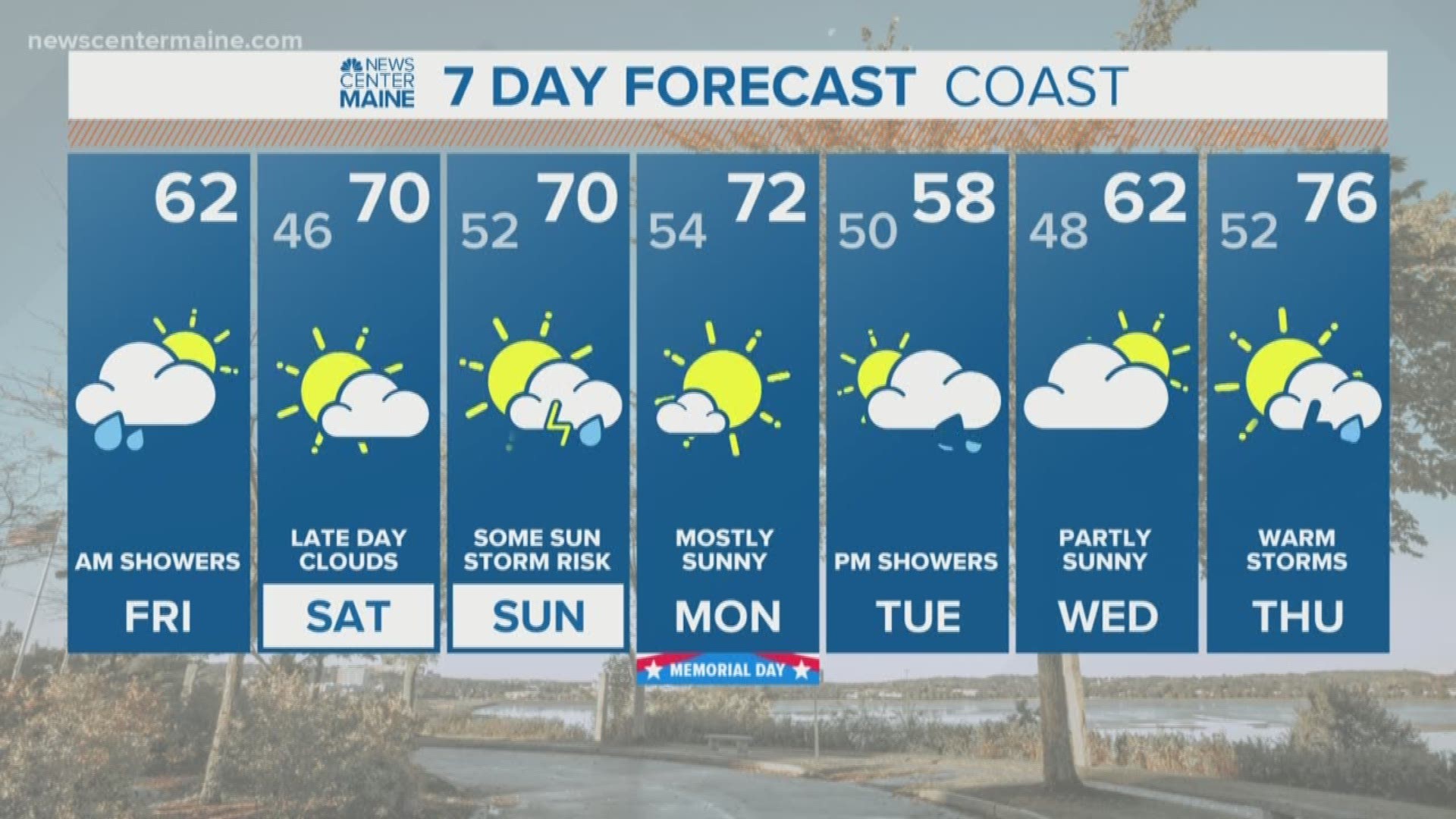 The Maine Senate passed a controversial childhood vaccine bill Thursday. The bill requires children get vaccinated or they will not be allowed to attend school. The only exceptions allowed are for medical reasons. Governor Janet Mills is expected to sign the bill. Opponents vow to fight the bill.

The Maine Senate passed another controversial bill Thursday that allows some medical professionals other than doctors to perform abortions. Under the bill, advanced medical practitioners like physician assistants, nurse practitioners, and certified nurse-midwives would be allowed to perform medication and in-clinic abortions. The bill faces more procedural action by both chambers before heading to Governor Mills.

Credit: AP
FILE - In this Nov. 26, 2018 file photo, former Massachusetts priest Ronald Paquin, accused of sexually abusing two boys repeatedly on trips to Maine in the 1980s, sits in the York County Superior Court on the opening day of his trial. The delayed sentencing of the defrocked Massachusetts priest is scheduled for late May. Officials at York County Superior Court in Maine say Paquin will be sentenced on May 24, 2019. (Rich Beauchesne/Portsmouth Herald via AP, File)

Ronald Paquin, a former Catholic priest convicted of sexually abusing a boy in Maine, will be sentenced Friday. Paquin was found guilty of 11 counts of gross sexual misconduct after two men testified they were repeatedly assaulted by Paquin on trips when they were children in the 1980s. Paquin spent more than a decade in a Massachusetts prison for sexually abusing an altar boy in that state and was released in 2015 before being taken into custody in Maine.

PORTLAND, ME - JUNE 10: As the Bay Mist ferry returns to Portland on Friday, June 10, 2016, Class40 boats prepare to start the first of the inshore races in Casco Bay that make up the third leg of the Atlantic Cup.

The Casco Bay Island Transit District Board of Directors has voted in favor of a larger design for the Portland to Peaks Island ferry. The new ferry would carry up to 599 passengers and 15 cars. The board of directors say they will gather public feedback before finalizing a decision.