More to know about low-cost insulin

Brenna Youngblood's 3-year-old son, Gabe, was diagnosed with Type-1 diabetes when he was just a year old. She says the low-cost insulin doesn't work for her son. 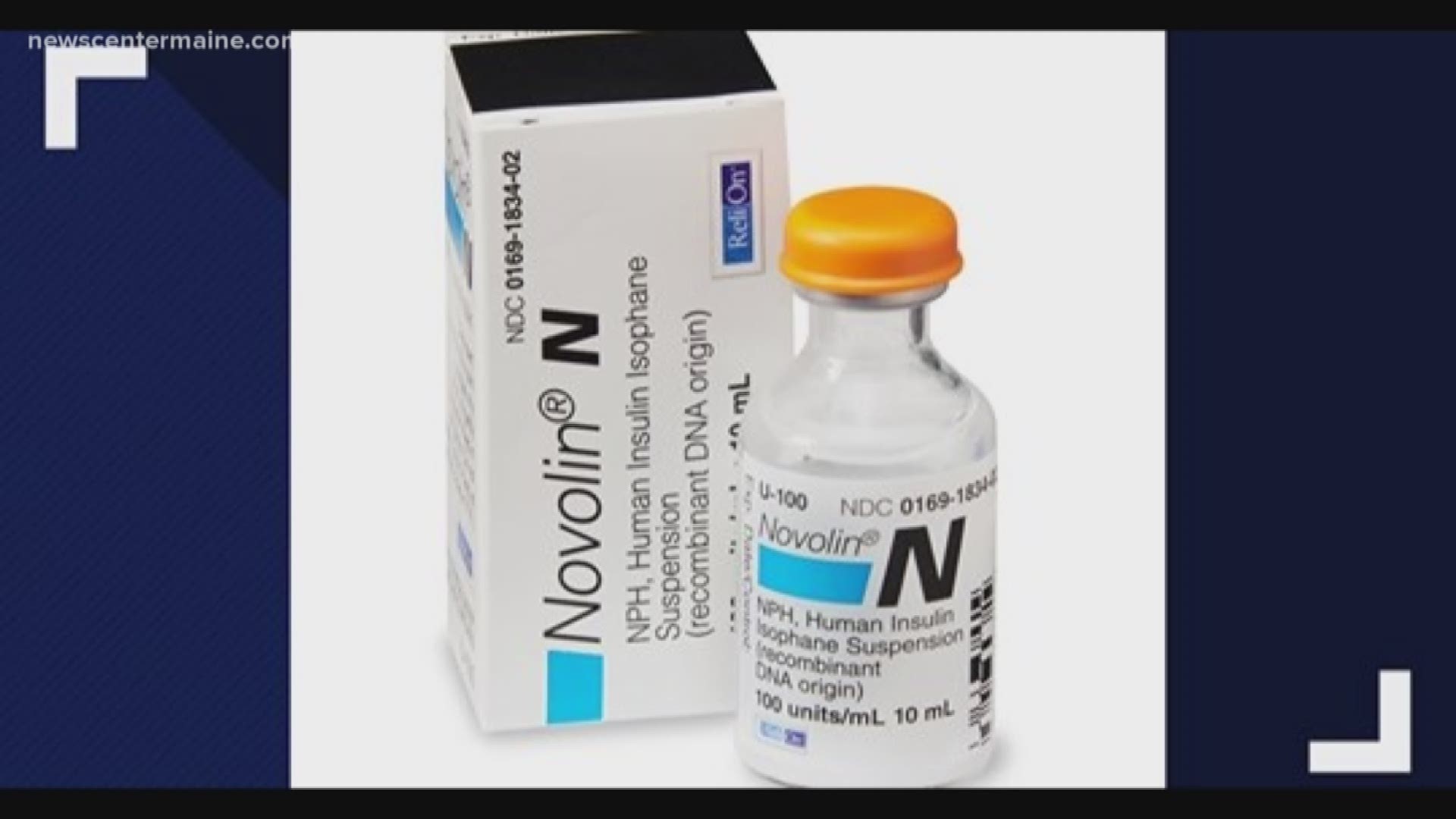 BUCKSPORT, Maine — It's a story you may have seen Tuesday on NEWS CENTER Maine at 5:30 p.m: Our Verify team has confirmed there is a form of insulin available at Walmart for less than $25.

It's something that's got a lot of people talking on Facebook.

As one viewer wrote to NEWS CENTER Maine, she says it's not the solution to high insulin prices for everyone, and she's encouraging everyone to look further than the headlines.

Brenna Youngblood's 3-year-old son, Gabe, was diagnosed with Type-1 diabetes when he was just a year old. His medications cost hundreds of dollars a month. Fortunately, for the Youngblood family, insurance covers most of the cost.

Youngblood reached out to NEWS CENTER Maine following a recent story confirming there is a version of insulin available at Walmart for $25 called ReliOn insulin.

"It's a little frustrating," she said.

She says the insulin doesn't work with all diabetics, especially in her son.

"It peaks at a certain time of day. And as anybody with children can verify, children don't always want to eat the same thing with the same carb count at the same time every day."

"They're older insulins so they are definitely less prescribed. They're only available as vial and syringe and most patients these days tend to use pens, or for Type 1 certainly, a lot of our patients are on insulin pumps," said Dr. Richard Siegel of Tufts Medical Center in Boston.

Dr. Siegel serves patients in Maine, via telemedicine. He says while ReliOn is an older version of insulin, it's something he prescribes.

"It still helps get blood sugar down, it still needs all the usual monitoring, but people need to be familiar with what/how these older insulins work," he said.

Patients on ReliOn may need to monitor their blood sugar a little more closely and the timing of the dose is different compared to modern insulins.

Dr. Todd Hobbs, the Chief Medical Officer at Novo Nordisk Inc. which makes ReliOn says in part, "the difference in the types of insulin is related to how slowly or rapidly they are absorbed once injected. Scientific advances over the years have made improvements on the speed and length of time this absorption occurs."

Brenna Youngblood says the regimen of using the older insulin is something that would not work for her son.

"If he were on this insulin and he had to eat the same thing at noontime every day, and then he decides he doesn't want to eat at noontime, he could potentially have a very dangerous low blood sugar," she said.

She adds the need for lower insulin prices is urgent despite what we may read in the headlines.

"'Oh there's a $25 insulin at Walmart so these people who want their $600 vial of insulin are just being picky.' When it's not true," she said. "Insulin isn't just insulin it's all medication. What works for one person might not work for somebody else and I think people need to be more mindful or open-minded to that."

Medical experts say any insulin should be used under the direction of a doctor.

Since 2000, Walmart has sold ReliOn insulin, the only private insulin brand on the market retailing at $24.88 per vial according to a Walmart spokesperson. It comes in ReliOn Novolin regular, ReliOn Novolin NPH and ReliOn Novolin 70-30 mix.

In November last year, Walmart launched the ReliOn Novolin 70-30 insulin pen. The cash price for a pack of five pens is $42.88, compared to $300 for the brand name option.