Dr. Nirav Shah announced Thursday that Maine would not get any Johnson & Johnson doses vaccine next week, leading to a net decrease of doses compared to this week. 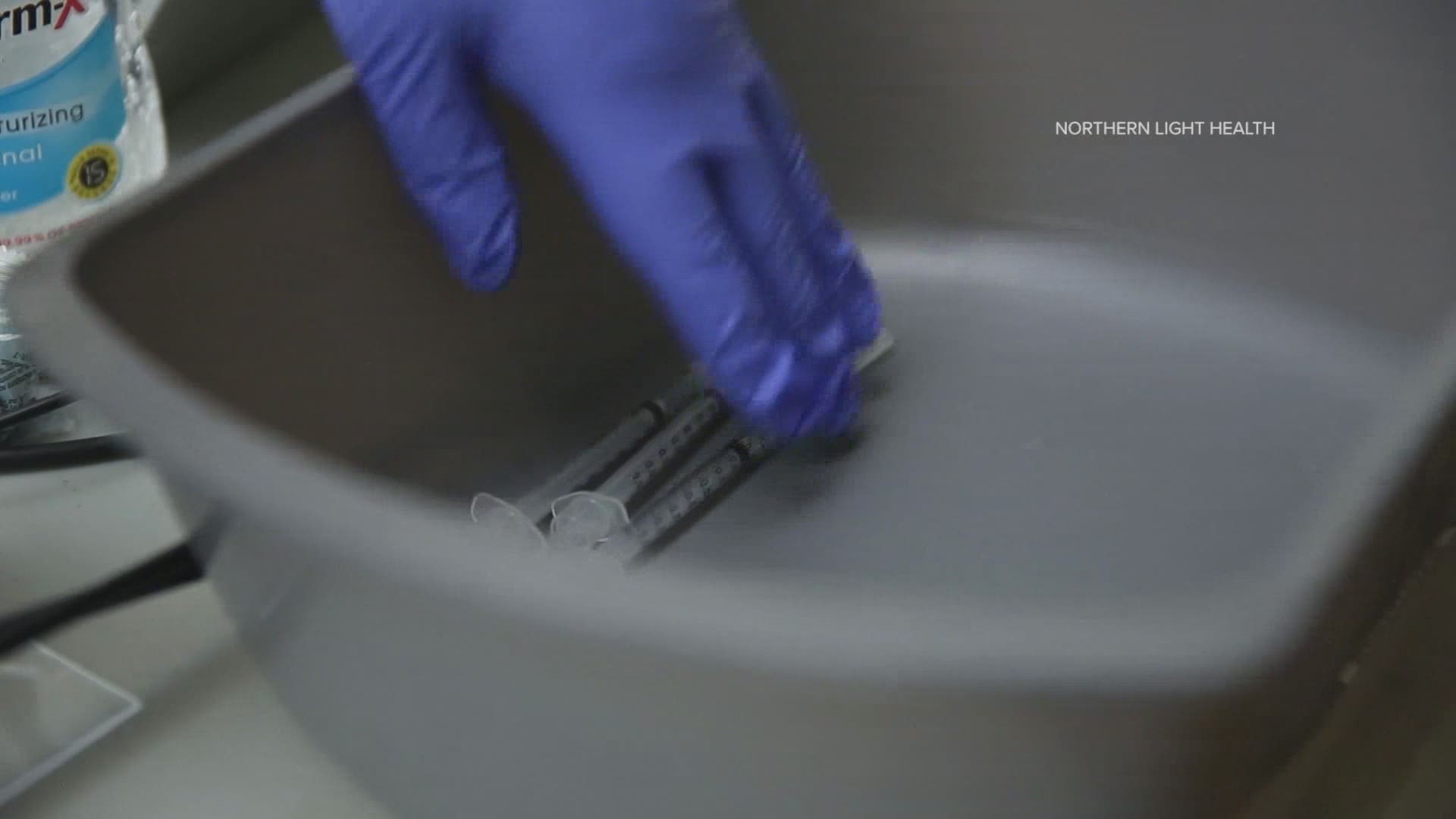 AUGUSTA, Maine — Maine's COVID-19 vaccine eligibility increased by more than 250,000 people, according to the Maine CDC, after starting its age-based approach and making educators and school staff eligible on Wednesday. On Thursday, the state announced it was getting fewer vaccine doses next week.

Dr. Shah announced Thursday that Maine will not receive any doses of the Johnson & Johnson vaccine next week, but felt confident the state will get more in the subsequent weeks. According to Maine's Department of Health and Human Services, the state is getting an increase in Pfizer and Moderna doses, but the lack of Johnson & Johnson doses puts the state at a net decrease for next week compared to this week.

"We're not getting significantly higher volumes of vaccine. So we have eligibility, but we may not have vaccine immediately, next week, to match that," said Dr. Shah.

Here's how Mainers 60 and older are progressing so far in the #COVID19 vaccine rollout in #Maine @newscentermaine pic.twitter.com/7VsDRCERU8

The addition, and priority, of school staff to the vaccine eligibility came from a President Biden directive. He said retail pharmacies participating in the Federal Retail Pharmacy Program should start setting aside all available appointments in March exclusively for school staff. In Maine, Walgreens, Walmart, and Hannaford pharmacies are participating.

RELATED: How to schedule an appointment to get the COVID-19 vaccine in Maine

"We do urge all people who are newly eligible to have a little patience because those slots, when they open up are usually filled quite quickly," said Maine DHHS Commissioner Jeanne Lambrew. "We are hopeful that the President's announcement of additional doses coming our way will match the increased number of people who are newly eligible for vaccines here in Maine."

The state is still working on plans to create dedicated vaccine sites for school staff and childcare workers. Lambrew said she expected to announce details next week.

For now, the state does not plan on changing its age-based rollout schedule, but state officials say they will keep a close eye on supply.

"Commissioner Lambrew and I are committed to working 24/7 to getting as many doses into arms this month as we can," said Dr. Shah.