Data from the Maine CDC shows that so far through September, kids and teenagers under age 20 make up more than 27% of new COVID-19 cases. 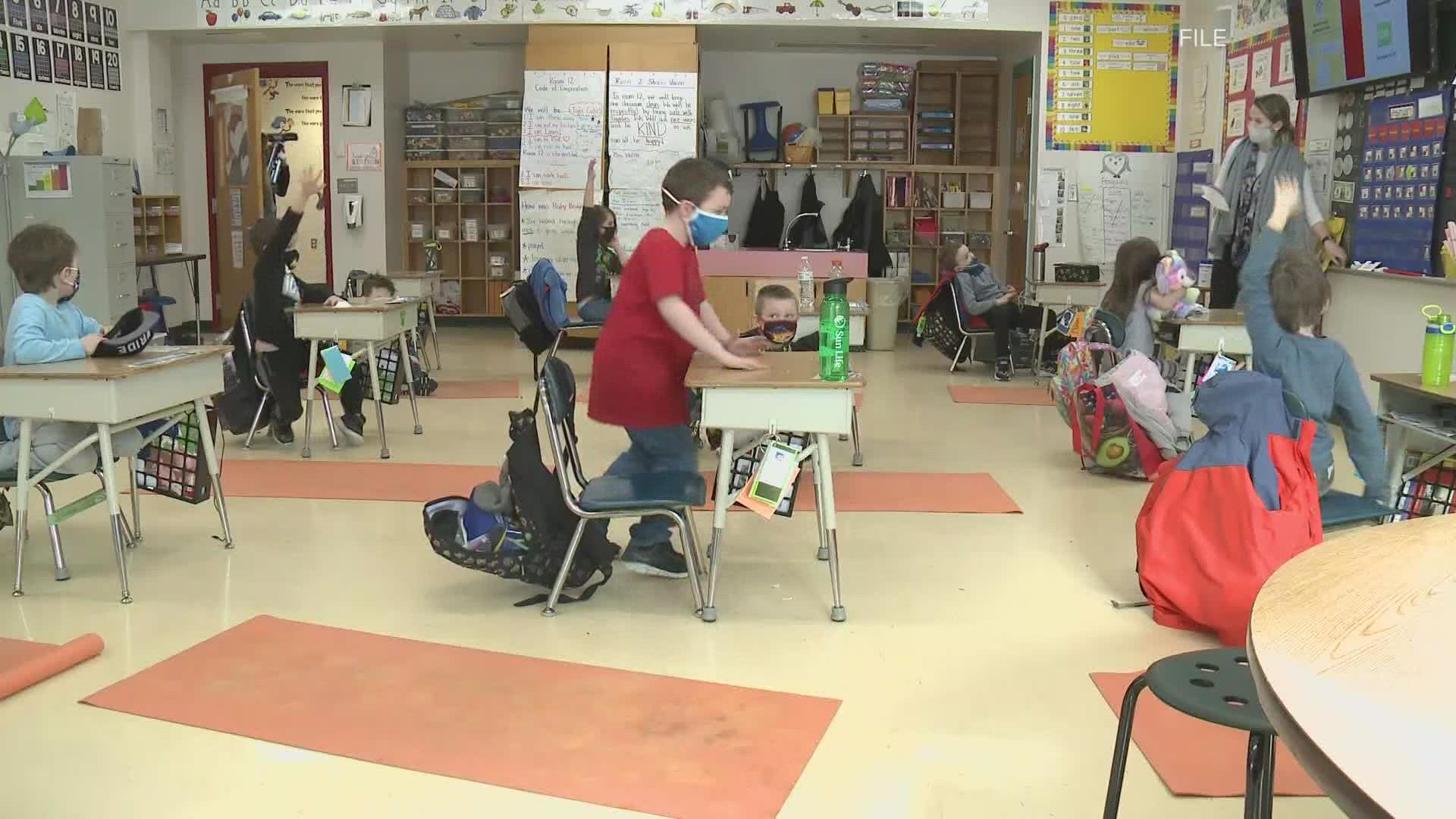 STONINGTON, Maine — Kids and teenagers make up more than 27% of Maine's COVID-19 cases throughout the month of September, according to data from the Maine CDC.

Kids and teens make up the most new cases of the virus of any age group in Maine in the last week.

"Cases among kids have been going up, and that's a concern," said Dr. Nirav Shah during a media briefing on September 8. "Hospitalizations nationwide have also been going up, but what hasn't up is the severity of those kids who are in the hospital."

Nationwide, the American Academy of Pediatrics said "after declining in early summer, child cases have increased exponentially, with nearly 500,000 cases in the past two weeks," as part of a new report released Tuesday.

Kids in elementary schools and childcare facilities cannot get a COVID-19 vaccine yet, putting them at the most risk to catch the virus.

"My greatest fear is that my child will be hospitalized and I won't be able to be there," said Genevieve McDonald, a state representative from Stonington and the mother of twin 3-year-old girls, Eva and Ellie.

McDonald said she has been checking the FDA website every day to see when the vaccine may be available for younger kids.

"I don't want to see my child get sick -- particularly with a virus that's unpredictable."

Maine's Department of Education commissioner, Pender Makin, said in an interview with NEWS CENTER Maine on September 8 that she expects schools to follow the U.S. CDC guidance for preventing the spread of COVID-19 in schools.

"We know that what schools did last year to help protect students and staff worked because transmission was very, very, very low in schools," said Daniel Chuhta, Deputy Commissioner for the DOE. "The lower community transmission can be, the better off we'll be in schools as well."

The latest update from the Maine CDC shows COVID-19 outbreaks at 14 schools.

In the first week of September, kids and teenagers under age 20 made up more than 27% of new cases. That trend stayed on that same track in the last six days, too.

According to state data, 90% of people age 60 and older have a final dose.@newscentermaine #maine @nirav_mainecdc #COVID #vaccine pic.twitter.com/aA5e9UgJEQ