Back to safety: Moose on the loose tranquilized, taken from woods after jaunt around South Portland 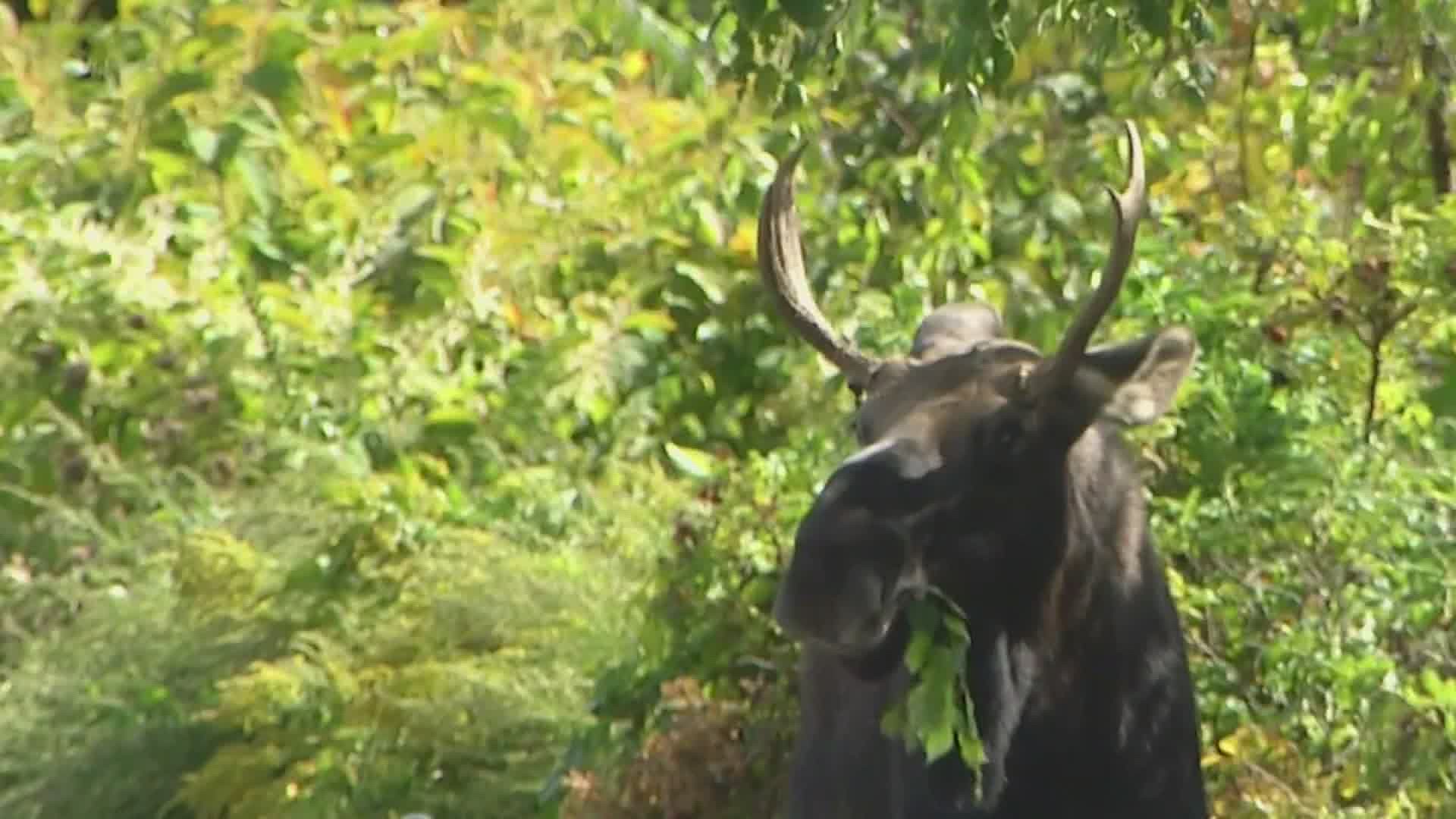 SOUTH PORTLAND, Maine — The moose on the loose's self-guided tour of Southern Maine is over.

With the help of wardens and biologists from the Maine Department of Inland Fisheries & Wildlife, the animal has been tranquilized and transported from a wooded area off Surfsite Road, South Portland Police said in a tweet Wednesday.

Police said getting the moose back to safety was a process due to "so much public interest."

"There were several possible outcomes to this incident, and fortunately, the best one became possible.  Thank you," South Portland Police tweeted.

Corporal John MacDonald, public information officer for the Maine Department of Inland Fisheries and Wildlife, said the decision to tranquilize the moose was made because people and dogs in the area were so intrigued that they simply weren't providing the moose with enough space to move about freely. Given the high density of homes in the area, they made the decision to try and move it. He said there were a lot of moving parts and fortunately all went well.

naturally, so much public interest.

There were several possible outcomes to this incident, and fortunately, the best one became possible. Thank you.

This comes days after a moose was rallied after being found roaming through neighborhoods in Scarborough on Monday. Earlier Wednesday, a moose was spotted in South Portland.

People in multiple neighborhoods were able to spot the moose by just looking out their front door. The moose was even spotted going for a stroll on Willard Beach.

A note of caution was sent out to students and faculty from Southern Maine Community College (SMCC) as the moose had apparently made his way to their campus.

Maine Game Wardens say people should keep their distance and give the moose some room. They say it's not uncommon to see moose, especially bulls, right now as moose travel a lot this time of year.

Jewel Church, who spotted a moose outside her South Portland home, said, "I was just in awe."

"I just sat and watched because what an amazing animal. It really is," Church said.

SeaWolves may be mythological creatures, but SeaMoose are real. This one paid campus a visit this morning! #WeAreSMCC
.
📸— @mrichards413 pic.twitter.com/D0XXYUkXW1

Dogs can also cause problems for a moose if they're barking and coming too close. Maine Game Wardens are advising people to keep their dogs inside for the time being.

NEWS CENTER Maine spoke with biologist Brad Zitske, who reiterated that it is not uncommon for moose to be on the move this time of year. He said the moose appears to be a young bull moose that is likely full of hormones and roaming around in search of mating prospects.

Zitske added that based on photos of the moose in South Portland compared to photos of one in Scarborough photographed earlier this week, it's likely the same moose. He added that moose sightings were also reported in Windham and Gorham last week.

As you can see, the moose has traveled east overnight. We understand this is unique to the area but we are getting...

RELATED: North Maine woods expected to be busier than normal during the moose hunt

This all unfolding as the moose hunt begins hundreds of miles north.

Albro Cowperthwaite, director of the North Maine Woods, says the moose have changed their behavior in the 40 years since the moose hunt began.

"It's different than 40 years ago, different than even 20 years ago because our moose aren't standing alongside the roadside much these days," Cowperthwaite said. "They've backed off the roads, they've learned to get out of sight."

Still, biologists say it's common for moose to be on the move in Maine, especially this time of year.

For those who were paid an up close and personal visit, it's certainly a story you can file under "only in Maine."