The proposed 26-mile rail trail would convert the St. Lawrence & Atlantic rail line to a trail from Portland to Auburn 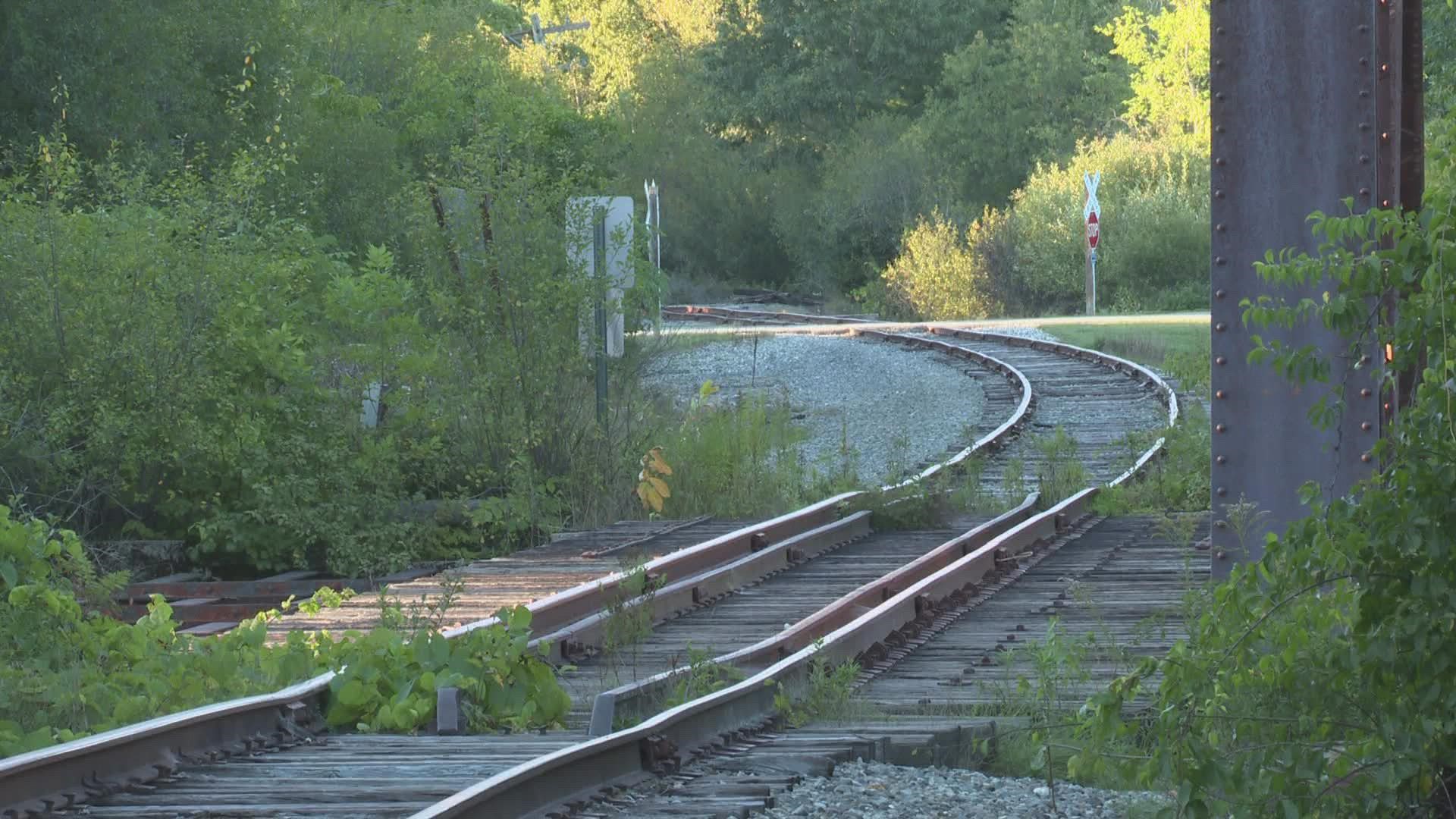 MAINE, USA — There may soon be a new way to get from Portland to Auburn, that's not by car. Advocates with the Casco Bay Trail Alliance are pushing to transform the St. Lawrence and Atlantic rail line, which hasn't been used by trains in roughly five years, into a rail trail.

"It will get them out of their cars, back to nature, it's inexpensive as a way to recreate and transport one another and it's good for the health," said Sue Ellen Bordwell, president of the Casco Bay Trail Alliance.

Tonight on @newscentermaine at 11, we’re taking a closer look at the push transform the dormant St. Lawrence & Atlantic rail line into a rail trail. It’s still in the early stages, but if built it would connect Portland to Auburn by trail pic.twitter.com/bTgDfIIWSZ

Bordwell has been leading the effort to transform the dormant rail line. The 26-mile corridor would connect Portland to Auburn by trail.

Bordwell and her team with CBTA have been advocating to municipalities to adopt resolutions to petition the Maine Department of Transportation to study the project. The petition calls for the MDOT to create a Rail Corridor Advisory Council to review the St. Lawrence and Atlantic corridor

"A rail trail on this corridor would anchor an even larger regionally connected trail system. It is not just this rail trail but also the connectivity of the larger trail network that has inspired so many communities both on and near the St. Lawrence and Atlantic corridor to get involved," said Bordwell.

The first town to adopt that resolution was Yarmouth.

"When this issue came up before the town council, there was just overwhelming support for it. I can't tell you really any other issue that gets this kind of unanimous support from the town," said Yarmouth Town Council chairperson April Humphrey.

While the project has seen major support, there are a number of questions that remain unanswered about the project. The town of Cumberland initially did not support a resolution to petition the MDOT, however took up the issue again this week and voted in support. Shirley Storey-King, who owns property abutting the rail line, and serves on the Cumberland Town Council still has many questions.

"What are the potential privacy issues, potential trespassing, potential trash, who takes care of the trash on the trail, how will hunting be effected?" said Storey-King.

There's also a major questions about who would pay for the transformation. Bordwell says she believes much funding would come from state and federal grants. She also says there's a possibility municipalities on the line may pay for a portion. The total cost though is still unknown.

Bordwell says many of the questions remaining she hopes to have answered as part of an advisory council. She adds engineers would likely review the entire rail line to see the feasibility of converting it into a rail trail.

Nevertheless, Bordwell remains optimistic due to the support shown by local towns and cities.

"This trail will put them right though these greenspaces. So it just opens up a whole new natural area for kids and adults to explore," said Bordwell.

MDOT spokesperson Paul Merrill tells NEWS CENTER Maine the department is aware of the petitions to create a council, and will now consider whether to convene a council to study the project.