Mitchell says he'd be a 'no' on Kavanaugh 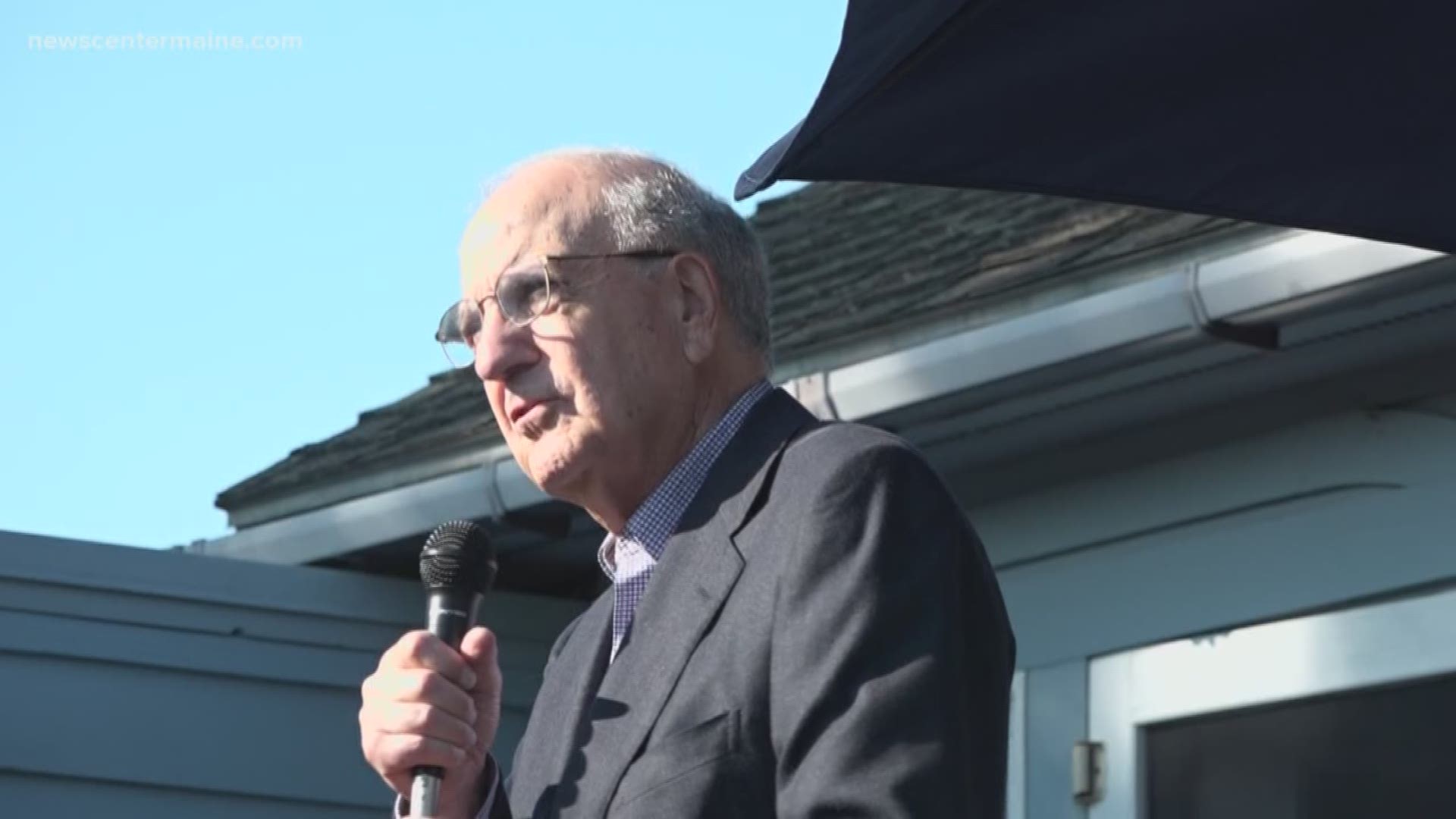 While Senator Collins is not saying how she'll vote on Judge Kavanaugh just yet, one former Maine senator has been unequivocal that the judge should not be confirmed.

Senator George Mitchell was in Kennebunk on Saturday morning at an event in a friend’s backyard, encouraging young people to vote.

While the event was hosted by Kennebunk and Arundel’s Democrats, it was also opened up to students of all political views chosen by the Kennebunk High School staff based on the students’ interest in politics and civics.

Mitchell spoke to the gathering of a dozen or so students for roughly half an hour before opening the event up for questions.

The former senator did not mention Kavanaugh by name in his remarks.

Instead, he touched on the sensitive debate the judge’s confirmation has spurned.

“Many Americans are discouraged at the political dysfunction, in particular, this weekend,” said Mitchell. “The pain and anguish of the events of the past week hang heavy over our society.”

For the young people being part of a one-on-one moment with the one-time Senate majority leader left an impression.

“I hadn't heard a lot about Senator Mitchell's career….but after looking into him, it was an amazing opportunity,” said Kennebunk High School junior, Everett Beals.

While Mitchell did not address his personal views on Judge Kavanaugh in the address he gave atop his friend’s deck, he did admit afterwards that Kavanaugh wouldn't get his vote were he still an elected official.

“I think these have been difficult days, particularly for American women,” said Mitchell adding, “if I were in the Senate today, I would not vote to confirm Judge Kavanaugh.”

Mitchell did say, however, that he is looking beyond the supreme court fight to the midterm elections and that whichever party controls the U.S. House of Representatives, “will be a decisive part of the 2020 election.”

He left the backyard event in Kennebunk with favorable views from the students after they say he instilled a sense of optimism.

“There’s a lot to fix but I think it can be done,” said Everett Beals.