Emily Hernandez, 21, was seen in an ITV News video that showed rioters storm the Capitol on Jan. 6 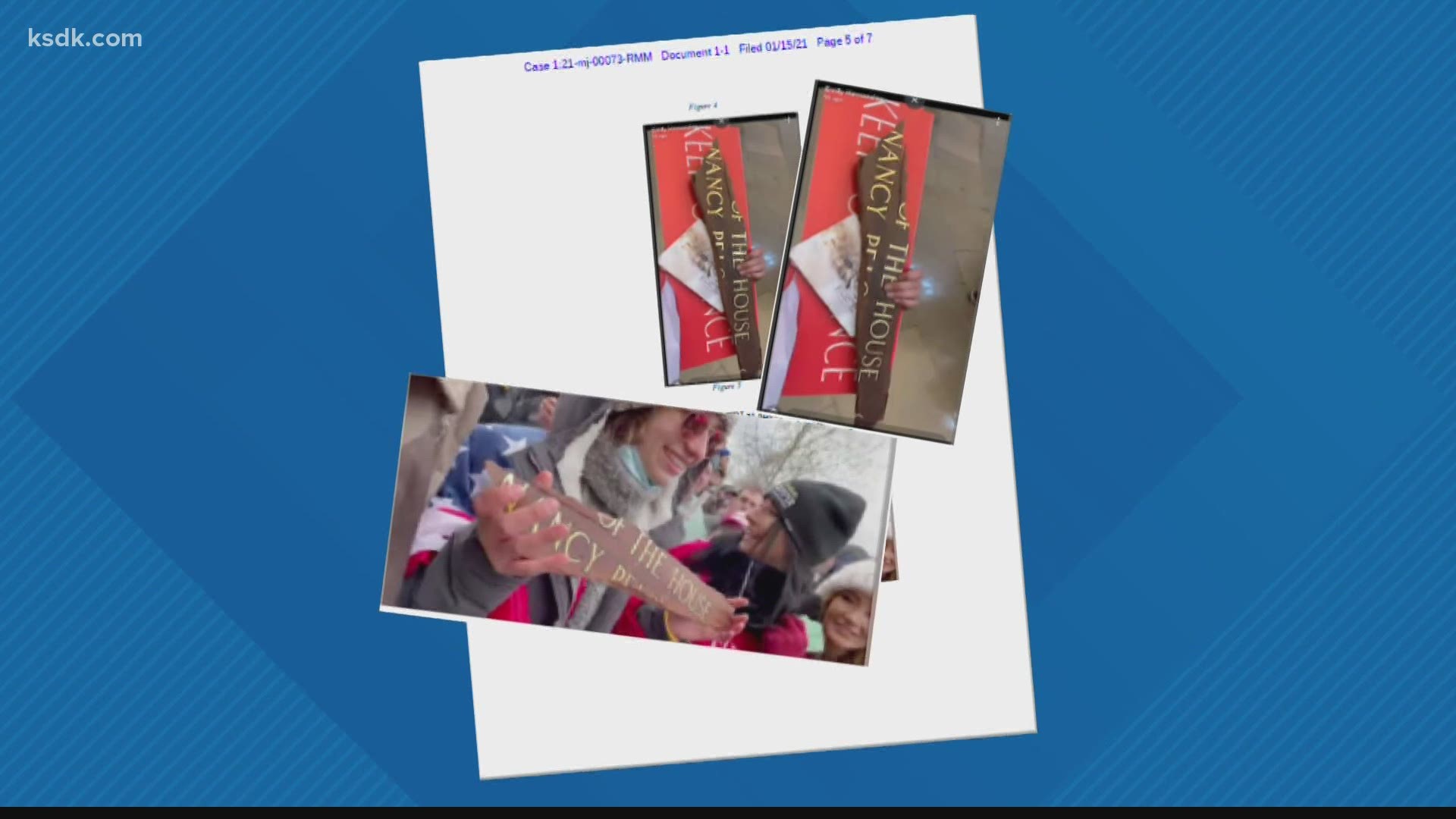 WASHINGTON — A Sullivan, Missouri, woman charged in connection with the U.S. Capitol riot on Jan. 6 appeared in court in Washington, D.C. via teleconference Tuesday.

Emily Hernandez, 21, was seen in an ITV News video that showed rioters storm the Capitol. She was seen in one of the video clips holding up a broken piece of a wooden sign that read, “Speaker of the House Nancy Pelosi.”

Editor's note: The above photo and video is from Jan. 19, when Hernandez turned herself in to the FBI in St. Louis

During Tuesday's hearing, a U.S. district judge said Hernandez must report weekly to pretrial services by phone and stay away from D.C. with the exception of court and meeting with her attorney. She's not allowed to have any illegal firearms, not allowed to travel outside of Eastern District of Missouri and cannot commit any other state or federal crimes.

Her next court date will be a status hearing set for April 6.

According to a federal criminal complaint, Hernandez is facing the following charges:

Hernandez’s attorney, Ethan Corlija, previously characterized her as “the girl next door,” who “got involved in a situation she did not want to put herself in.”

While photographic evidence appears to place her at the Capitol, on Jan. 19, Hernandez’s attorney declined to answer whether, like Trump supporters, she was trying to “stop the steal.” Corlija said whether she was there is not in dispute.