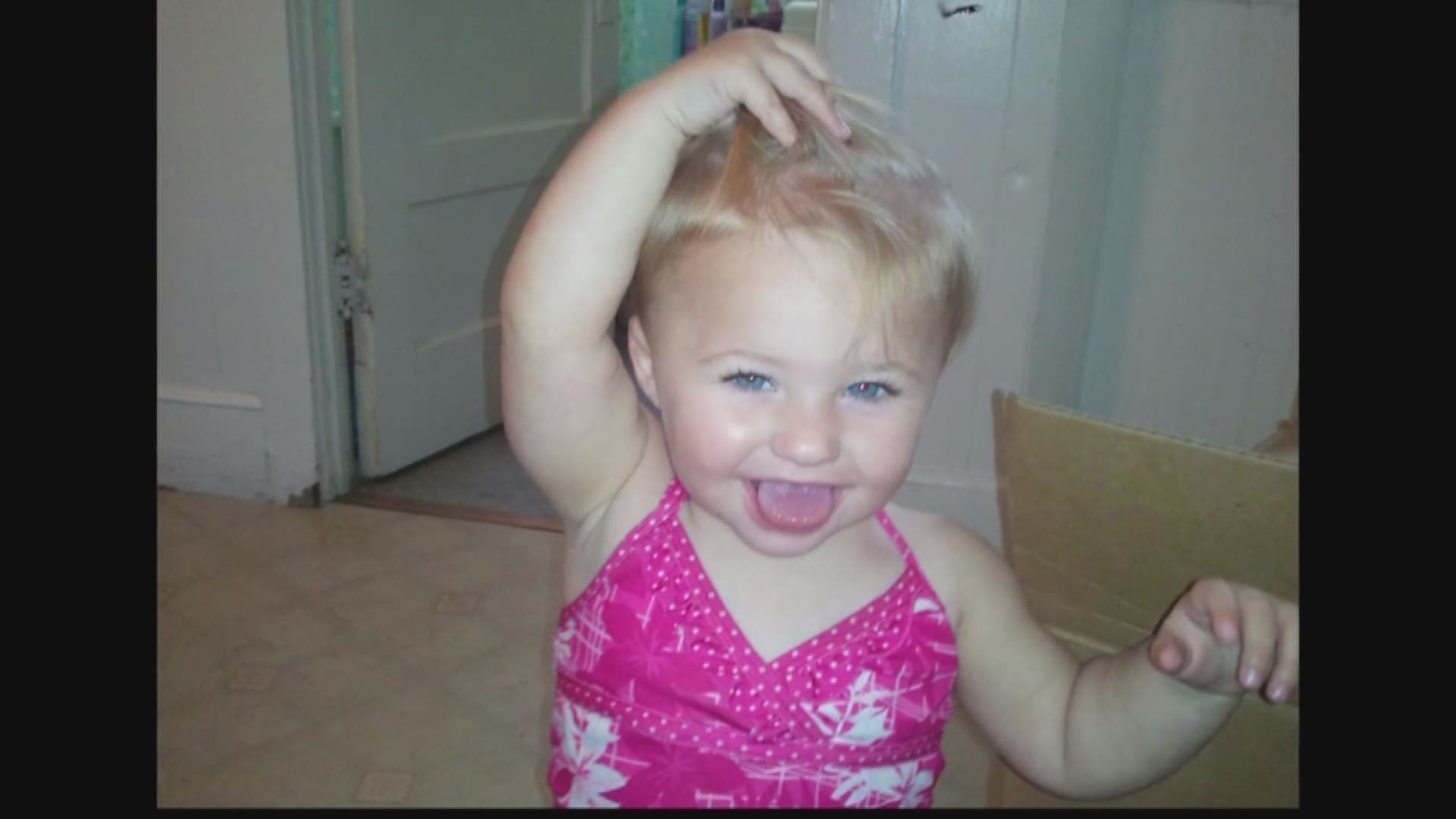 A request from Ayla's mother, Trista Reynolds, to have her declared legally dead, was approved May 17th, according to paperwork from the Cumberland County Probate Court.

A hearing to finalize the process is scheduled for September 21, 2017.

Ayla was 21 months old when she disappeared from a house in Waterville in December 2011. She was in the care of her father, Justin DiPietro, his sister Elisha and his girlfriend, Courtney Roberts, at a home owned by DiPietro's mother.

Police said their investigation found traces of Ayla's blood in the home where she disappeared. But extensive searches in the surrounding area failed to find further signs of her. No arrests have been made in the case.

Police said they don't believe their investigation received full cooperation from the three adults who had last seen Ayla. Trista Reynolds told NEWS CENTER she holds DiPietro responsible for Ayla's death. At one time Reynolds intended to file a wrongful death lawsuit against him, but she gave up those plans after her lawyer cast doubt on a successful outcome.

CLICK HERE TO WATCH A PREVIOUS INTERVIEW WITH TRISTA REYNOLDS

As part of the paperwork detailing Ayla's death declaration, a current address in California is listed for Justin DiPietro.