Maine State Police say a missing 17-yr-old Pennsylvania boy that may have been seen in Falmouth has been safely located. 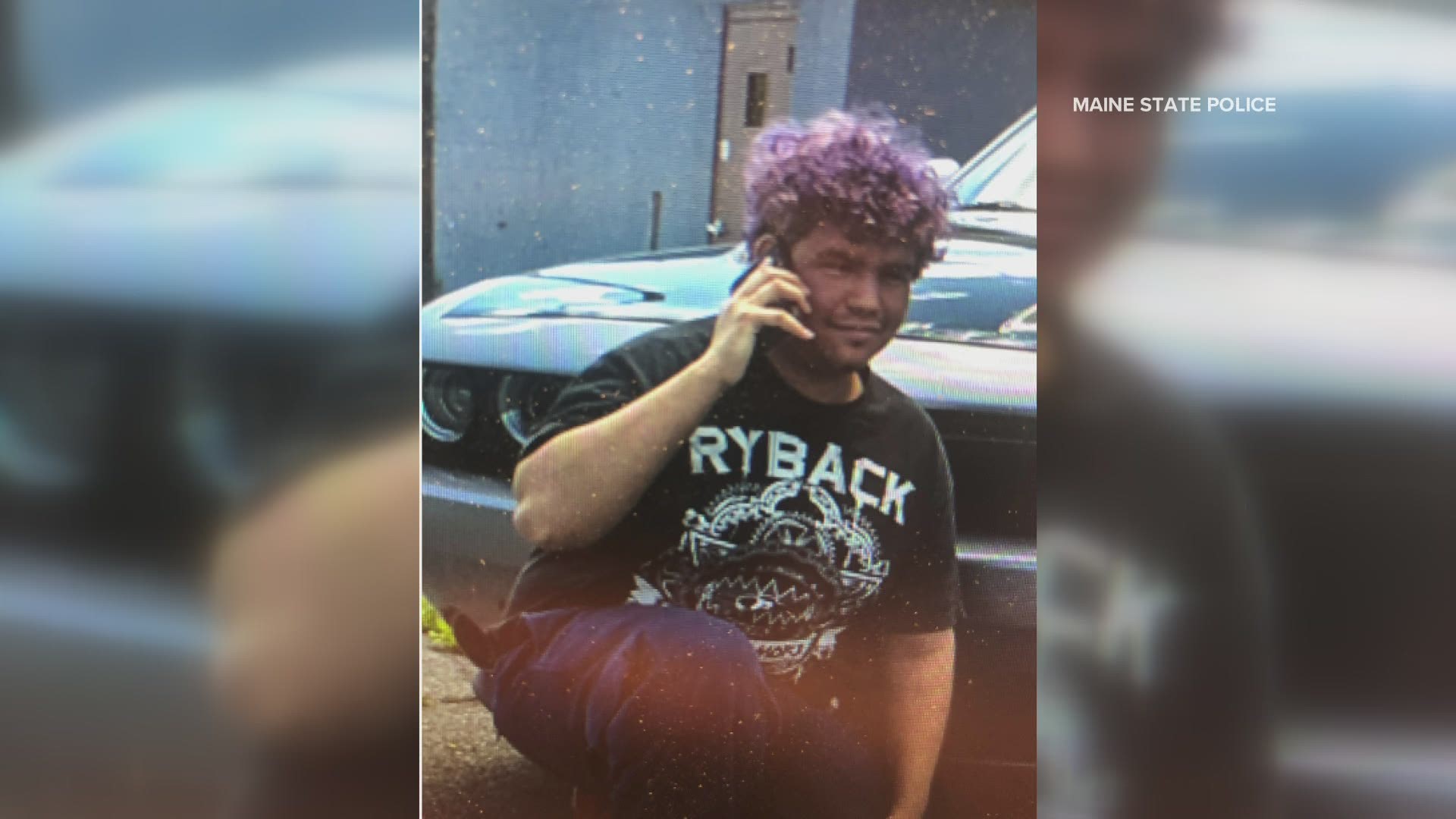 FALMOUTH, Maine — UPDATE FROM STATE POLICE: "The missing teen from Pennsylvania has been located safely. Thank you for your assistance. There are no further details at this time."

State police officials say they believe Coppola-Torres was seen in Falmouth around 1 p.m. Saturday afternoon. Officials are unaware of where Coppola-Torres might be going.

Coppola-Torres is described as a white male, 5’11” 200 lbs with purple curly hair and brown eyes. According to officials he is Autistic and has mannerisms of an 11 or 12-year-old and is believed to be alone.

The vehicle he is operating is a baby blue Ford Edge SUV, Railroad Plate, a dark unique PA plate (RR5P73).

The vehicle Coppola-Torres is driving has a front plate that displays the Marvel Comics character, Punisher symbol. The passenger side front and back door have a long scratch going through both doors as if the car was keyed. The left front lower bumper is slightly damaged, according to officials.

State police also said there are no further details at this time.