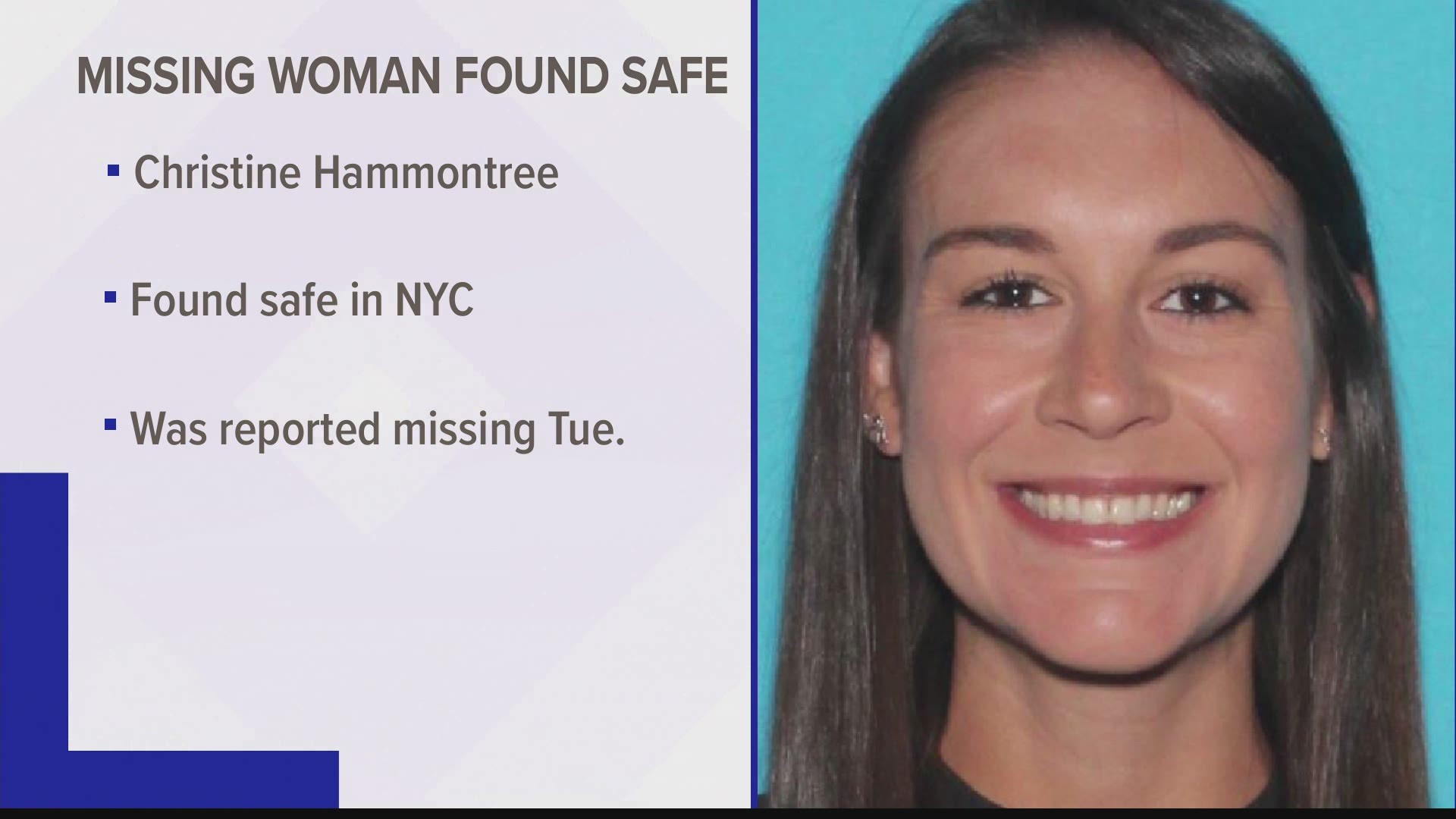 Specifically, NYPD said in an Instagram story, Hammontree was found unharmed in Long Island City, Queens. There is no further investigation, police said.

The two departments had been working together to find Hammontree since Tuesday after her parents reported her missing.

In a release Thursday, Falmouth police said Hammontree was last seen in surveillance video at the McDonald’s restaurant in New York City's Times Square in the early morning hours of Monday, May 24.

According to police, she was last seen getting into a vehicle with an unidentified group of people outside of McDonald’s.

Hammontree's mom, Judy, has been in New York City working with NYPD since Tuesday. She spoke to WNBC in New York on Friday and told them that Hammontree recently moved back to Maine from New York. She said her daughter lived in the Long Island City area for about two years.

"We've just been going up and down Times Square and other places, Long Island City and showing her photo," Judy Hammontree said.

Judy Hammontree said it was strange that she went missing in Times Square.

"She doesn't like Times Square, that's why it's so strange, and every time I'd go visit her and would want to go there, she'd say, 'mom, that's only for tourists'," Judy Hammontree said.

Her mom said she has seen the surveillance video and doesn't recognize the people she got in a car with.

"She's obviously in grave danger. This isn't like her. She's in constant contact with me texting. We must text a million times a day," Judy Hammontree said.

On Friday, Falmouth Police released updated photos of Hammontree. One photo was taken on Friday, May 21 and the other was from a surveillance video from McDonald's in Times Square at 12:23 a.m. on Monday, May 24.

Hammontree was wearing an oversized blue t-shirt, cut-off light blue jean shorts, and sandals, police said. She was carrying an orange backpack and wearing black Ray-Ban aviator sunglasses on top of her head, according to police.