State Police issued a silver alert for Tomah, who has dementia, on June 7. 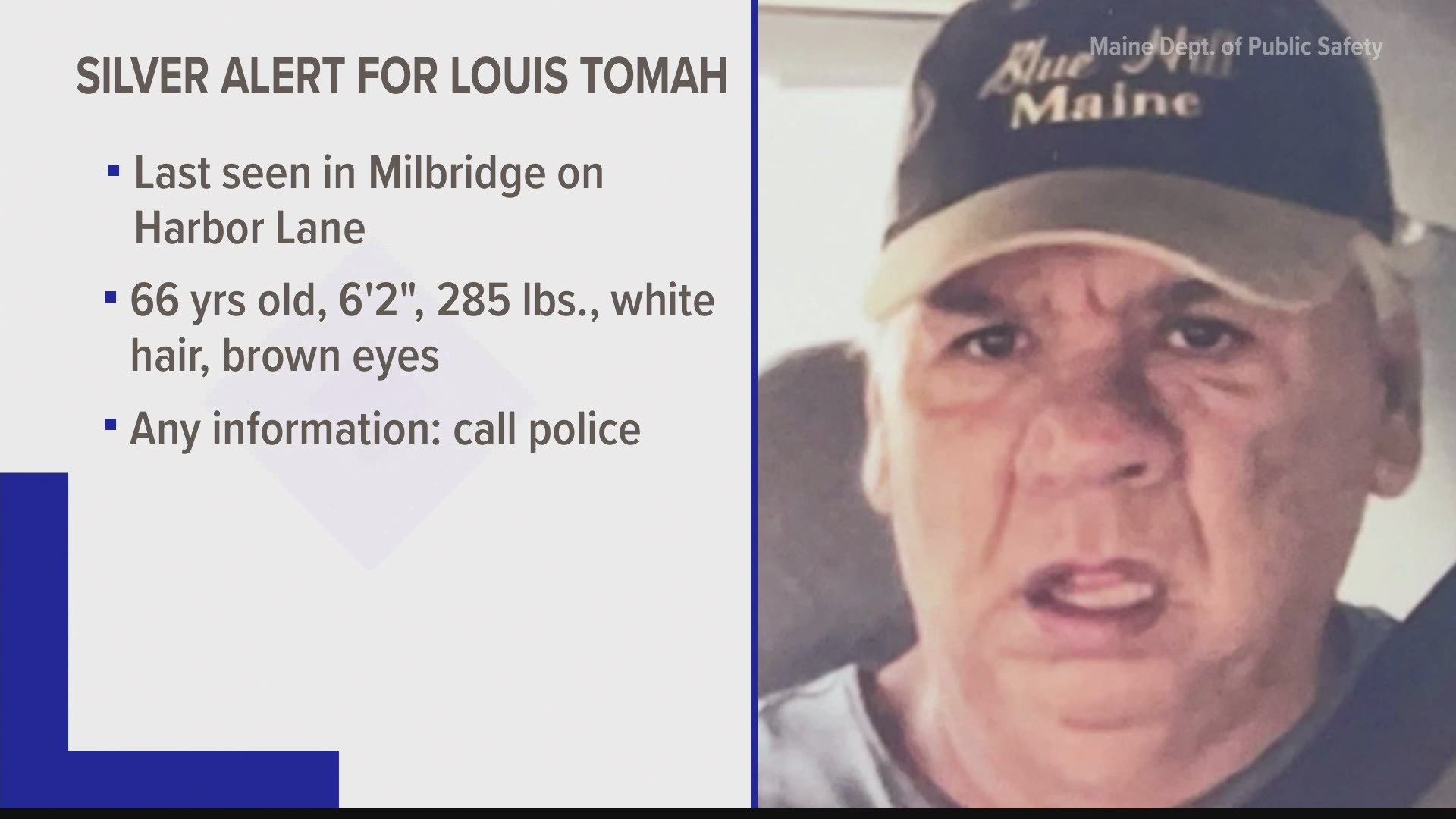 According to Maine Department of Public Safety spokeswoman Shannon Moss, the man has dementia. He was last seen walking on Harbor Lane in Milbridge around 10:30 a.m. Monday.

He's described as a 6'2" white man who is 285 pounds with white hair and brown eyes. He was last seen wearing blue jeans and a grey tie-dyed T-shirt.

In an update on Wednesday, June 9, Maine Department of Public Safety spokesperson Shannon Moss said new information indicates Tomah was dropped off at the Concord Bus Station in Bangor around 1 p.m. on June 7.