During her campaign, Gov. Janet Mills expressed skepticism about the CMP project -- but now she is supporting the $950 million plan to build a power line through western Maine to bring electricity from Quebec to Massachusetts. 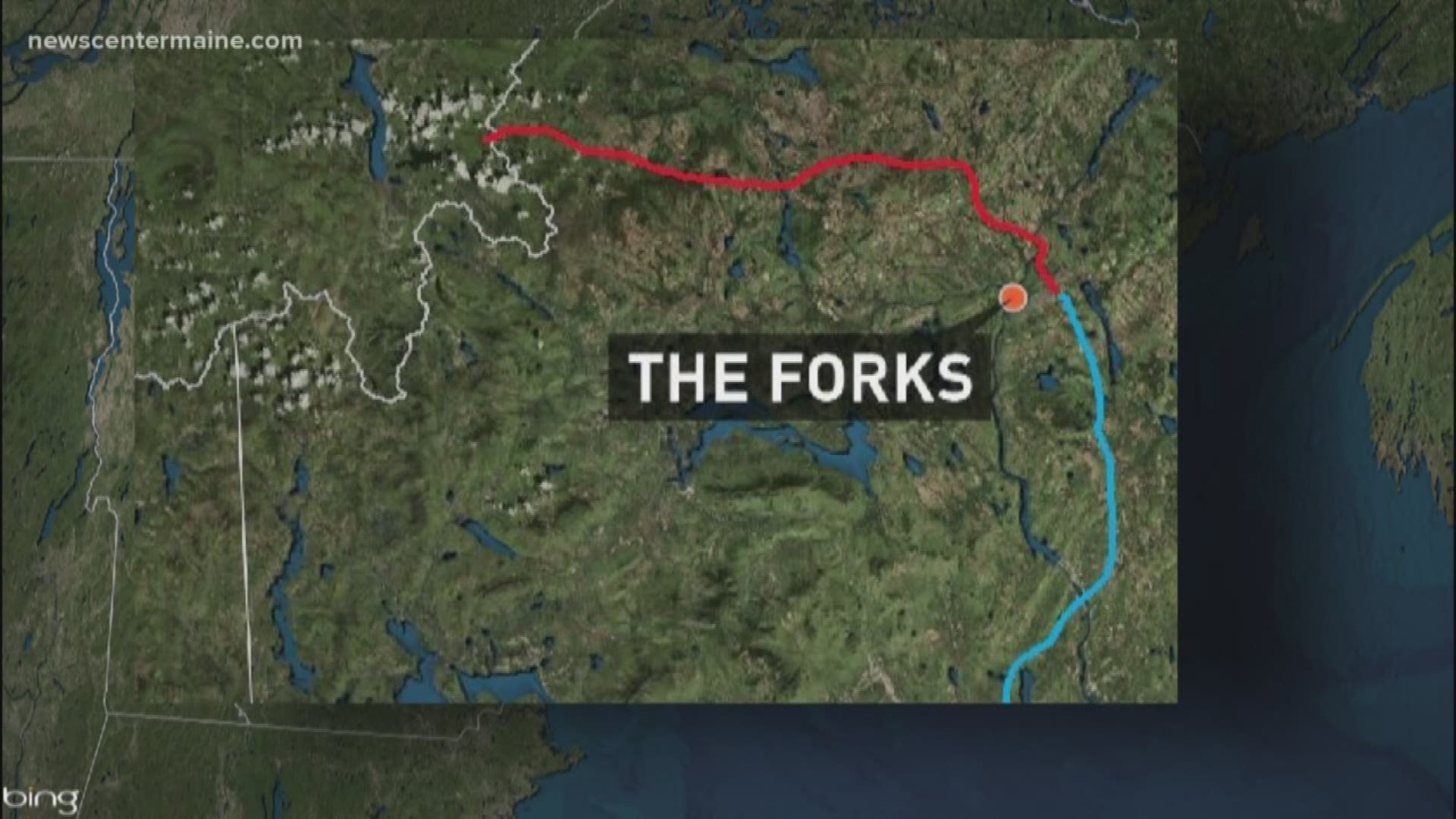 AUGUSTA, Maine — Gov. Janet Mills has signed on to a deal to support Central Maine Power's $1 billion proposal to build a 145 mile power-line through western Maine, stretching from Canada to Massachusetts.

This controversial plan, which would cost more than $950 million, reached a milestone last month when the Public Utilities Commission wrapped up three and a half days of public hearing on the project.

The project, which is officially called New England Clean Energy Connect, is designed to bring electricity from Hydro Quebec to customers in Massachusetts. But not everyone is on board -- especially some people living in western Maine where the power line would be built.

"Maine is the most heating oil dependent state in the country, with nearly 70% of Maine homeowners relying on oil for their heating needs. We send five billion dollars out of state every year to pay for our use of nonrenewable fossil fuels. Our high costs of energy and electricity are a barrier to our health and a deterrent to our economy, while our cars and trucks account for more than half of our carbon dioxide emissions.

"We cannot afford to do nothing.

"That is why I authorized the Governor’s Office of Energy to sign onto a Stipulation that requests the Public Utilities Commission to issue a Certificate of Public Convenience and Necessity, which will allow the New England Clean Energy Connect project to undergo further review before other state and federal agencies."

According to the Portland Press Herald, the project includes a $258 million payout to the state over the next 40 years. The paper reports the money will be divided among a few programs:

Opponents say the project would cut a wide, 54-mile strip through the woods and mountains of that part of the state. They also don't think the hearing in January proved Maine would see many benefits.

Proponents of the project disagree.

"This project will change the energy market in New England for 20 years, and it will lower energy prices for 20 years, and we are part of that market," said John Carroll of CMP after the hearing in January. "Every Maine consumer will have the same benefit from this project as anybody in any state."

Monica McCarthy of Say NO to the CMP Corridor refuted this idea.

"A lot of the data that CMP used to establish what the benefits would be for Maine ratepayers was really incomplete data," McCarthy said. "Information hadn’t come from Hydro Quebec."

Opponents of the project were disappointed by comments Mills made last week on Maine Public’s "Maine Calling" radio show, saying, "I’m happy with the progress that is being made, and I’m anxious to see the details.” During the fall campaign, Mills and the other three candidates running for Governor all had expressed varying degrees of skepticism about the NECEC project.

Last week, Mills said she will continue to look at CMP to mitigate environmental and other damage, to provide help to western Maine with broadband, and to be more accepting of solar energy development.

She spoke about those issues to NEWS CENTER Maine last week in an interview: 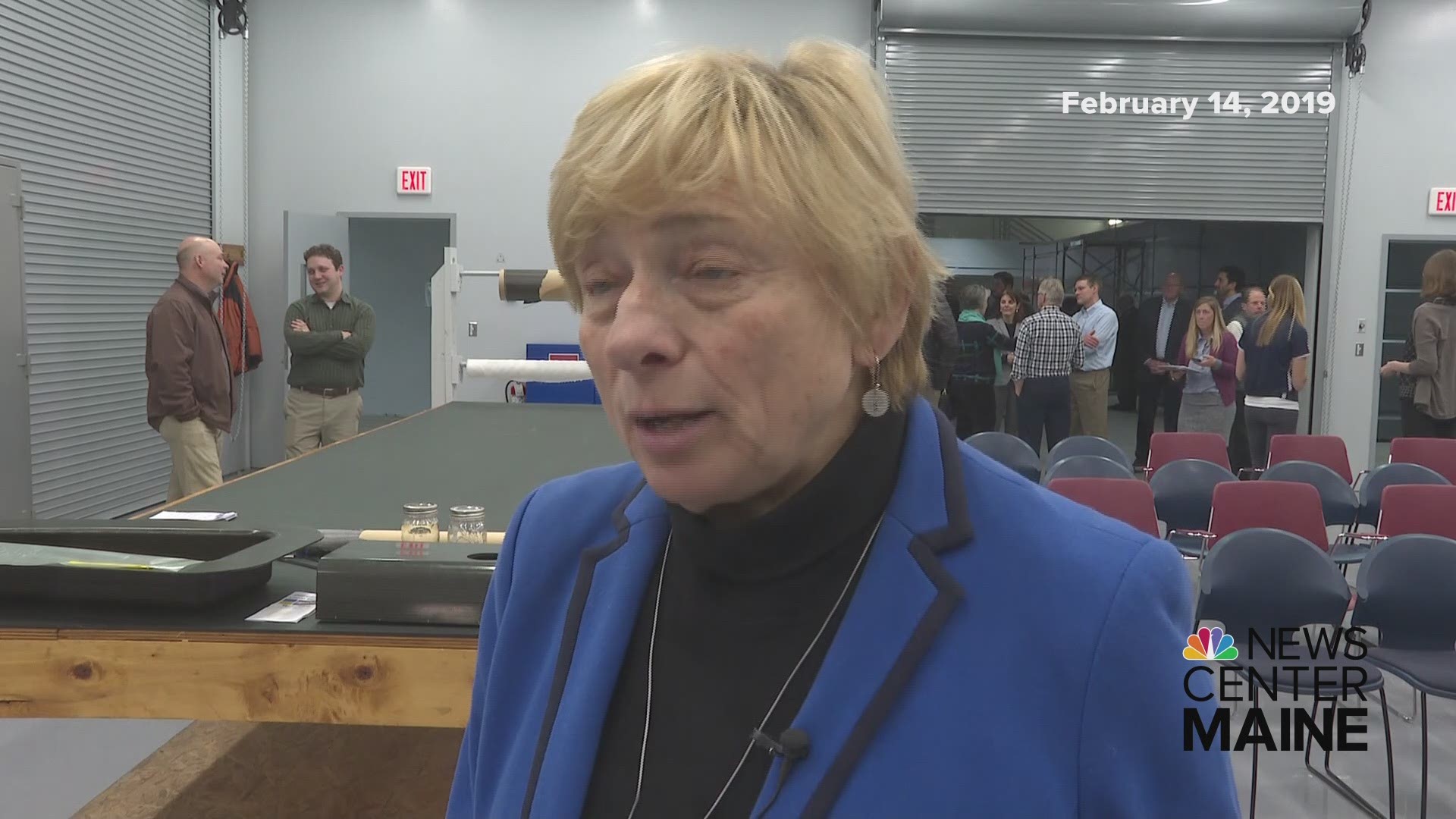 The negotiated settlement will be filed with the PUC on Thursday.