To prevent whales from getting tangled in lobster gear, the federal government wants to see a 50% reduction in the number of ropes between traps and lobster buoys. 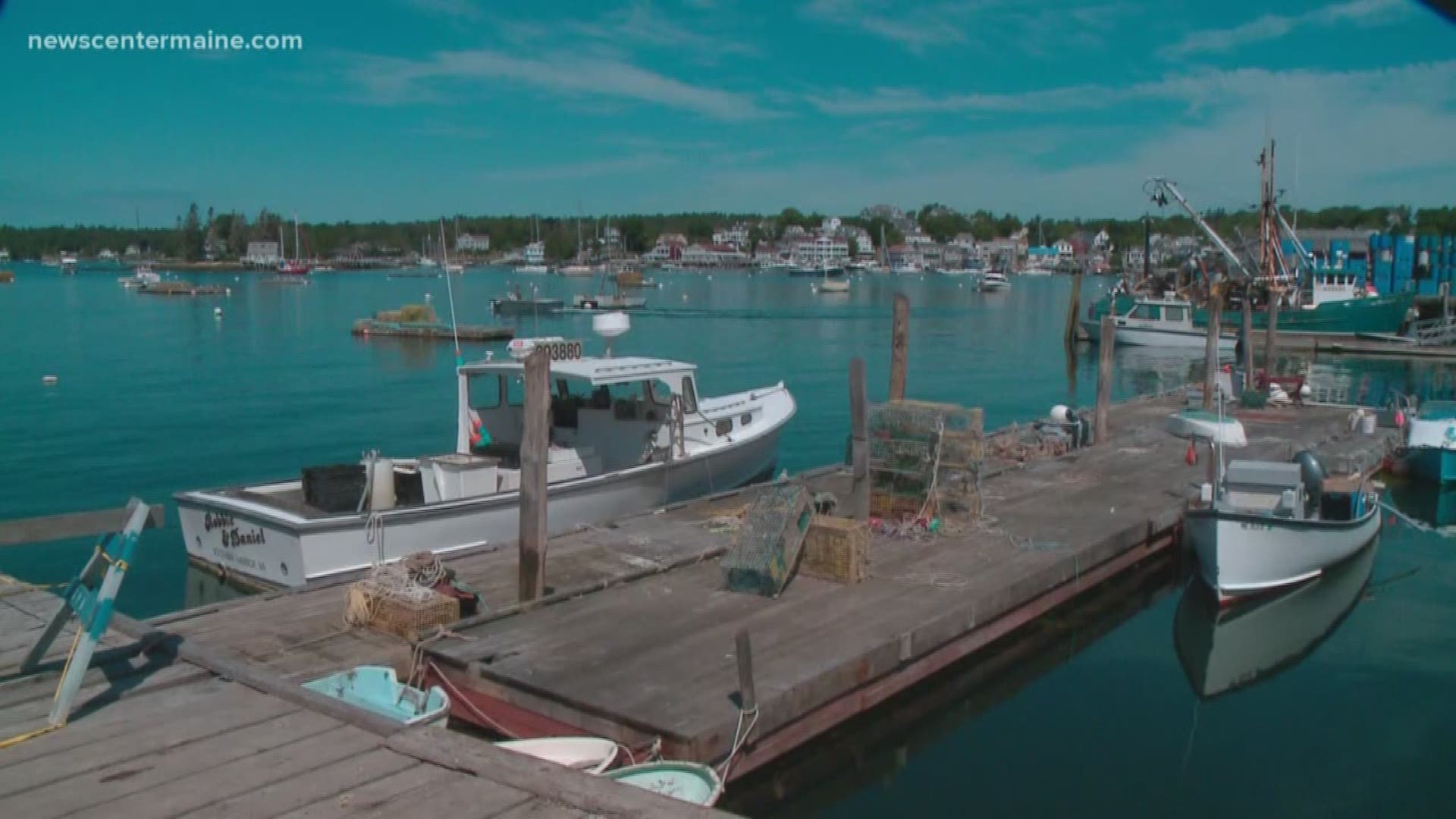 BOOTHBAY HARBOR, Maine — Maine lobstermen are getting more political help in their fight against proposed new restrictions to protect right whales -- and it's causing rare agreement between the state’s top Democrat and Republican.

To prevent whales from getting tangled in lobster gear, the federal government wants to see a 50% reduction in the number of ropes, called 'vertical lines', between traps and lobster buoys.

RELATED: Governor pushes back at feds on protection for rare whales
RELATED: Whales have worse than average year for entanglement in gear

But Maine lobstermen say the whales aren’t in their fishing waters, and that the regulations would hurt them without helping the whales.

"The whale watch boats aren’t seeing any right whales," says longtime Boothbay Harbor fisherman Clive Farrin. "Even outside (farther offshore) most of what they see is finbacks and humpbacks and minkes. Once in a while we have a minke make it inside people look at them and then they go away."

"Although well-intentioned, there is no evidence to support that the proposed restrictions on lobstering in Maine waters will even save one whale."

Gov. Mills says she welcomes more support for the lobstermen.

"We don’t want to see the whale go extinct either, but we want to protect our billion dollar lobster industry, four-thousand plus people who work in that industry," Mills said Thursday.

Clive Farrin says the changes to protect the whales need to be made in Canada, not Maine. Six right whale deaths have occurred in the Gulf of St. Lawrence.

"The problem I’m having with the whole thing is those whales were not entangled and died in U.S. waters, but it's our own government agency that seems to be leading the charge against us," says Farrin.

Before the federal agency makes final rulings, the affected states have to respond to the mandate to reduce fishing impacts on right whale. The Maine Department of Marine Resources is Planning to release its own proposal next month.