Millinocket receives portion of mill site in 'Our Katahdin' deal

Between the purchase of the Millinocket Mill and the designation of the Katahdin Woods and Waters national monument.. there seems to be a lot to celebrate in a region that has lost so much. 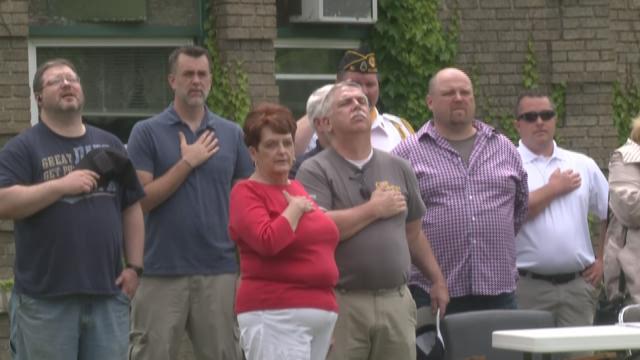 MILLINOCKET, Maine (NEWS CENTER) -- A recent tradeoff between the non-profit Our Katahdin and the town of Millinocket is putting a piece of the former Great Northern mill site back into the hands of the people.

When the non-profit bought the mill for a dollar back in January it came with roughly $1.5 million in back taxes owed to the IRS and the town by GNP West. Board members recently voted unanimously to create a partnership with Our Katahdin that would remove the money owed to the town in exchange for a piece of the property.

"This is our independence from all the people who have gone ahead in the past and taken advantage of our community, our mill site, our assets" Councilman Mike Madore said. "We now own our future".

The property that is being transferred is adjacent to the Millinocket airport. They will use the land to develop the town's airport -- an incentive for more businesses to come and invest here. "This land is pivotal for the growth of the region's airport and to attract additional funding to expand the aviation services to the region" Madore said.

In addition to the land, the partnership would also include the establishment of a joint Economic Development Committee made up of members of Our Katahdin and representatives appointed by the town. This committee will oversee the redevelopment activities of the former mill site for three years and provide strategic guidance.

"It gives the town a seat at the table and he gives us the ability to have a voice in the economic future" Town Manager John Davis said.

The group ended the ceremony signing the document which finalized the agreement. They also raised an American flag at the mill's entrance. This is the first time the site has had a flag in nearly a decade. Those that spent decades working there said moments like this were a glimpse of hope into what the future would bring.

"I've seen it go through bankruptcy and different companies take it over and them just shutting down and being gone" Marcia Nice said. "I just hope that they can make a go of it and something comes in here and brings the town back to life again. Nice worked at the mill for nearly 43 years. She said this is just what the town needs right now.

"Its true that this site brings a tremendous number of assets to the table" Our Katahdin founder Sean Dewitt said."But there are a certain number of liabilities we are working through". Our Katahdin is currently working on an application for an 'offer in compromise' -- which is something that takes a look at effective tax administration.

"The offer in compromise is to not pay the full amount in the interest of letting us do the full economic development necessary to generate more federal taxes, more state taxes and more municipal taxes" Dewitt said. "So we are working on filing that document and then we will be working with the IRS to find the right level of compromise to be able to resolve that particular liability".

Members of the non-profit knew that the project would not be an overnight success, however they feel it will be a thriving bio-industrial park for the generations to come. They currently have a few businesses that have expressed interest in the site -- their fingers are crossed for more good news to be released this fall.