Message in a bottle brings two Mainers together

A small note of kindness may not have traveled far, but it's helping to spread a big message. 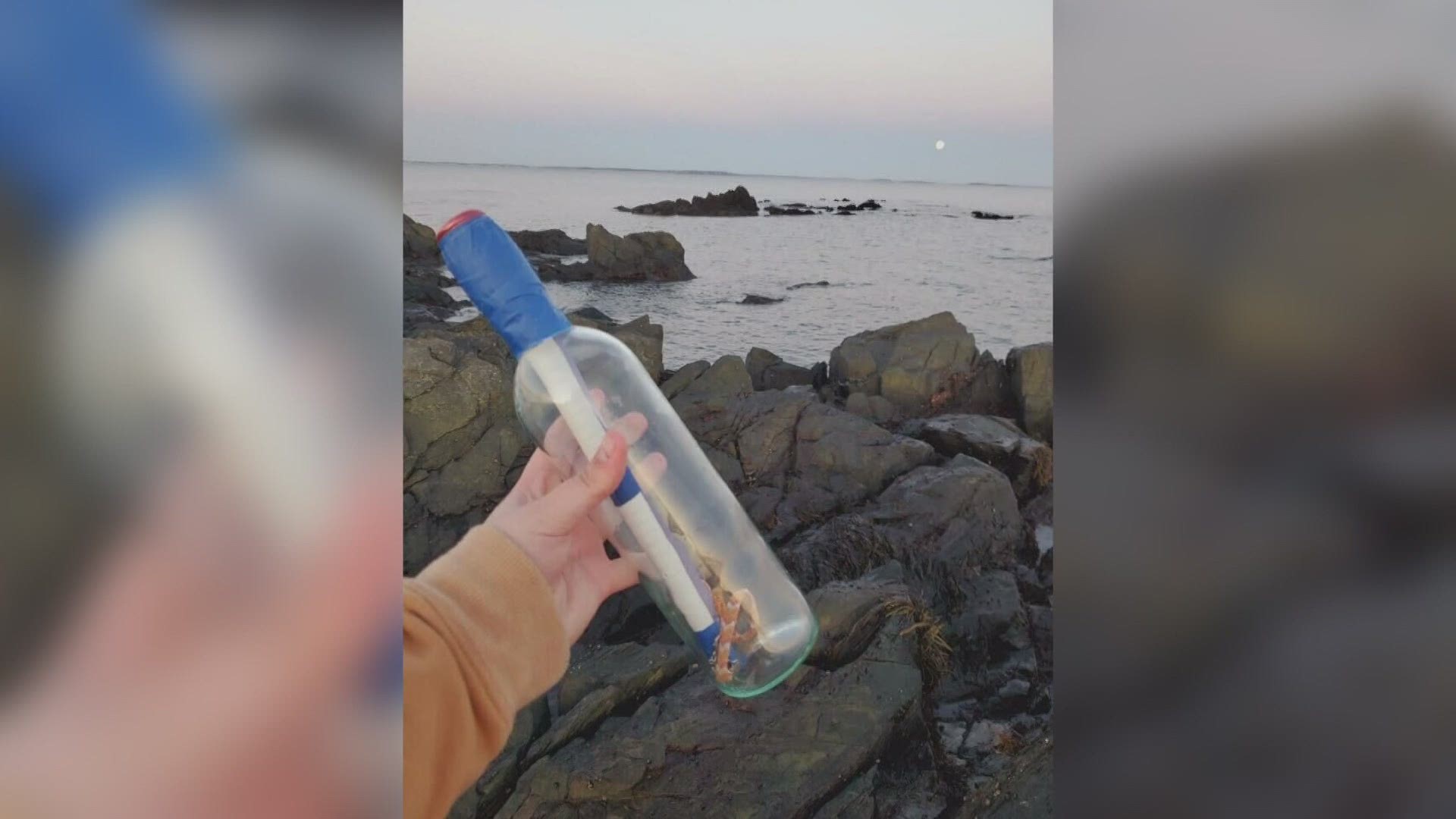 SACO, Maine — Two Mainers met face to face for the first time Thursday, all thanks to a message in a bottle.

"Sending a message in a bottle is something I've always wanted to do," Hannah Allen said.

Windham resident Allen decided to finally cross it off her bucket list.

"Wrote a letter trying to spread out some kindness because everyone needs kindness. I put the message in a bottle, made a friendship bracelet and sent it away," Allen said.

She sent it away on Bayview Beach in Saco last week. A few days later, Kendall Jackson found it not too far away.

"I came across a bottle and I'm the type of person who cleans up trash on the beach. I picked it up thinking it was just trash and then I saw the letter inside," Jackson said.

Jackson opened it and read this:

"Let's spread some kindness together. If you find this give me a text and let me know where my bottle ended up. Remember, in a world where we can be anything, be kind."

Jackson texted Allen thanking her for making her day.

"I thought it was awesome to be spreading kindness in a time like this. You never know what someone's struggles are nowadays especially with everything going on," Jackson said.

That's the reaction Allen was hoping for.

"One of the quotes I live by is if you can be anything in the world, be kind. It's always been a huge thing in my life. A lot of my friends have lost their battle to depression and it's something that's always been close to me," Allen said.

Although the bottle never left Saco, it made two people smile and come together to form a new friendship during stressful times.

A message in a bottle has brought these two Mainers together. Their hope....to spread kindness to others. More at 5:30. @newscentermaine pic.twitter.com/286HqgBEqh