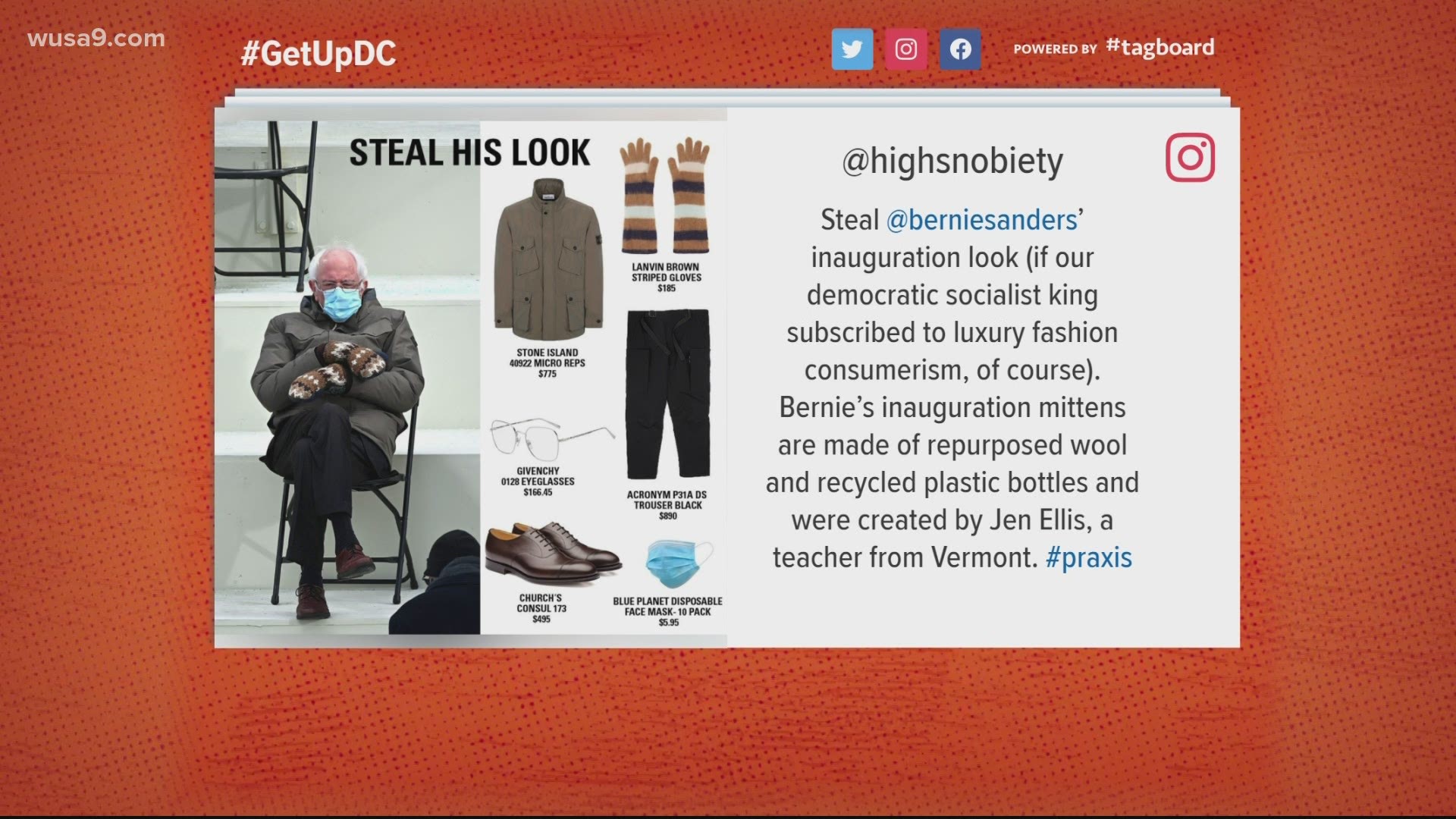 VERMONT, USA — Amid all the formality of Wednesday's inauguration of President Joe Biden, the sight of Vermont's junior U.S. senator wearing a decidedly casual and comfortable accessory turned heads and lit up social media.

"I was like, 'There they are,'" said Jen Ellis of Essex Junction, recalling the moment she spotted on TV the mittens she'd made for Sen. Bernie Sanders.

The independent who ran for the Democratic nomination for president had on mittens that were distinctively, perhaps even refreshingly practical. In fact, they were made from a recycled sweater and lined with fleece.

The mittens blew up on social media Wednesday, with people creating funny memes out of a picture of Sanders wearing them at the ceremony. The memes edited Sanders and his winter look into all sorts of wacky places, from the surface of the moon to right alongside Chewbacca and Han Solo aboard the Millennium Falcon.

"I love it that he loves them, and that he wears them," Ellis said. "And I'm totally honored that he wore them today."

Amid all the formality of Wednesday’s inauguration of President Joe Biden, sightings of a decidedly casual and comfortable accessory choice by Vermont’s junior U.S. Senator turned heads and lit up social media. https://t.co/2i2p333Ev6

Here's how it all started: Ellis' daughter, Helen, went to a child care center owned by a relative of Sanders'. When mom wanted gifts for the staff a couple of years back, she had an "in" who could slip a pair to the former presidential candidate.

"I think people like a heartwarming story — especially now," Ellis said of why the mittens captured so many people's attention on social media.

Ellis, who said she has never met the senator, is a full-time elementary school teacher in Vermont's Essex-Westford School District. She upcycles used wool clothes into mittens as a side business, to sell at craft fairs or to give as gifts.

Because the coronavirus pandemic forced the cancelation of craft fairs, Ellis said she has not been producing mittens for sale lately.

Hellen, who is just a few months shy of 6, has a pair of mittens similar to those Sanders famously wore to the inauguration.

"I always feel really cozy in them," the kindergartner said.

Sanders previously wore the mittens at stops on the campaign trail when he was running for president in 2020, and in interviews with Vermont journalists.

As for all those silly takes on social media about the senator's choice of accessory? The mittens' maker thinks they reflect Vermonters' creativity and passion for protecting the environment.

"The fact that these mittens, which were made from recycled and repurposed materials, made it to the national stage is really a shoutout to Vermont," Ellis said. "I'm really proud that he took them to D.C. and that he was there for this historic moment."