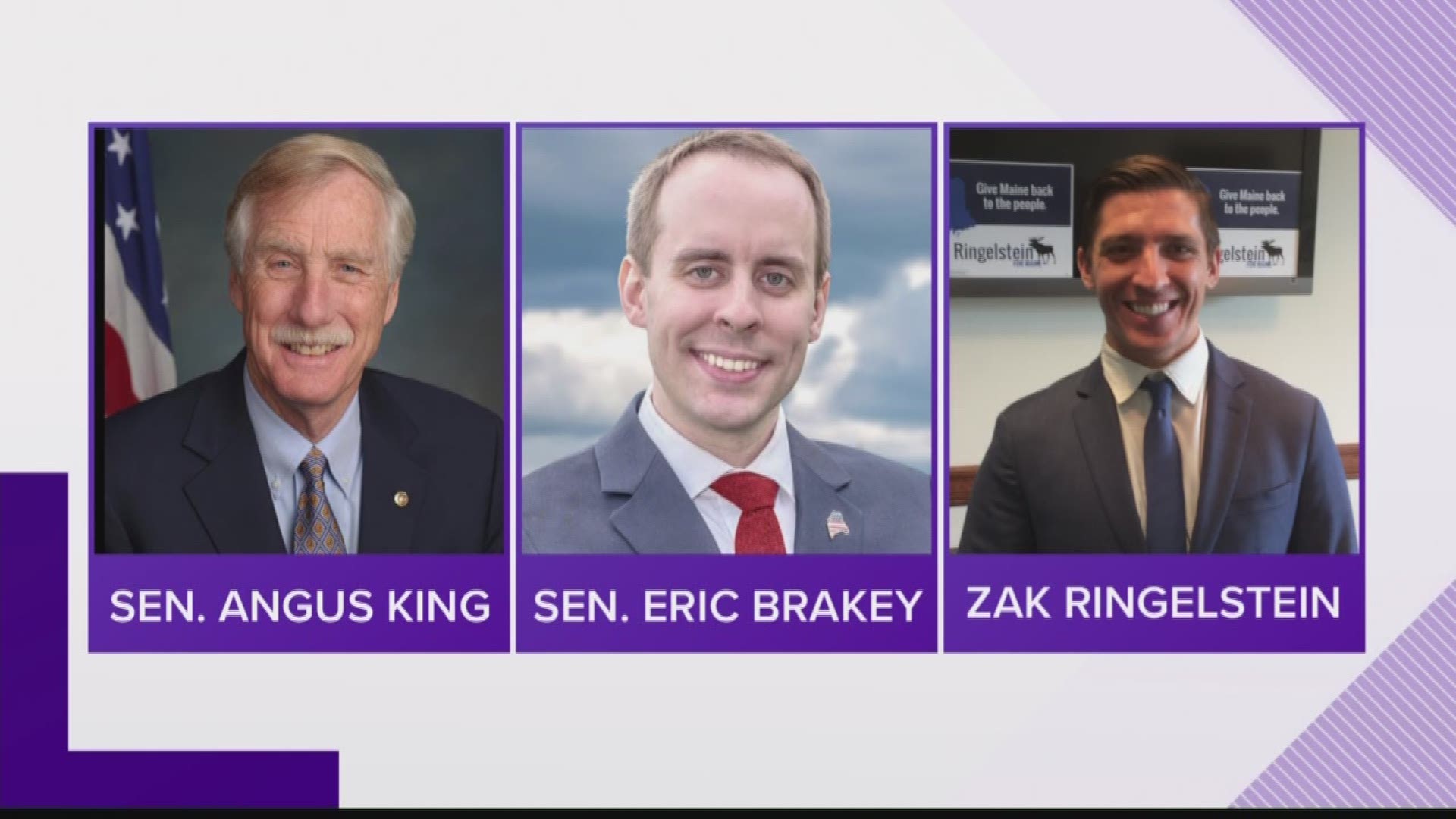 Linn was running against Brakey for the GOP Senate nomination, until the Secretary of State and two Maine courts said he failed to qualify for the ballot. Brakey’s campaign challenged many of the signatures on Linn’s nominating petitions, saying they were fraudulent and, in some cases, were names of dead people.

After two public hearings and reviews of the petitions, the Secretary of State threw out hundreds of signatures, and ultimately ruled Linn did not have the 2,000 valid signatures needed to qualify for the ballot. That decision was upheld by both the Superior and Supreme courts.

Linn was disqualified as a candidate. And even though ballots had already been printed with his name on them, the Secretary of State said voters would be instructed that any votes for Linn will not be counted.

That hasn’t stopped Linn, however. He is putting up campaign signs in various parts of the state and mailing out flyers telling recipients not to let the Democrat Secretary of State tell Republicans their votes don’t count.

The flyers even seek campaign contributions, despite the fact Linn is not an actual candidate in the primary, according to Secretary Matt Dunlap.

“Well, people can mark the oval but we will tabulate it as a blank vote,” Dunlap said. “Not going to say if Max Linn had been a legitimate candidate this is how many votes he would have gotten. We are not doing that. So we are not counting any of those votes.”

Dunlap said they will not count write in votes for Linn, either, because he missed the deadline to be a write in candidate for the primary.

What does Max Linn say about all this? Not a lot. When contacted by NEWS CENTER Maine by phone, Linn refused to answer questions, saying he would only do so in an on-camera interview,which has so far not been scheduled.

At this point, he does not appear to have violated any Maine election laws.