Prince George's Co. executive promises to fix whatever is 'broken' within police department 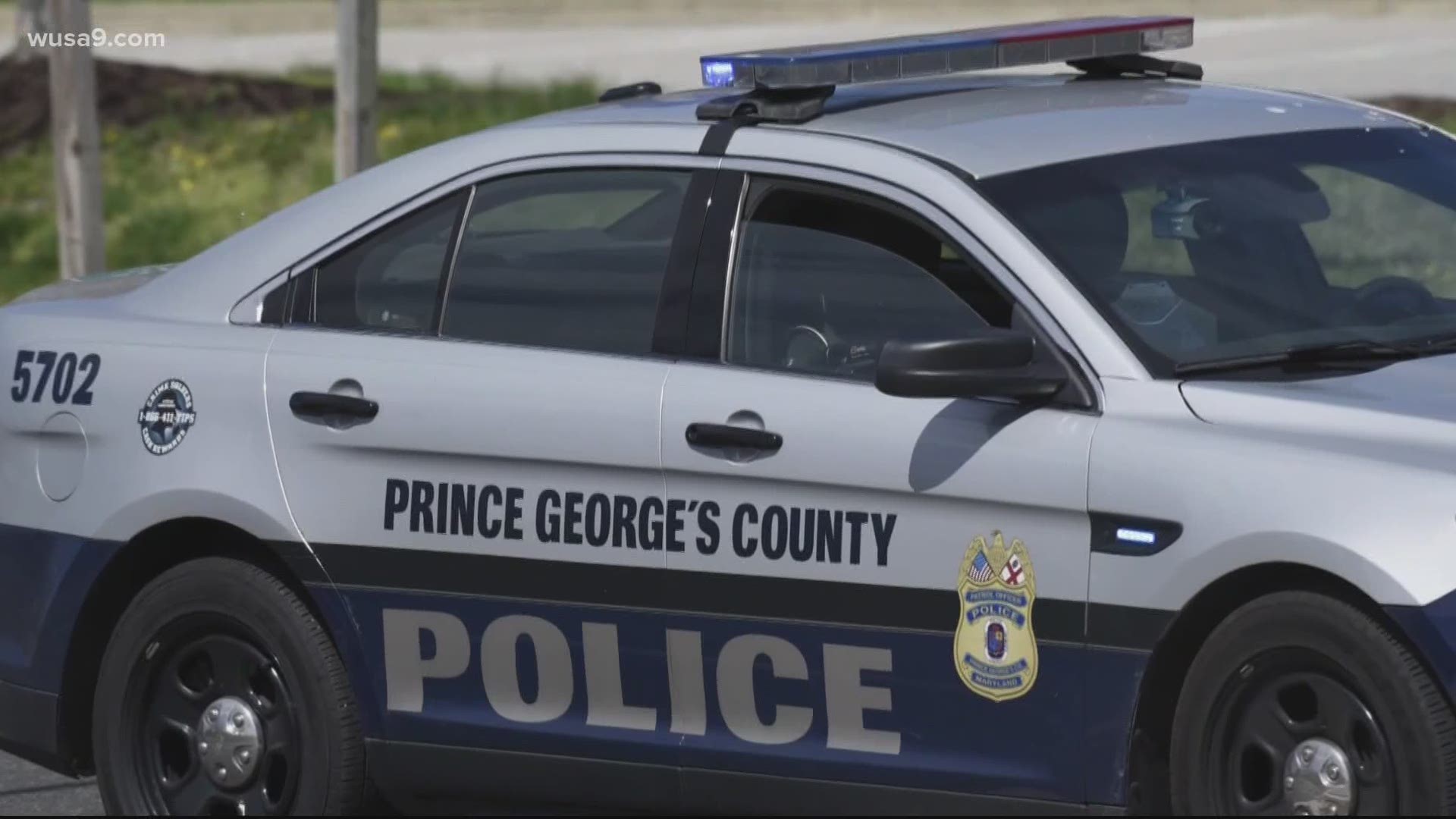 The Prince George’s County Police Department holds a news conference after it suspended an officer in its department today on a charge of misconduct in office.

Stawinksi is a native Marylander, graduating from DeMatha Catholic High School, and began his law enforcement career with the Prince George's County department in 1992; he became Chief of Police in 2016. He's also the son of a retired PGPD Sergeant.

The leader of Prince George’s NAACP chapter called for Stawinski's removal after a report was released documenting numerous allegations that serious complaints about racial bias in the department were never adequately investigated.

The new report, which was submitted as evidence in an ongoing federal discrimination lawsuit against the Prince George’s County Police Department, analyzed a database of the department’s internal investigations records called IAPro.

"The internal affairs that serves as the policing body of the police, has had a consistent, and well-documented pattern, of inconsistent disciplinary action," Lieutenant  Sonya Zollicoffer of the United Black Police Officers Association said.

In each case, the report states: “Although a complaint was made about this matter, there is no indication in IAPro or the Defendants’ discovery responses that this matter was investigated"

The report was commissioned by the ACLU of Maryland from Michael Graham, a former senior officer with the LA County Sheriff’s Office nationally recognized as a police practices expert.

According to a summary statement from the ACLU of Maryland:

The version of the Graham report available for public viewing in the court filing is heavily redacted at the request of the Prince George’s County Police department, according to ACLU attorneys.

The redactions include basic statistics about the demographic make-up of the department and its supervisors.

Calling for transparency, attorney’s for the ACLU asked the police department to remove the redactions.

These reports come as part of a lawsuit filed by the ACLU and 13 minority Prince George's County officers against PGPD over allegations of discrimination within the department.

"It makes me question how long this has been going on for?" Neece Peace, a  Prince George's County resident, said. "For them to now, all of a sudden, come out with it and say, ' yeah, they were treated unfairly.'"

On June 3, Stawinksi addressed his department and the Prince George's community via teleconference regarding the George Floyd protests that were ongoing in D.C., and across the nation.

"With respect to these protests, have courage," Stawinksi said. "I can support the view that these protests are appropriate. Because I think the things that are happening now (police brutality) shouldn’t happen. I do what I do because I support you. I don’t want you to be in those positions. I’m not going to allow the actions of one or a few, here or on the other side of this nation, to define you."

Stawinski also said that police officers from his department would not be going to D.C. or Baltimore to help out with protests in those cities, as he felt there was already enough going on within his jurisdiction.

Alsobrooks announced at a Friday press conference that Assistant Chief Hector Velez would serve as interim head of the department while the county conducts a search for Stawinski's replacement.

Velez, a Brooklyn-native and 26-year veteran of the department, said at a press conference Friday in response to calls for police reform that he was "here to listen, and I am hear to learn from all of you."

Before announcing Velez as interim chief, Alsobrooks thanked Stawinski for his years of service, noting that Prince George's County had seen a 50% reduction in crime over the past 10 years.

"Nevertheless, to everything there is a season... and we are in a new season," Alsobrooks said.

The county executive promised to tackle issues with the department, and said the county would be developing incentives to increase the number of PGPD officers who actually live in the district.

“I am under no illusion that there aren’t things that are broken in our police department," Alsobrooks said. "What I can tell you is that I am committed, however, to conduct a comprehensive assessment of where the challenges are.” 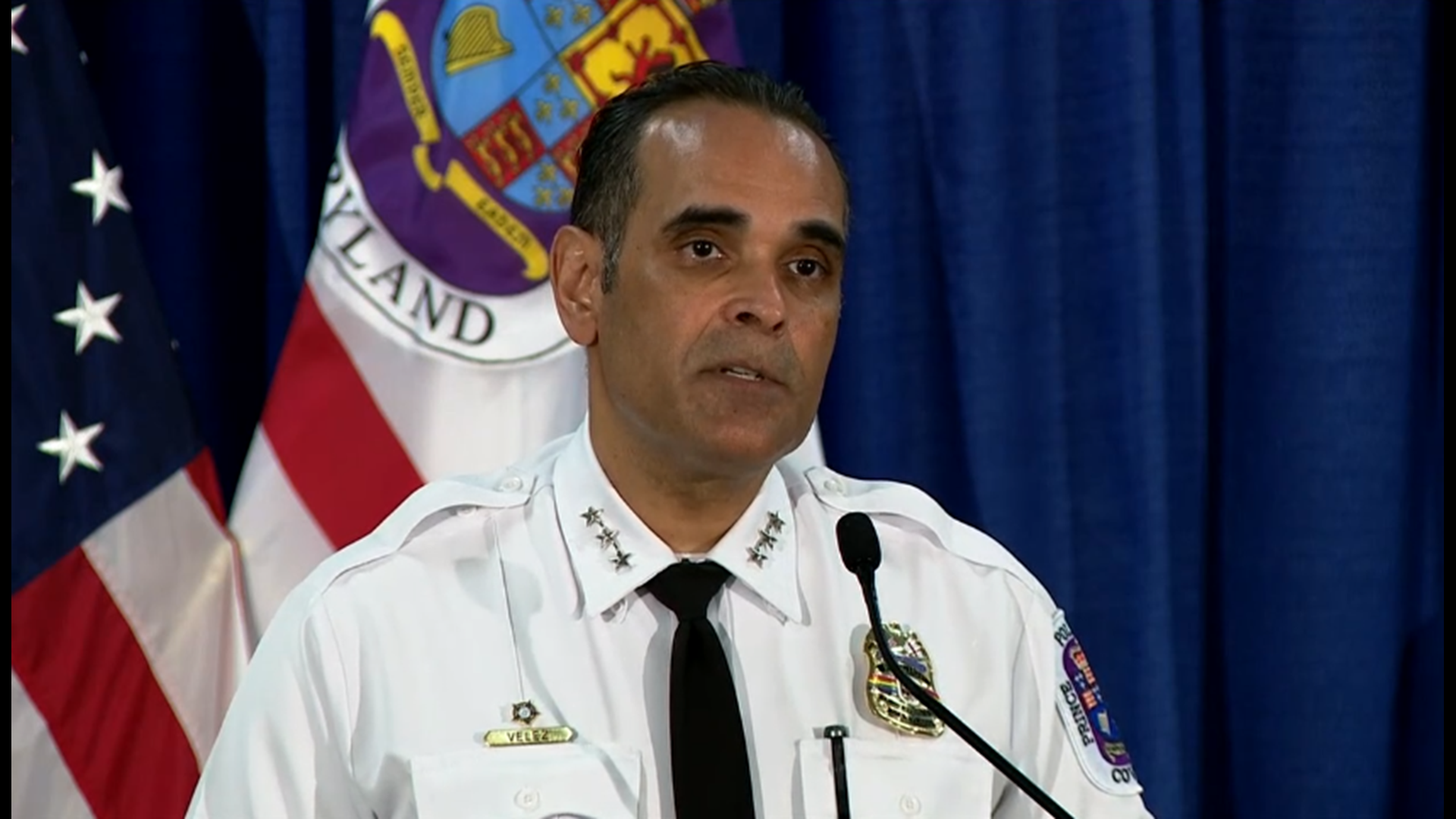 The Prince George's Fraternal Order of Police made a statement on Stawinski's resignation:

"FOP Lodge 89 wishes Chief Hank Stawinski the best of luck in his future endeavors and thanks him for his nearly 28 years of service to the Police Department and the citizens of Prince George's County. We look forward to welcoming the next Chief of Police and are dedicated to working together to ensure the safety of both our members and the community. We must now, more than ever, embrace our members diversity, hard work, determination, and commitment to protecting our community, while we collaboratively navigate our Agency through the challenges that lie ahead."

During his 28-year tenure with the PGPD, Stawinksi helped the department secure seven successful bids for accreditation, founded the Behavioral Sciences Services Unit, and led the “Arrive Alive” officer driving safety campaign at the time of his resignation.

"I thought he was doing a really good job," one Prince George's resident said. "But it was unfortunate to hear the news that there's racism within the department." 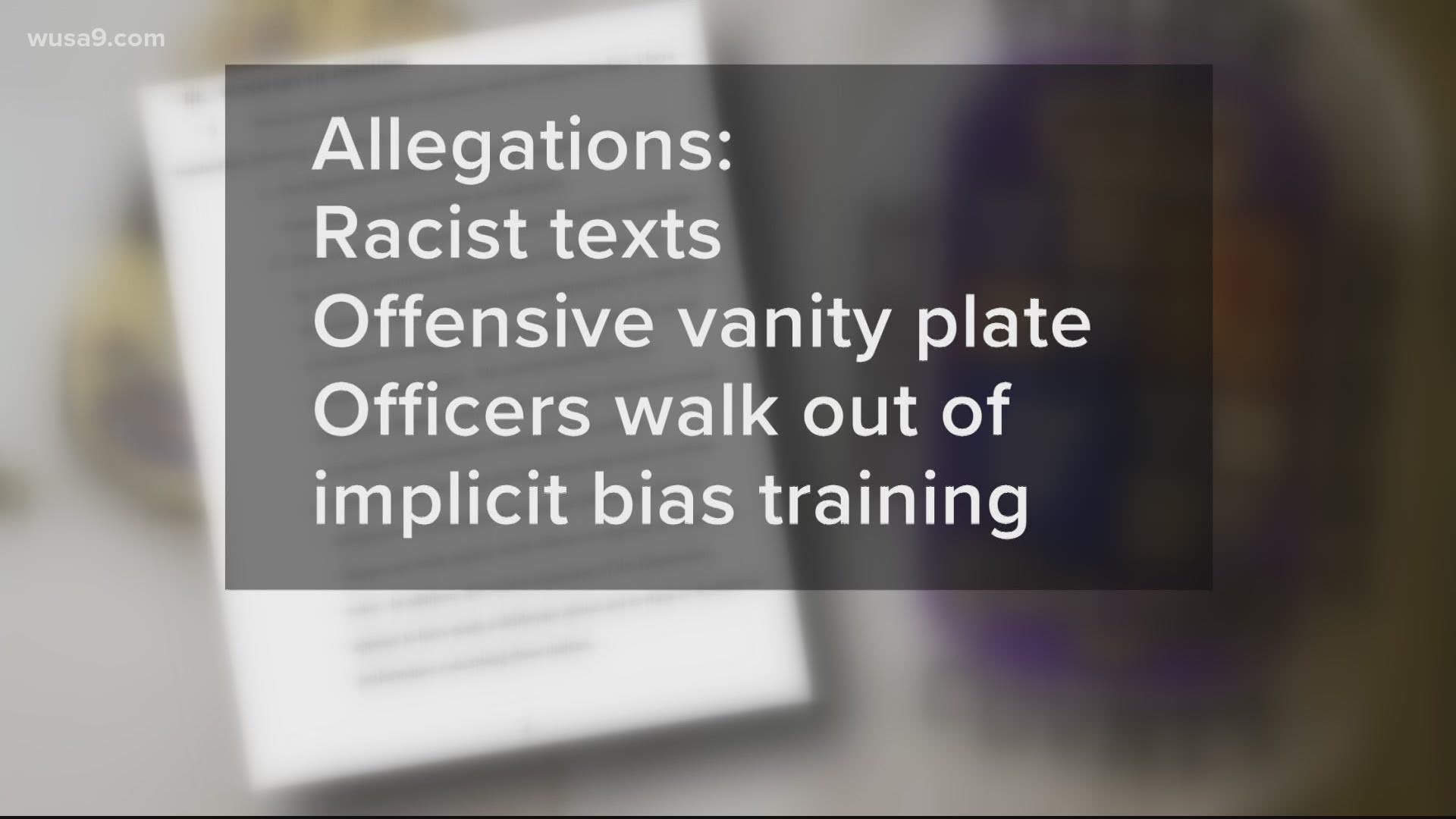