The Bellevue Marshal's Office said on Facebook that they're aware of Nate Silvester's TikToks and "this is NOT how we expect our Deputies to act on duty." 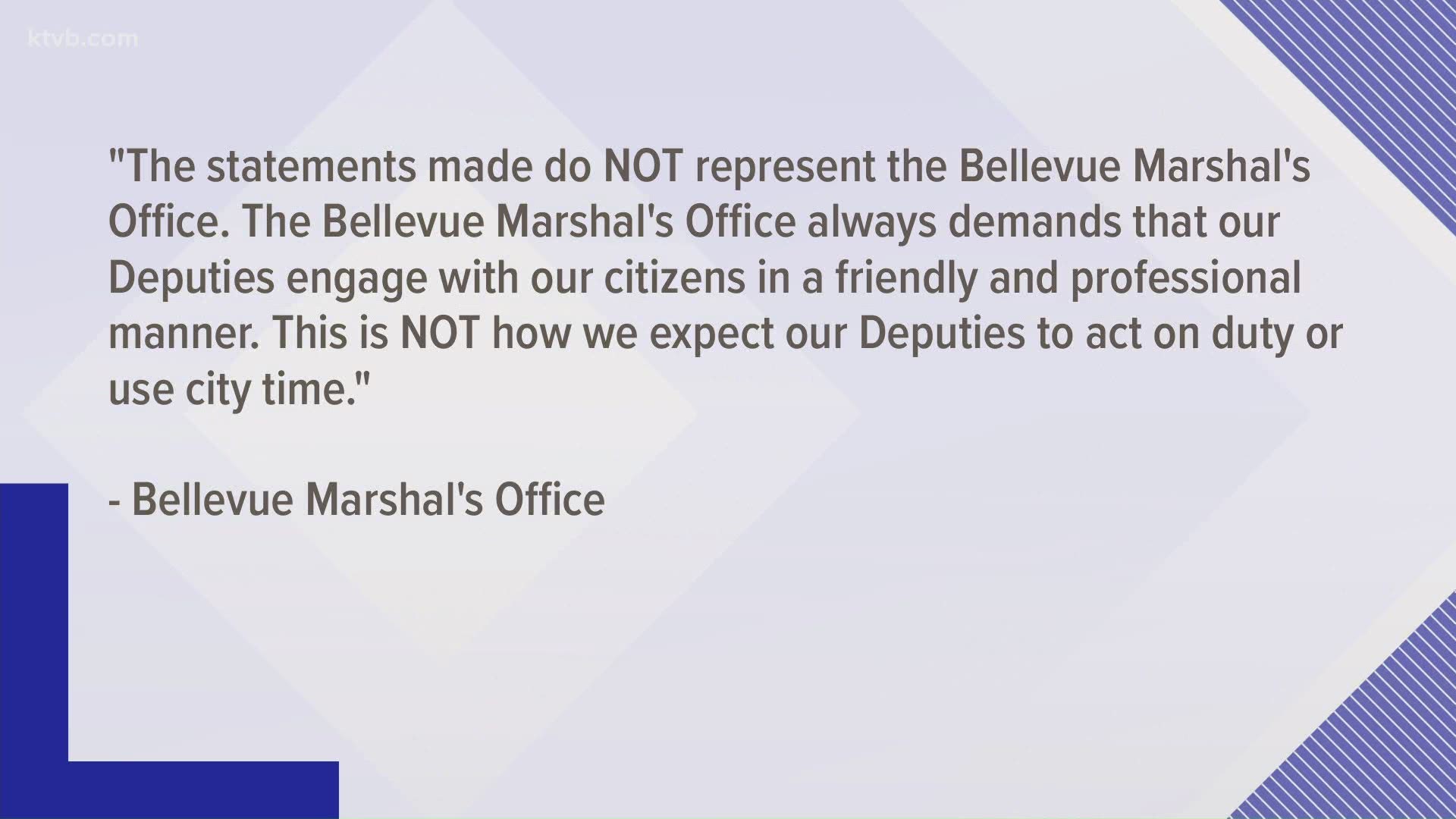 BOISE, Idaho — After one Idaho cop's TikTok mocking Lebron James went viral this week, the police department he serves issued a statement saying his statements don't represent the department and it "is a personnel issue that is being dealt with internally."

On Tuesday, the Bellevue Marshal's Office posted a statement on Facebook acknowledging that the agency is aware of Silvester's TikToks and thanked everyone who reached out to the office about the issue.

The Marshal's Office added that "This is a personnel issue that is being dealt with internally."

According to the Idaho Mountain Express, Bellevue Mayor Ned Burns confirmed that a formal complaint has been filed by a citizen against Silvester. The mayor told the paper that he couldn't say if the deputy marshal has been suspended.

"This is NOT how we expect our Deputies to act on duty or use city time," the Bellevue Marshal's Office wrote.

When KTVB spoke with Silvester on Tuesday, he said he was unaware of the complaint and couldn't comment further on the matter.

A GoFundMe has been set up for Silvester while he is suspended without pay. As of Thursday afternoon, it has raised over $110,000.

In a YouTube video, Silvester said he is extremely grateful for the outpouring of support and that the funds raised are "going to be used to make more content to shed positive light on law enforcement."

He said the content would "shift the focus" away from himself to the bigger picture, which is "law enforcement officers who find themselves in situations where after they've done their job and they've done the right thing, that they're bing attacked by media and celebrities and people who want to vilify and crucify police officers for just doing their job."