Marijuana Caregivers: dealing in cash puts our businesses at risk for crime 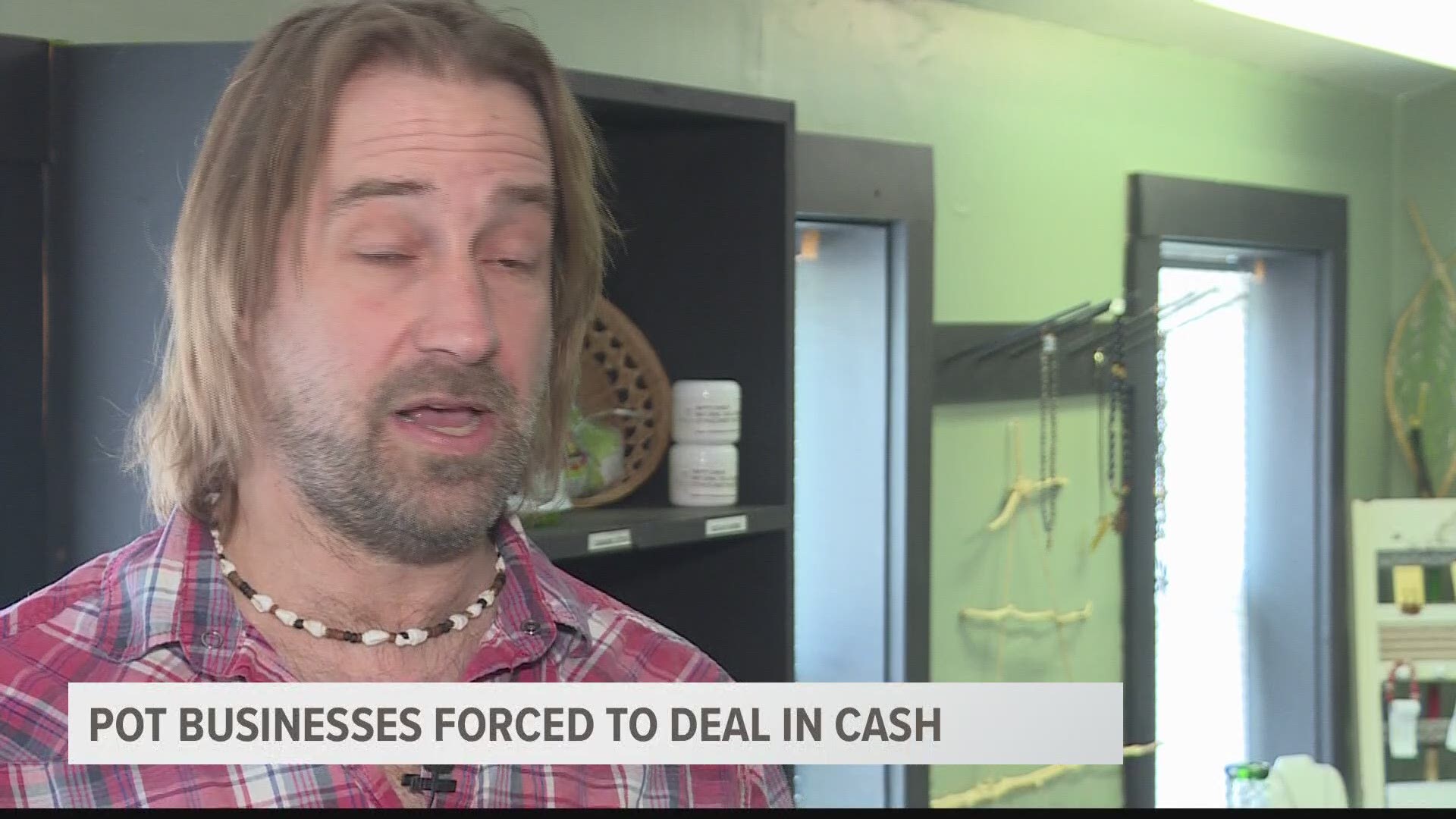 UNITY (NEWS CENTER Maine) -- Some medical marijuana businesses are calling on Congress to allow banks to serve licensed pot businesses without the threat of federal penalties.

Caregivers say having to deal in cash put their businesses at risk for crime.

They say that's what happened to a medical caregiver in Millinocket shot and killed during a home invasion last December.

59-year old Wayne Lapierre was shot and killed during a robbery at his home. Two men and a woman are accused of the crime stole hundreds of dollars in cash. Proceeds from his business he stashed in a safe in his home.

Caregivers we talked to say Lapierre was an easy target because it's known that most banks won't serve businesses that make a profit from marijuana which is considered illegal under federal law.

Mainers spent more than $60 million at medical marijuana dispensaries and with caregivers in 2016 -- a booming industry that could explode when recreational pot business opens sometime next year.

Caregivers say such a void of banks to deposit their money will make their businesses more of a target for violent crime.

'We are getting robbed we now have people who are getting murdered, we are running around with cash everywhere which is exactly what our government doesn't want,' said Dawson Julia, the owner of East Coast CBD's.

Dawson's bank account was closed two years ago. He now banks with a credit union, one of only two in the state we understand that is willing to work with licensed marijuana businesses.

A bill that would create a safe harbor for banks to work with medical and recreational businesses is pending in Congress but it's not known when it will be up for a vote.