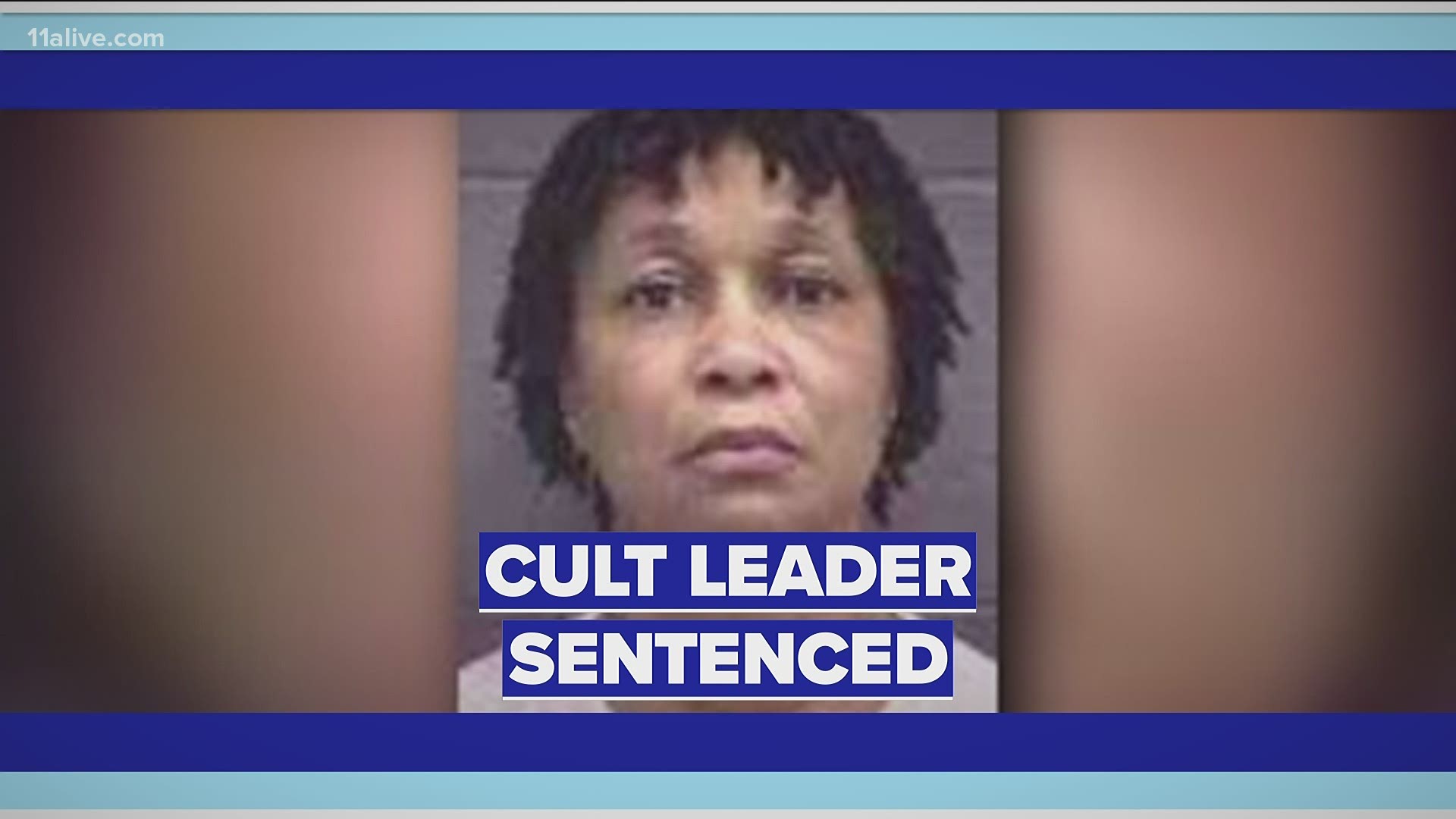 MARIETTA, Ga. — A former Marietta resident and cult leader charged with murdering two toddlers is expected to spend the rest of her life in prison.

Seventy-nine-year-old Anna Elizabeth Young, who ran the so-called "House of Prayer" cult in Alachua County, Florida in the '80s, was sentenced to 30 years behind bars after pleading no contest to charges of manslaughter and murder.

She pleaded no contest to murdering toddler Emon "Moses" Harper and no contest to the charge of manslaughter in the death of toddler Katonya Jackson in the 1980s. She was convicted Wednesday of killing both.

All of this came to light thanks to one woman who turned her in: her daughter, Joy Fluker. She called police in 2016, eventually leading to Anna's arrest a year later in Marietta where she had been living on the run.

"What I'm not going to do is lie about the lives that were lost during all of this ... the journey," Fluker said. "I feel like if I live with those, I'm just as guilty."

Joy speaking up is what sparked more investigations and led to "Mother Anna's" second murder charge. The House of Prayer was supposed to be a religious boarding school but ended up being a place where many were starved, burned and whipped with extension cords.

And for some, like toddlers Emon Harper and 2-year-old Katonya Jackson, it is where they were killed.

"I remember hearing her screaming in the next room over, getting a spanking and it was intense," Fluker said. "Then, all of a sudden, the crying stopped. Everyone rushed in and I thought she was dead because they rushed her out and I just saw her limp body."

Joy remembered the traumatic events that began in the 1980s and spanned into the early 90s like it was yesterday.

"Beatings and whippings and starvation and be locked in boxes and eat cow manure," she said.

The downfall of Anna's church began in 1992 after the case of 12-year-old Nikki Nickelson.

Credit: Provided
Nikki Nickelson led a tortured life following the abuse she suffered at the hands of Anna Young

Police reports said Nikki was held down in a metal tub filled with chemicals and scalding water. She suffered second-degree burns and had to learn how to walk again. 11Alive spoke to Nikki's sister back in 2017.

Young was charged with child abuse in the '90s and fled with Joy, running from law enforcement for nearly a decade. Recognized from the FBI's most-wanted list, she was turned in in 2001.

She served 192 days in jail but, 16 years later, was back in police custody when she was arrested in Marietta.

Joy said there are things she regrets, including seeing many of those in the house suffer while she was there and not being able to help. But she knows speaking up will help bring justice to those involved.

"This is what I'm ashamed of ... this is my life sentence," she said while holding back tears.

Joy's mother has been in jail since. Now, she's expected to be forever, after being sentenced to 30 years in prison.