Eight public schools in Maine are embarking on a new way of teaching and learning and not everyone is happy about it. 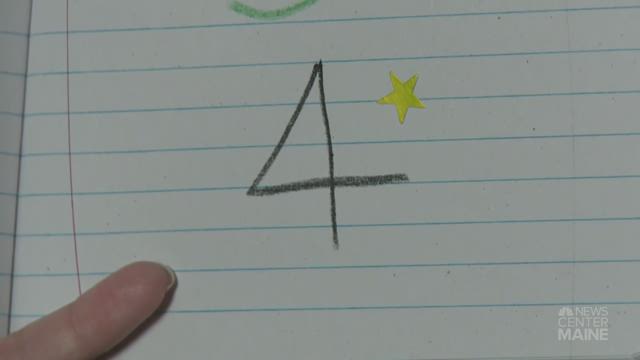 (NEWS CENTER Maine) — Eight public schools in Maine are embarking on a new way of teaching and learning.

Rather than the standard system of grading they are switching to something called Proficiency Based Learning.

It’s a program using a one to four grading system, designed to reflect a student achievement, every student moving forward not just when they get a better grade but understand and are proficient in four areas.

“It’s frankly not acceptable. And I think the state needs to realize they need more time.”

Jacob Favolise is so fired up over proficiency-based learning or PBL, he wrote to News Center Maine.

Beginning with his class, all grading and learning will be proficiency-based. He claims that 9 out of 10 students at Sanford High are very concerned that PBL is a 'potentially disastrous new reform'.

"The school and the state, as a whole, is really not ready for this, they’re trying to implement a system that is in schools that are really not equipped for it.”

Those who support PBL along with Educate Maine (educatemaine.org) say the new grading system levels the playing field for all students; changing the grading system from A to F to a metric that measures individual students’ growth.

It's similar to a ‘project based learning’ honors engineering class at Kennebunk High, in which students imagine then execute 'real world' engineering projects which must work.

KHS uses a hybrid approach to education, combining the standard grading system with PBL. When students achieve proficiency in English, Science, Math and Social Studies, they can move on to the next level.

PBL supporters say it promotes cross-cultural skills, critical and creative thinking, and problem-solving, catching kids who might otherwise fall through the cracks.

“What causes the most dropouts in Maine? It gets to be around math and algebra 2. And I’ve had plenty of students who I know that’s what their struggle was and a number of them have dropped out of high school cause they couldn’t get over that hurdle.” Senator Brian Langley, Republican Chairman of the Maine Legislature's Education and Cultural Affairs Committee explained.

In 2012, nearly 1900 Maine students dropped out of high school. Senator Langley helped craft a bill that same year requiring all students, including those with college aspirations, to receive Proficiency Based Diplomas.

“What proficiency-based learning and diplomas do for those students who don’t have those aspirations, it guarantees they’ve got the skills they need to be successful post-secondary and into the workforce.”

“I worry about the translation as far as widespread college application goes,” Jacob says he's worried primarily about Princeton University, where he’s hoping to go to college in 2021.

Princeton's answer is as long as a student has a diploma from an accredited high school, they will be considered for admission.

Georgetown University Center on Education and Workforce ranks “critical thinking” and “active listening” among the most important skills while Harvard Graduate School of Education calls for strong work habits plus concern for others” in its admissions process.

Nancy Davis Griffin, Vice President of Enrollment Management and Student Affairs at the University of Southern Maine has worked directly in Admissions as both a Dean and a Director. She oversees admissions, financial aid and other student services at USM. When asked how applicants with "non-traditional transcripts" are viewed by admissions at USM and other colleges, she answered, "It's important for parents and prospective parents to understand that it is normal for transcripts to come in a variety of fashions". USM Admissions receives "a lot of transcripts...with no (traditional letter) grades. They come to us with a variety of unique standards that schools are measuring their students on. So we are really used to and adapt well to a variety of different types of transcripts."

His freshman class is the first to go through PBL and he says students, parents, even his teachers are more confused than ever.

"The school and the state, as a whole, is really not ready for this, they’re trying to implement a system that is in schools that are really not equipped for it.”