Mark Schepis, 45, and Luke Stephenson, 12, both of Waterboro, were waiting outside of the Cozi Corner Café with their families when they were struck and killed. 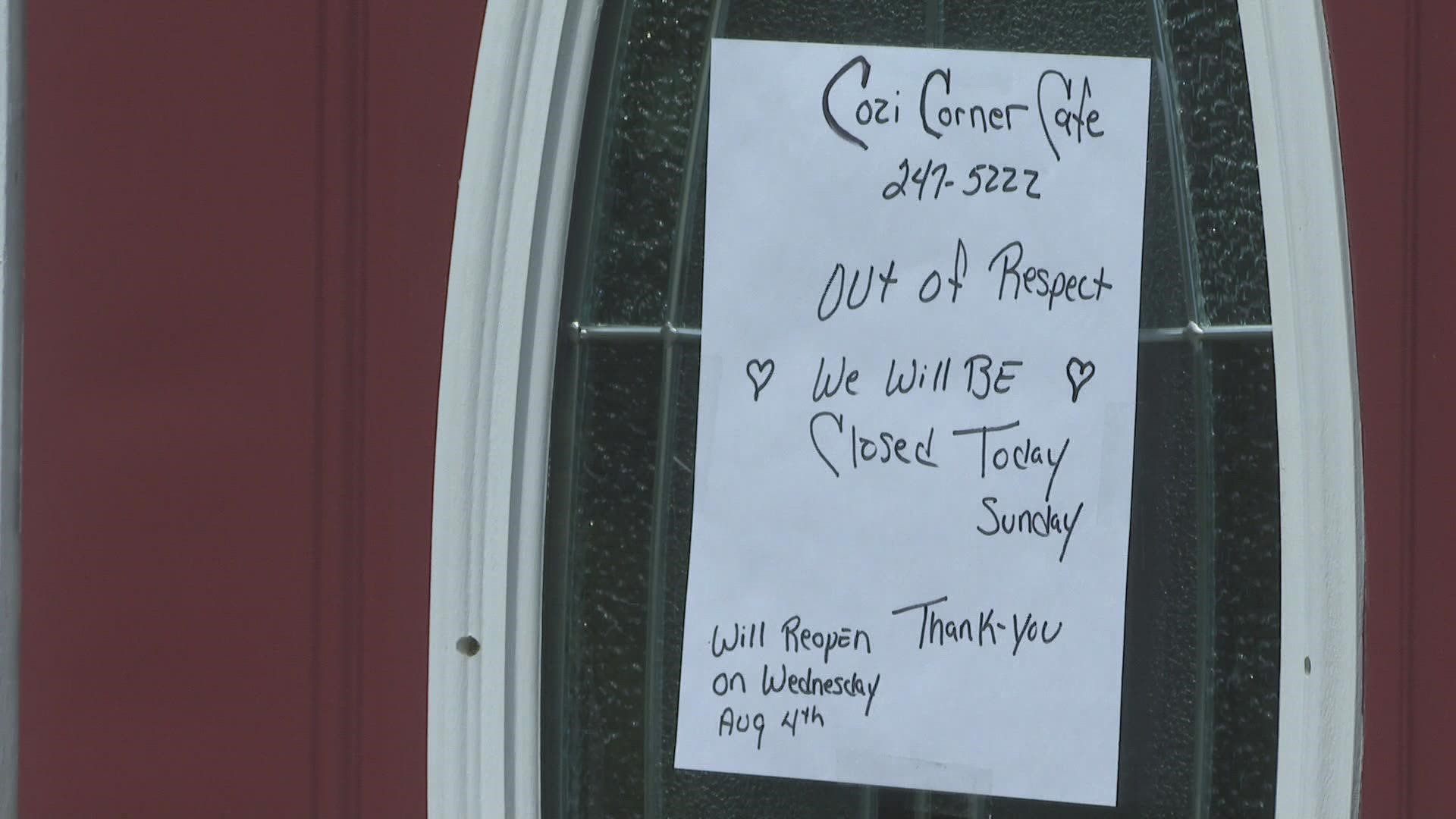 WATERBORO, Maine — One man and a twelve-year-old boy were killed Saturday morning after police say a driver struck them outside of the Cozi Corner Café in East Waterboro.

According to the York County Sheriff's Office, Mark Schepis, 45, and Luke Stephenson,12, both of Waterboro, were waiting outside of the restaurant around 9:00 a.m., with their families when a car being driven by Charles Stoddard, 64, also of Waterboro, struck and killed the two after veering off of Sokokis Trail.

Stoddard’s car crashed into the marquee of the restaurant parking area where police say people were waiting for their turn to go into the Cozi Corner Café. Stoddard’s car kept on going after the first crash and slammed into a truck, but the driver, Mark Tuttle, of Porter was not injured in the accident.

Both victims were pronounced dead at the scene. Stoddard was taken to Southern Maine Medical Center but has since been released.

The investigation is ongoing. According to the release, no charges have been filed as of now.

Officials say they are reconstructing the crash to figure out exactly what happened.