The Lewis R. French, which sails out of Camden, was built and launched by the French family in Christmas Cove 150 years ago 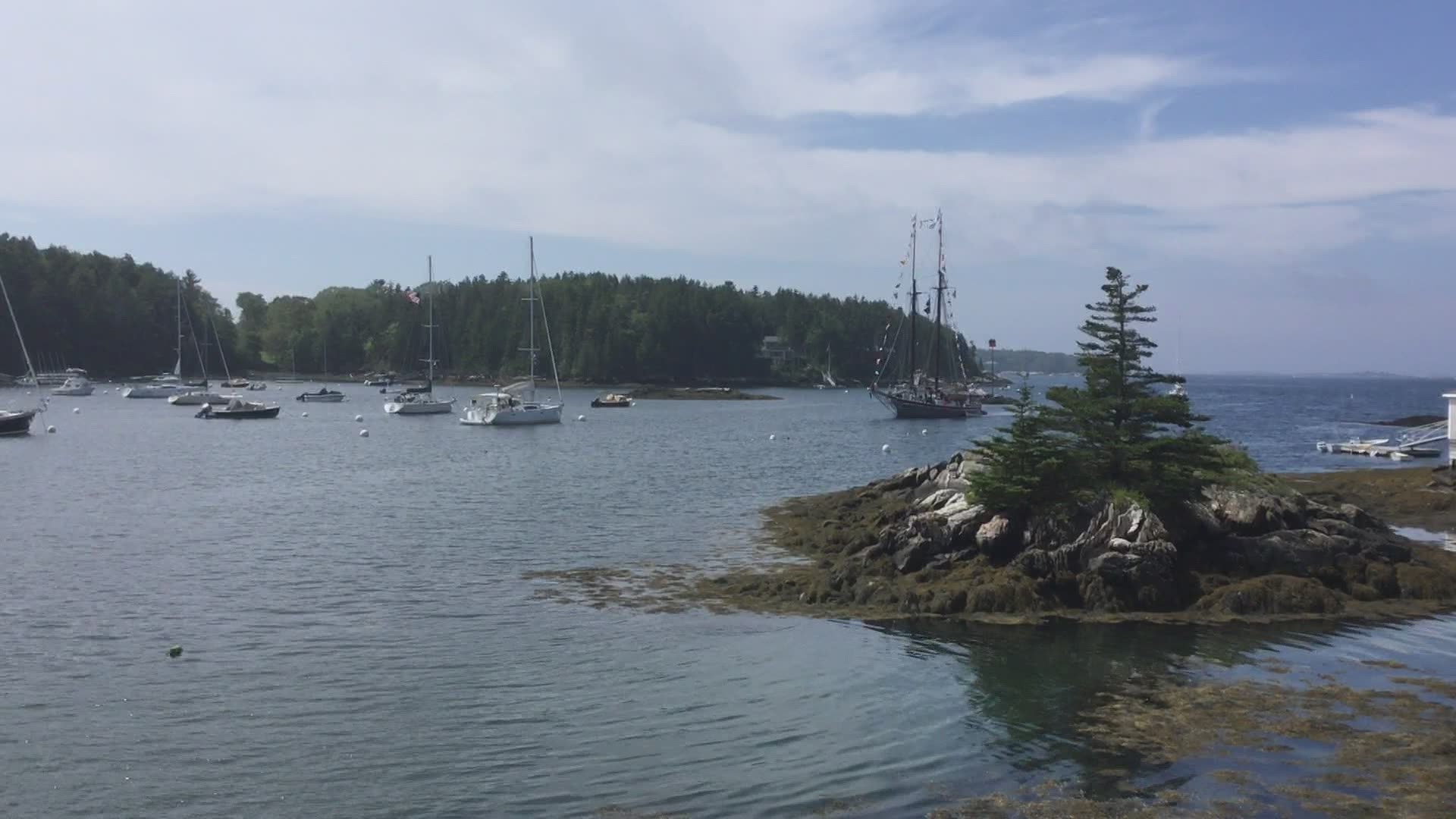 SOUTH BRISTOL, Maine — With the boom of a cannon, the windjammer Lewis R. French made a stately entrance Saturday morning into the small harbor of Christmas Cove. It had visited before, though not recently. But this trip was different. It was the ship’s birthday.

The Lewis R. French, which sails out of Camden, was built and launched by the French family in Christmas Cove 150 years ago this year.

Nowadays, Christmas Cove is known as a summer harbor, filled with cruising boats. But in the 1880s, the summer business was still new, and the Cove was a place where people like the French family could build and launch big schooners to carry freight. It did that for decades, including time as a sardine carrier in the 1950s and 1960s.

Then in the mid-70s, a young schooner skipper bought and rebuilt the French and transformed it into a passenger schooner for Maine’s famous windjammer fleet.

The current owners, Garth Wells and Jenny Tobin, have owned and sailed the schooner for 16 years. They decided the 150th birthday deserved a celebration.

The ship and its 20 passengers tied up Saturday at the Coveside Restaurant and Marina for public tours and a chance to celebrate the oldest working Maine schooner still afloat.

“Oh it's so cool,” they added. “It feels really great, a special thing for the boat to be back.”

The Lewis R. French was scheduled to sail out Monday morning. It will be in Boothbay Harbor for this week’s Windjammer Days events and then will sail into Rockland Friday for the first big party of Maine’s delayed Bicentennial celebration.

From there, it is scheduled to join Maine’s second-oldest windjammer, the Stephen Taber,  which will also turn 150 later this year.

RELATED: Two Maine-built boats in the running for 'Boat of the Year'