'Maine’s housing crisis can be seen in every part of this state': lawmakers, residents call for action 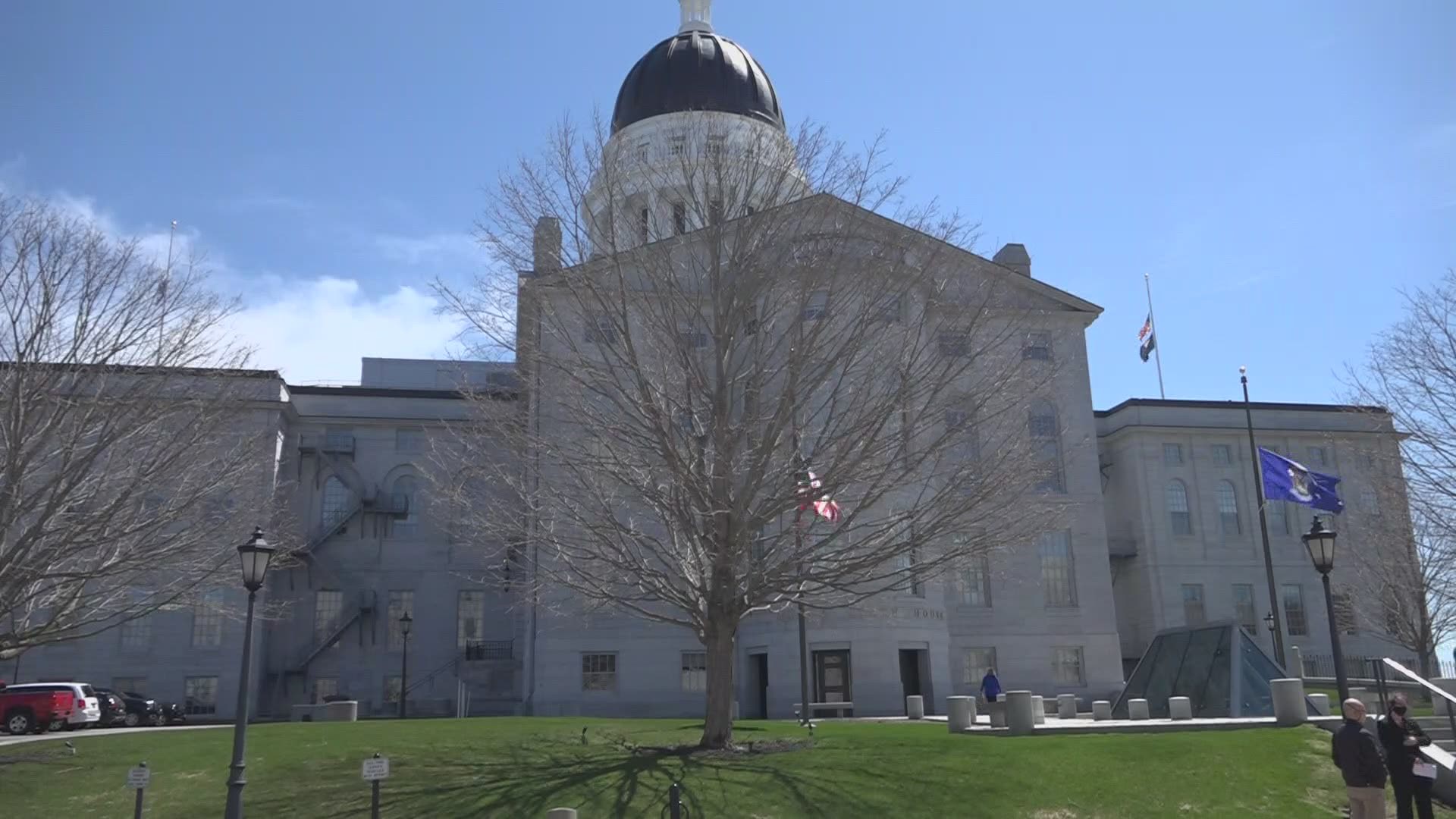 AUGUSTA, Maine — Maslow's Hierarchy of Needs teaches that in order to survive, human beings need food, water, air—and shelter. That's why some of Maine's legislators are working to address the affordable housing crisis in our state as it continues during a particularly challenging year.

Six legislators, all members of the Legislature's Housing Working Group (founded in September and made up of more than 40 legislators), held a press conference Tuesday. In front of the State House, they discussed the current housing situation in Maine and current proposals in the Legislature, designed to address housing affordability and availability in our state.

House and Senate Democrats were joined by affordable housing advocates and Augusta resident Kathy Rondone, who shared her personal experience dealing with the housing crisis.

“My story could be yours, or your neighbors, or your sisters or parents," she said.

Rondone moved into a fixer-upper with her husband Frank. The two were set to remodel their "retirement nest" until Frank was diagnosed with Alzheimer's. Kathy was left unable to afford the mortgage payment and the cost of repairs at the new home after Frank was placed in the Augusta Veterans Home.

“I actually lived without heat or hot water for five months because of plumbing problems," Kathy added.

She ended up finding a subsided housing apartment complex with a place to call home, but said she thought she would have to live out of her car due to other rental options being too expensive.

“I certainly never expected the issue of affordable housing to touch me, but it has," she added.

The real experience of Kathy Rondone and thousands of Mainers is why the legislators held Tuesday's press conference where they went over the key policy areas that will address this housing crisis.

I’m LIVE at the State House to preview a press conference about affordable housing, expected to happen at 11 a.m. today. Why some legislators say the pandemic has made this problem worse and how they’re hoping to address it on @newscentermaine at 6 and 6:30 a.m. #wakeMEup pic.twitter.com/ROLRhmMbuZ

RELATED: More homebuyers in Maine interested in rural communities, others selling to take advantage of the hot housing market

Legislators involved say there are more than 50 bills addressing affordable housing this session. They also say this is a bipartisan issue.

"We have identified that this is a crisis in our state, and it's neutral on party lines," said Rep. Victoria Morales, D-South Portland. "Housing instability happens to every single one of us, or could."

"There's a real opportunity, I think, for us to come together about how we provide [affordable housing] for elderly folks, for low- to moderate-income folks," Rep. Kristen Cloutier, D-Lewiston, added. "I think there's [an] opportunity for us to talk about the issue of homelessness and how that's affecting our communities individually."

RELATED: How struggling households can get federal rental assistance

Both say the housing crisis in our state is at its worst, partially because of the pandemic, but also due to a lack affordable housing for renters; lack of availalble homes for homebuyers; lack of incentive for people to own and develop property; and the need for more housing choice vouchers.

Morales said the waiting list for Section 8 vouchers has increased from about 19,000 households in 2019 to more than 25,000 households in 2020. In Maine, there are only about 518,000 households total, she said. The pandemic has also shined a light on the need to address problems like homelessness since housing is a basic need.

"We're at a time where I think it's a good opportunity for us to sort of revise the way we think about housing and how we're providing that housing for folks," Cloutier said.

"If you don't have housing, you can't access the benefits of education, of healthcare, of treatment, of job opportunities," Morales said.

Courtney Allen of the Maine Recovery Advocacy Project spoke to the struggles Mainers who are recovering from substance abuse face during the housing shortage.

“People cannot recover from substance use disorder [without a safe place to live], and people don’t have safe places to live," Allen said. “Listen, I thought finding a place for people to live before the pandemic was hard, now it’s nearly impossible.”

Cloutier and Morales said they expect the state will receive some funding for housing -- perhaps the most ever to address the housing crisis -- from the federal American Rescue Plan. It will be up to the Maine Legislature to determine how to use that money.

The Maine House will vote Wednesday on a joint resolution recognizing housing needs in Maine.