Mainers react to Derek Chauvin guilty verdict: 'This is a time of reckoning' 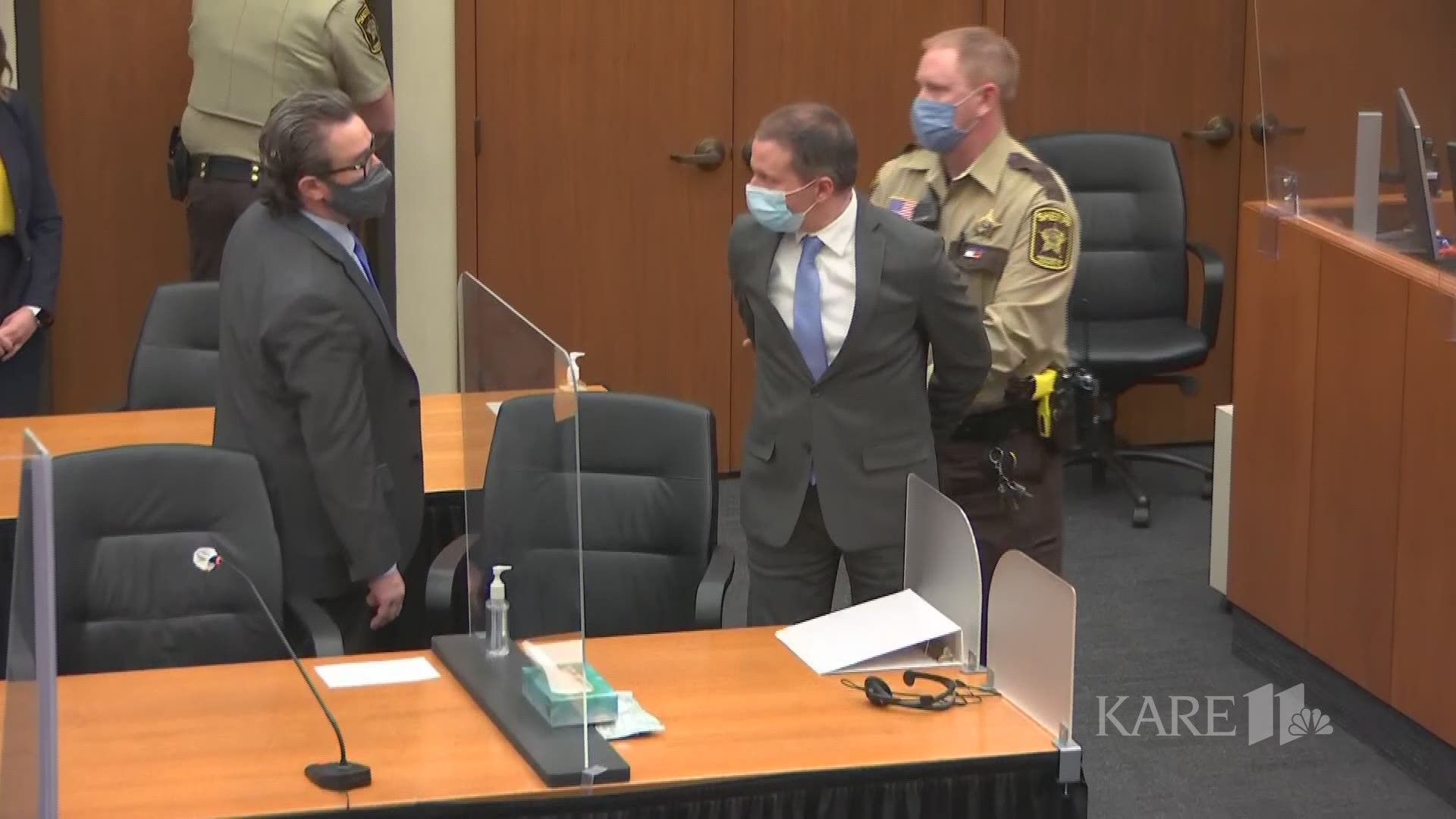 A jury on Tuesday found Chauvin guilty on all three counts of murder and manslaughter in the May 25, 2020, death of 46-year-old George Floyd.

Videos taken by bystanders and security cameras showed Chauvin, who is white, kneeling on Floyd's neck for more than nine minutes, although he lost consciousness. The murder prompted protests around the country.

"We cannot have justice without accountability," Ali said in a statement. "Today, with a guilty verdict we have moved the needle on accountability. We cannot forget that for 8 minutes and 46 seconds Derek Chauvin put his knee on the neck of our brother George Floyd. We cannot forget the Black Lives lost to police brutality. This is a time of reckoning; a reckoning with systems of white supremacy that put my community; that put black lives at a greater risk for police violence. Together it will take all of us to stop the criminalizing and killing of black bodies. Together we fight for justice."

"Americans of all backgrounds must now come together to push for change, and Congress must address the inequalities that have obstructed equal justice under law for far too long," U.S. Sen. Angus King, I-Maine, said in part.

Today’s verdict holds George Floyd’s killer accountable, but the work for justice is just beginning. Americans of all backgrounds must now come together to push for change, and Congress must address the inequalities that have obstructed equal justice under law for far too long.

Republican U.S. Sen. Susan Collins of Maine said, "The jury did its work and the judicial system worked well. Today's verdict demonstrates the importance of a strong and independent judiciary."

Maine Gov. Janet Mills said in a statement Tuesday night that "The jurors did their job."

"My heart goes out to the family of George Floyd, and I hope this verdict brings them a measure of justice and comfort and allows us to heal and to become a more compassionate nation, with respect and dignity for all people," Mills said.

"The Chauvin verdict marks the first time in Minnesota history that a white police officer has been held accountable for killing a Black man," ACLU of Maine Executive Director Alison Beyea said Tuesday.

"While today’s verdict is a step forward in the fight for police accountability and may help heal a grieving community, the systems that allowed a police officer to murder Mr. Floyd remain fully intact," Beyea continued. "The fight for justice by no means ends with this guilty verdict.

"Honoring the lives of George Floyd, Daunte Wright, Breonna Taylor, Eric Garner, Philando Castile, Tamir Rice, Michael Brown and countless other Black lives violently taken at the hands of police means renewing our conviction to create a world where police do not have the power abuse and harass Black communities. This world includes divesting from policing and reinvesting in the Black and brown communities that are harmed by over-policing."

RELATED: Obama: Chauvin guilty verdict 'a necessary step on the road to progress'

"George Floyd should be alive today," Rep. Chellie Pingree of Maine said on Twitter. "My heart goes out to his loved ones, who have suffered unimaginable loss. This verdict offers small comfort but has demonstrated the overwhelming need for the Senate to pass the Justice in Policing Act NOW."

George Floyd should be alive today. My heart goes out to his loved ones, who have suffered unimaginable loss. This verdict offers small comfort but has demonstrated the overwhelming need for the Senate to pass the Justice in Policing Act NOW.

“The guilty verdicts handed down against Derek Chauvin are important in holding him accountable for the murder of George Floyd. As someone who swore an oath to uphold and enforce the law, I recognize that this murder was symbolic of a criminal justice system which far too often enables the killing of unarmed black men," Maine Attorney General Aaron Frey said in a statement. "But today’s verdict is the outcome of just one case. We must continue to dedicate ourselves to ending the systemic racism that exists throughout our criminal justice system. We have an obligation, especially those of us who work in law enforcement, to pursue a more just system of policing in Maine and across the country. I want to recognize the leadership shown by my colleague, Attorney General Keith Ellison, and his team in Minnesota, and I want to thank them for the commitment to justice their efforts demonstrated.”

There is no true justice, but there is now accountability for one.
Say his name #GeorgeFloyd. Love to his family. May they find peace. May we get to work. #blacklivesmatter ♥️ pic.twitter.com/5X290HdSwV

Portland City Councilor Pious Ali--an outspoken advocate for racial equality--said while justice was served, there is still a lot more work to be done.

“Tonight, I join Americans all across the country in taking some relief knowing that the police officer responsible for the horrific murder of George Floyd has been found guilty. However, it doesn’t change the fact that George Floyd should still be alive today. My heart goes out to his friends and family, who are still mourning this profound loss, and to the countless other families who unfortunately know their pain all too well.

Make no mistake – this guilty verdict cannot bring back George Floyd. It cannot possibly erase the pain and suffering that his family, friends and loved ones have experienced as a result of his senseless murder. It cannot reverse the decades of police brutality, racial violence, injustice and widespread inequality that have long thrived in this country. Yes, a guilty verdict was the right call, but we cannot become complacent and we cannot pretend that one guilty verdict begins to make things right.

Just last week, Americans found themselves grappling with yet another senseless police killing – the killing of Daunte Wright, a Black man who lost his life over an expired license plate and the placement of an air freshener. In an instant, his death left parents without their son, a child without their father and a woman without her partner.

As our country processes a guilty verdict and begins to move forward, those of us who will never know what it’s like to experience the racism and bigotry deeply rooted in our systems owe it to our Black and brown neighbors to work hand-in-hand and support the work that is already happening our communities, led by people of color, to dismantle systems of oppression.”

“It took a global movement to hold Derek Chauvin accountable for the murder of George Floyd— an atrocity that took place in broad daylight, in front of witnesses and filmed for the whole world to see. While today’s verdict is a historic milestone in the struggle against racism and white supremacy in the United States, we cannot forget that George Floyd’s murder was not an isolated incident.

For generations, Black Americans have been the targets of police brutality, and the conviction of Derek Chauvin alone isn’t going to change that. We still have a criminal justice system that disproportionately targets populations who are Black, Indigenous and people of color. We still have a system that gives law enforcement officers impunity even when they commit the most egregious crimes. Just this month, police fatally shot Daunte Wright 10 miles away from where George Floyd took his last breath.

Today’s verdict is a relief, but it is also a reminder of how far we still need to go to achieve racial equity. In the Maine Legislature, we must continue developing policy solutions that directly address the systemic barriers faced by populations that are Black, Indigenous and people of color and the systems that uphold and perpetuate racial inequities.”