The “We Are Free – UnMaskME” protest, organized by Mainers Against Mask Mandates, is set for Saturday from 11:30 a.m. to 2 p.m. at the Blaine House in Augusta. 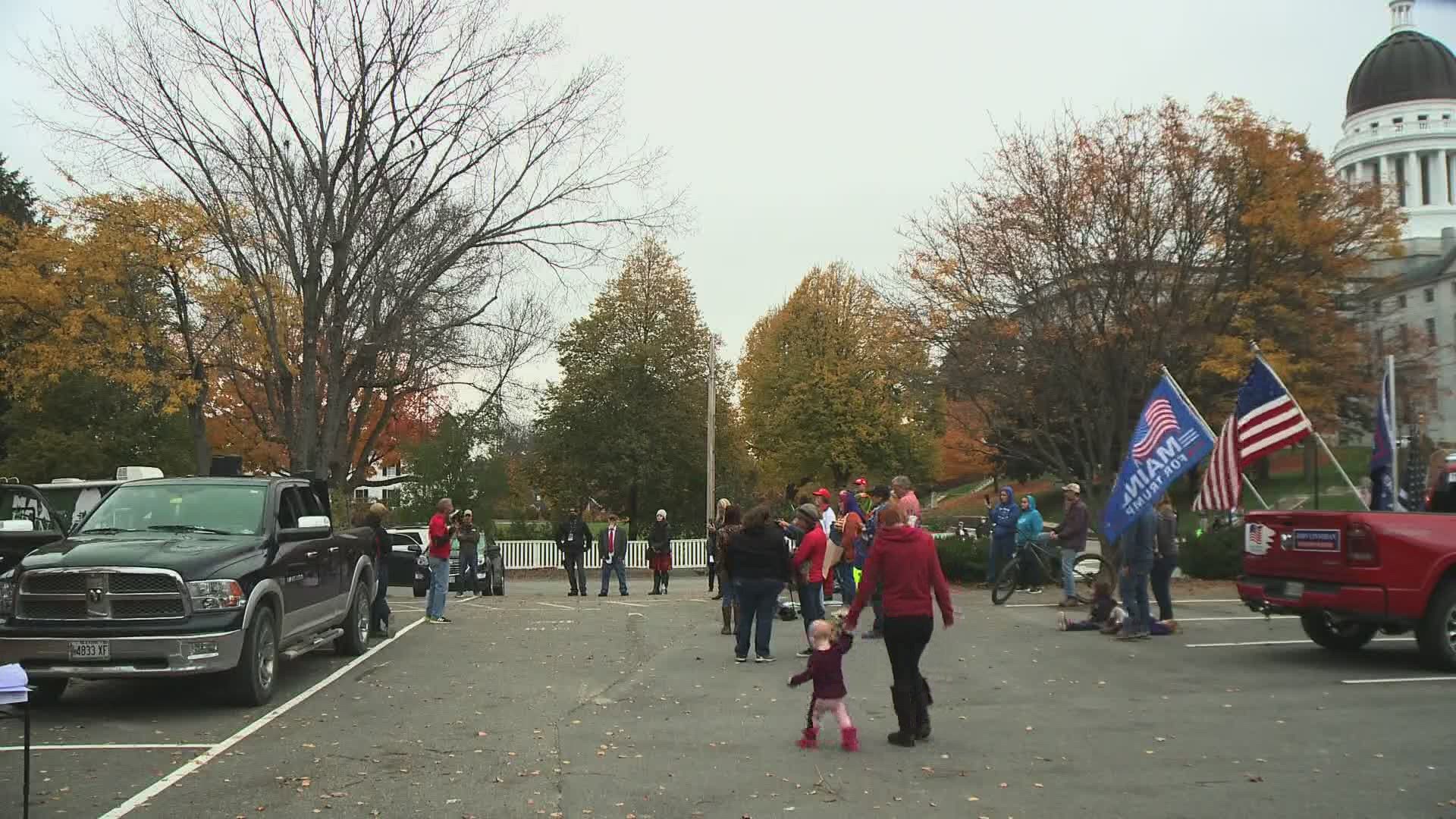 AUGUSTA, Maine — Mainers who oppose Gov. Janet Mills' mask mandates are gathering for a protest outside the Blaine House in Augusta on Saturday.

The Mainers Against Mask Mandates organizers have dubbed the protest "We Are Free – UnMaskME."

Organizers say Mainers from a multitude of Maine-based Facebook groups who are opposed to Mills' mandates will unite for the rally "to demand that she lift the mask mandates and other restrictions that hold Maine’s economy and school systems hostage."

Co-organizer Gail Geraghty said today’s event will give Mainers the opportunity to let their voice be heard. She said she wears a mask when she needs to, but doesn’t believe in mandated mask wearing. pic.twitter.com/H6x0BVrtxt

Republican candidate for Maine's 1st Congressional District Jay Allen, Ellsworth minister and businessman John Linnehan, and others are set to speak at the protest.

Dr. Allen reminds those in attendance this is an anti-mask mandate rally, not an anti-mask wearing event. As you can see, Max Linn, candidate for U.S. Senate, just arrived on scene. @newscentermaine pic.twitter.com/R04F4pWgD8

“According to the U.S. and Maine CDCs, as well as infectious disease experts like Dr. Fauci, wearing a face covering can significantly reduce the risk of transmission of COVID-19. In addition, wearing a face covering is a sign of respect for our fellow Maine citizens; will save the lives of our health care workers and our most vulnerable, like the elderly; and will allow us to keep our economy up and running. We continue to urge Maine people to wear face coverings and are grateful to all those who do.”

In Maine, individuals are required to wear face coverings in public places where physical distancing is difficult to maintain, as recommended by the U.S. CDC. During the summer months, the mask enforcement mandate was required only in Maine’s coastal counties and more populous cities, but Mills recently broadened the mandate to include the entire state.

“Face coverings, physical distancing, frequent handwashing, and avoiding non-essential gatherings remain the best ways for all Maine people to protect themselves and their communities,” Maine CDC Director Dr. Nirav Shah said. “Continued adherence to these science-based safety protocols, and getting your flu shots now, will help us limit potential spread of the virus during this next stage.”

Businesses that violate the Governor’s Executive Orders are subject to enforcement, including possible fines and loss of licenses. To date, state officials have issued fines — in one instance nearly $20,000 — and more than two dozen imminent health hazard warnings to organizations that have not abided by the health and safety measures meant to protect their employees, customers, and clients.

"It is important that we wear face coverings as people begin to interact more and more,” Mills said. “Doing so can slow the spread of COVID-19, protect the health and safety of those around us, support businesses and allow us to safely reopen our economy. I know it may be inconvenient for some, but I also believe that Maine people care about each other, and this simple gesture is a small price to pay for knowing you could save someone’s life.”

The Governor's Office did not immediately respond to NEWS CENTER Maine's request for comment on the protest. 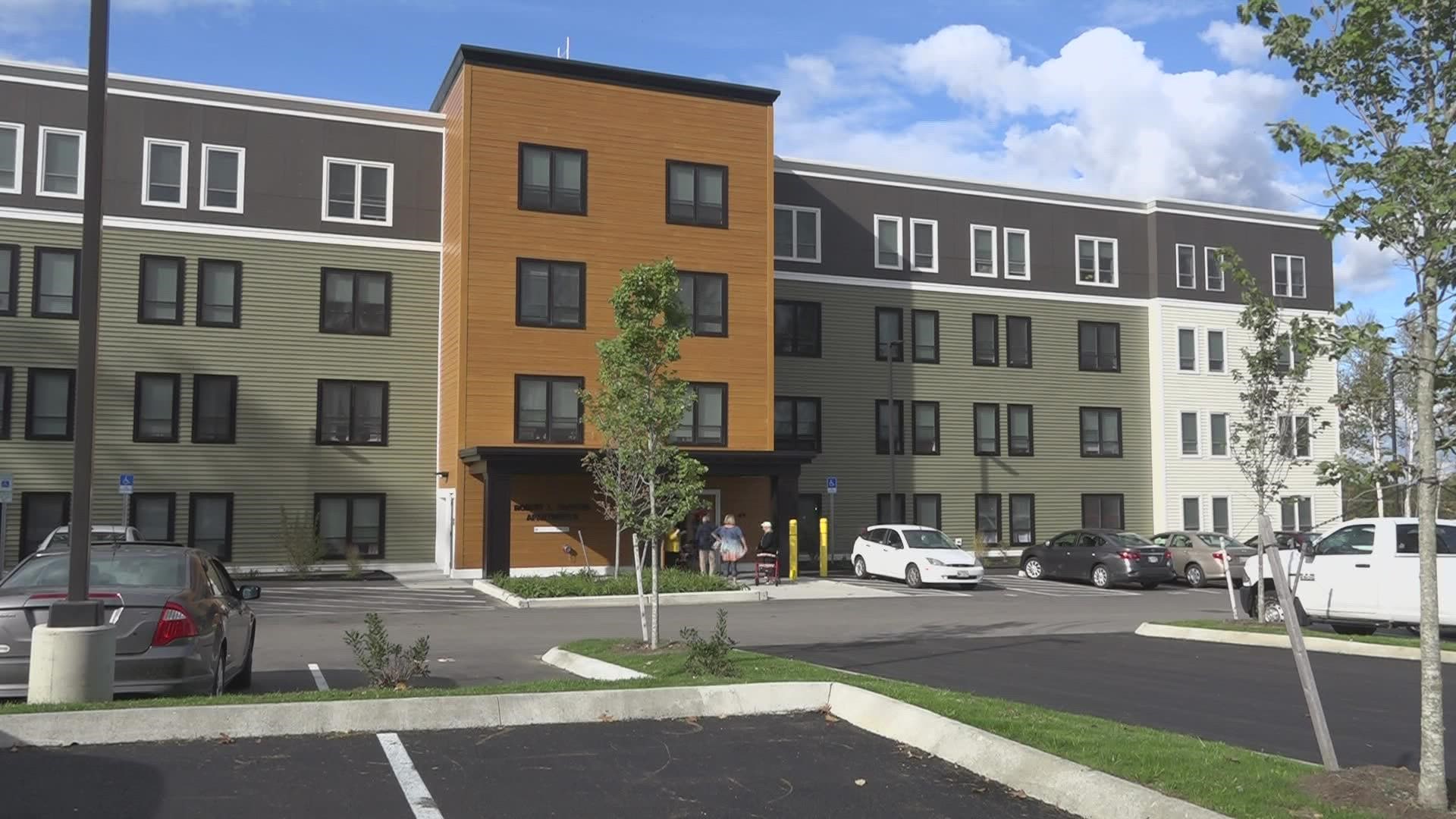