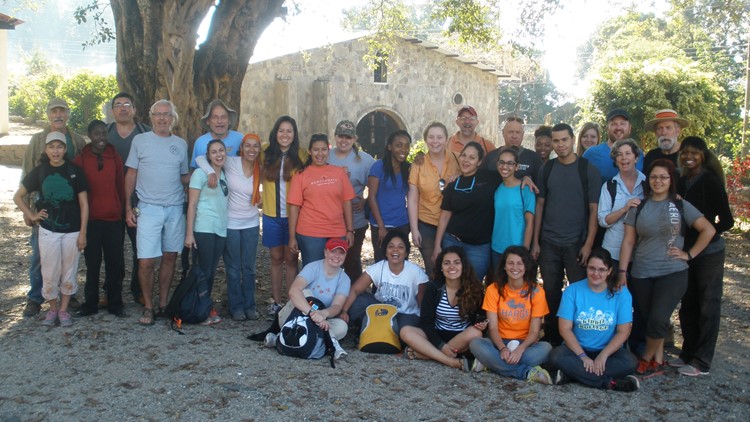 Photo by: Masons on a Mission

Mainer leads group 3,500 miles away to Guatemala -- to build stoves for families in need

About three billion people worldwide use stoves with open fire or insufficient fuel that pollute the air in their living spaces, according to the World Health Organization.
Author: Chloe Teboe (NEWS CENTER Maine)
Published: 8:43 PM EDT May 15, 2019
Updated: 8:16 PM EDT May 16, 2019

CAMDEN, Maine — It's an issue that affects millions of families around the globe on a daily basis -- fires used for cooking that burn with open flames in poorly ventilated homes.

About three billion people worldwide use stoves with open fire or insufficient fuel that pollute the air in their living spaces, according to the World Health Organization. Exposure to this smoke kills about four million people a year prematurely from related illnesses, affecting the heart and lungs, risk of stroke, and likelihood among pregnant women for stillbirths.

The WHO reports that most of the people affected by this problem are poor and live in low- or middle-income countries. According to the Clean Cooking Alliance, the areas with the least amount of access to clean cook-stoves and fuels are Guatemala, countries in Africa, and parts of Asia.

For 20 years now, a man based in Maine has been taking steps to help fight this epidemic.

Patrick Manley does masonry work around the United States as a career, but he also uses his craft for a greater good -- traveling over 3,500 miles once a year to build safe masonry cook stoves for Guatemalan families.

Manley founded the group Masons on a Mission after he learned about the dire need for these stoves in some impoverished communities. After traveling to Guatemala as a mason independently for a handful of years, Manley decided to gather a number of volunteers annually to build stoves in villages off of Lake Atitlán.

They've been doing just that for the last 13 years.

Masons on a Mission

MOM is unique in the volunteers it attracts. While the group started small, with just five people in its first year, it has grown drastically in size -- Manley says now, he has to limit the number of people who come each year to 30 per trip.

These volunteers range from 18 to 77 years old and come from across the globe -- the United States, Canada, Finland, Germany. Some of them have been traveling with Manley for 5, 10, or 15 years.

A group of students from Hillsboro Community College in Tampa also joins the trip on occasion -- their Honors director used to work with UMaine in Augusta and knew of Manley's work. These students have been coming along to help for the past four years.

This March, Manley made his 20th trip down to Guatemala with 27 volunteers. In five days, the group (divided into eight teams) built 40 stoves total. Six of these volunteers were from Maine.

David Zeltwanger was a new volunteer during the 2019 trip. He has previous masonry experience, but he chose to also bring along his younger brother, who is not a mason.

"The experience was fulfilling and memorable in many ways," Zeltwanger said about his first trip. "Personally, the reminder that I have so many things to be thankful for is the memory I hope lasts the longest."

The MOM process immerses volunteers in the homes of these Guatemalan people in need. Manley says MOM tries to place a volunteer in each home who can speak Spanish to communicate with the people they are helping -- often women with multiple children. The villages that MOM assists are usually made up of families spanning three generations.

Once they start work in a village, Manley says the team continues to work in that village until the need is taken care of for all of the families there -- in some cases, they've been working in the same villages for 13 years.

Masons on a Mission

Bill and Barbara Babb are both retired teachers from Edgecomb who joined MOM about seven or eight years ago. They have returned every year since.

"Two years ago on the last Friday of the trip, we were riding back to Paco Real after a day's work in San Juan, and a fellow on the side of the road hollered to us and thanked us for coming to his village to help instead of just being tourist," Bill Babb recalled one of his visits. "It's wonderful to know that the people of the villages know us and appreciate our efforts to make their lives better."

Since their most recent trip in March, MOM has been conducting annual fundraising to help finance the costs of new stoves for next year. This money is wired down to Guatemala, where a local Mayan mason who works with Manley buys and prepares the materials MOM will need for the next year.

Manley says the process never ends -- they are in fundraising mode virtually all of the time as a charitable foundation -- but the reward is worth it with every trip they take.

"There are always a lot of 'thank-you's' and 'goodbyes' that get very emotional," Manley said. "Especially with the Guatemalan women -- they're always very appreciative."