Jeannine Kemple’s father helped four siblings while he was stationed in France during WWII. 75 years later on the anniversary of D-Day, both families are reuniting. 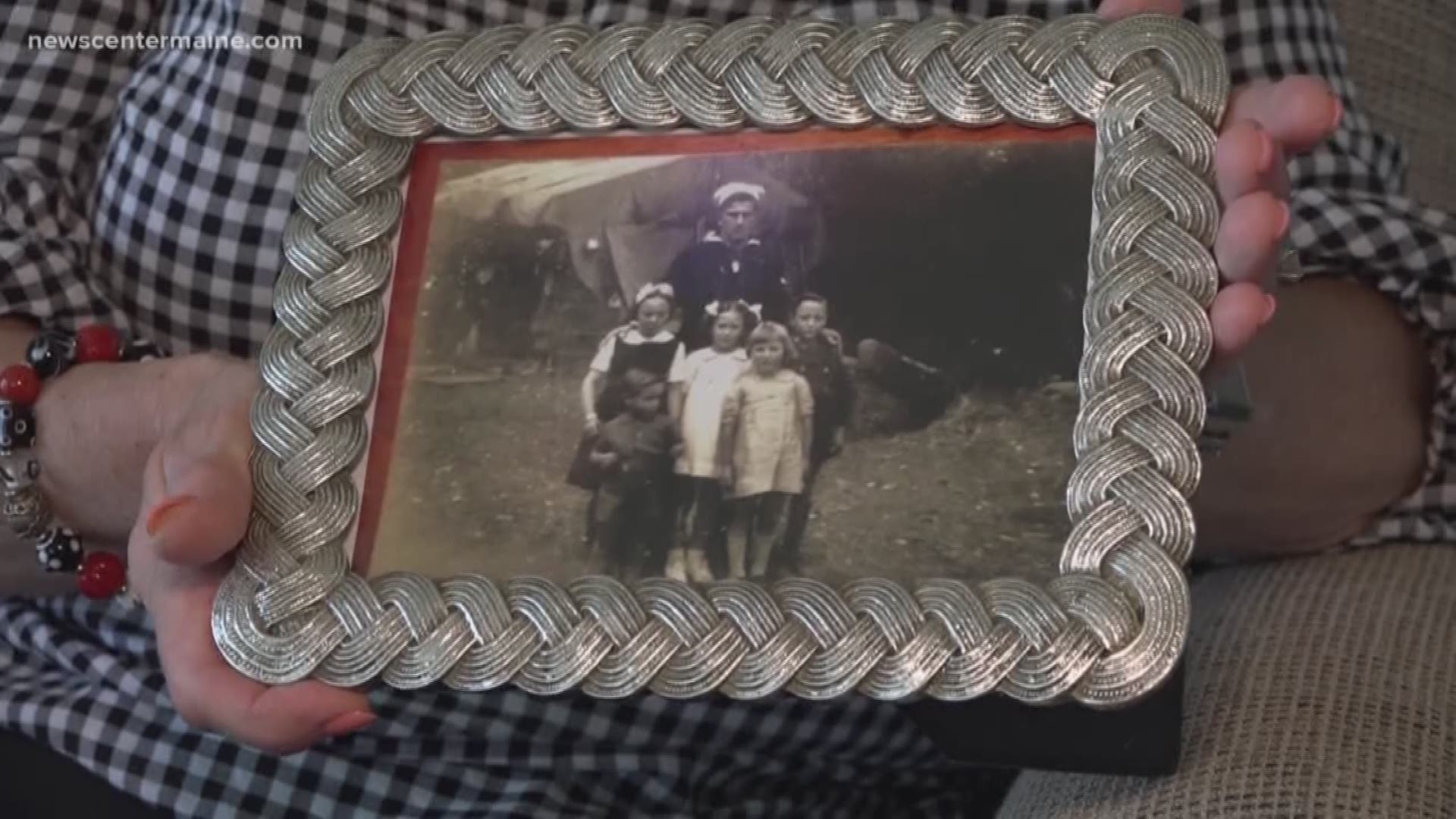 A Maine woman is honoring her late father on the 75th anniversary of D-Day by traveling to spend time with the family of a woman he saved as a young girl shortly after the Normandy invasion.

Jeannine Kemple’s father, Maurice Dore, was 19 years old when he landed on Utah Beach on June 6, 1944 during the Normandy invasion. This was the day in history that would become known as D-Day.

Dore always said he never wanted to go back there and he never would.

He used to say, "been there once, not going back," said Kemple.

The legacy he left behind there though spans generations.

Dore spent four months in a naval encampment, during which time he met a family of four children. They had lost their mother and their home to the Allied bombing of Caen.

At nine years old, Genevieve was the oldest of her siblings who had been sent to live with their grandmother.

While he was stationed in the area, Dore took the siblings under his wing, securing food for them and work for their grandmother.

"He wanted to do whatever he could and that's how my father had always been," said Kemple.

Credit: NCM
Maurice Dore with Genevieve (age 9, back row right) along with her 3 younger siblings and a cousin.

He went "to see that area where my father stood," said Kemple.

Kemple's brother did a lot more than just stand in their father's footsteps, though. He hired a guide to locate Genevieve.

"Someone from the states wanted to see her and she said, 'Maurice Dore,'" recalled Kemple. "She remembered my father."

Decades had passed since the war, but Genevieve never left her home of Saint-Marie-du-Mont. Kemple’s brother met Genevieve and her family on that trip, and the families have stayed in touch ever since.

"I look at us as being ambassadors for my father," said Kemple. "Though he never wanted to return, it's such living history. My father wasn't a hero in the true sense of the word but what he did had such an impact on this family and to us he's our hero because that's the kind of life he led."

Dore passed away in January at the age of 95.

Honoring his life and legacy, Kemple and her brothers are traveling to France Tuesday as guests of Genevieve and her family. They will all be together on Thursday, the 75th anniversary of Dore’s arrival on the shores of Normandy and when he came to the aid of Genevieve and her siblings.

"I think with this anniversary it just made it all come together," said Kemple. "Now we've come full circle. My father was there and now we will all be going there."

Genevieve is still living in Saint-Marie-du-Mont but is in failing health and may not be able to meet Kemple and her siblings on this trip.

The families will be attending the commemoration of D-Day on June 6 at the American cemetery near the landing site on Omaha beach.