Responding to a call for international assistance, the Maine Warden Service helped the Surete Du Quebec find the body of a 17-year-old boy who drowned in a lake. 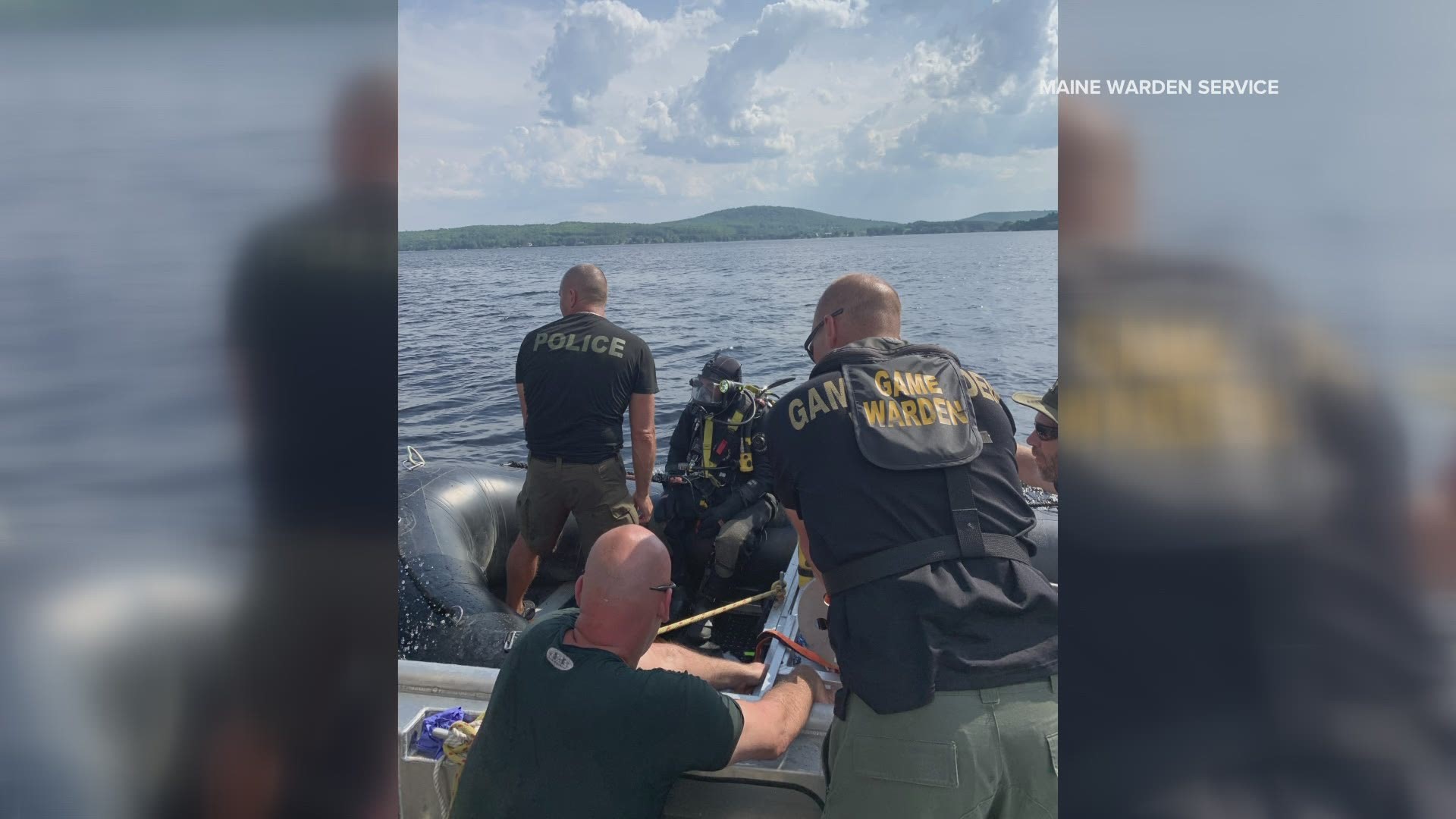 LAMBTON, Quebec — The Maine Warden Service Dive Team helped the Province of Quebec recover the body of a 17-year-old boy who drowned in St. Francois Lake in Lambton, Quebec.

Responding to a call for international assistance, the Maine Warden Service and the Surete Du Quebec, the provincial police service of the province of Quebec, worked together to locate the teen's body using sonar equipment.

The Surete Du Quebec had responded to a drowning on the lake on July 5 in the town of Lambton, Quebec, 35 miles north of Coburn Gore, Maine. A 17-year-old boy had been tubing behind a boat without a PFD and had fallen off and drowned in an area of the lake that was 100 feet deep.

Despite the best efforts of Quebec’s officers and divers, they were unsuccessful in locating the boy because their side scan sonar equipment was defective and not functioning. The team made 19 dives searching for the victim, and while they did find an article of clothing belonging to the victim, they were unable to locate him.

In sharing over 250 miles of border, Quebec contacted the state of Maine and requested assistance in recovering the body. The Maine Warden Service dive team responded with five members of the warden service and the team’s 22’ foot dive boat. They were met at the Coburn Gore border station by the Surete Du Quebec, and escorted to the Lake on Friday, July 10.

Once at the lake, the teams worked together to locate the boy. The Quebec dive team, who regularly utilize the same side scan sonar as the Warden Service, assisted in scanning the lake. One potential location was identified, but divers were unable to locate anything. Later in the afternoon, the Maine Warden Service identified another likely target. Quebec divers were able to dive down on the location marked, and recovered the boy.

“After only a few hours of searching, our joint team found the young man’s body and we were able to return him to the family,” Surete du Quebec captain Dan Campagna said in a letter to Maine Warden Service Colonel Dan Scott. “Thanks to the Maine Warden Service we were able to make a difference and give closure to the family rapidly…We are grateful to your team for the assistance they brought us…We would like to commend and emphasize your team’s expertise. We appreciate our exceptional partnership and we wish to render thanks to you and your team.”

“Everyone we worked with there was nothing short of friendly, professional, and generous. Despite never having worked together before and the obvious language barriers, the whole operation was close to flawless,” Gray said. “It was very interesting to see how they operated, I definitely learned a few things which we will use in our training. It was a good experience and we made some good connections.”