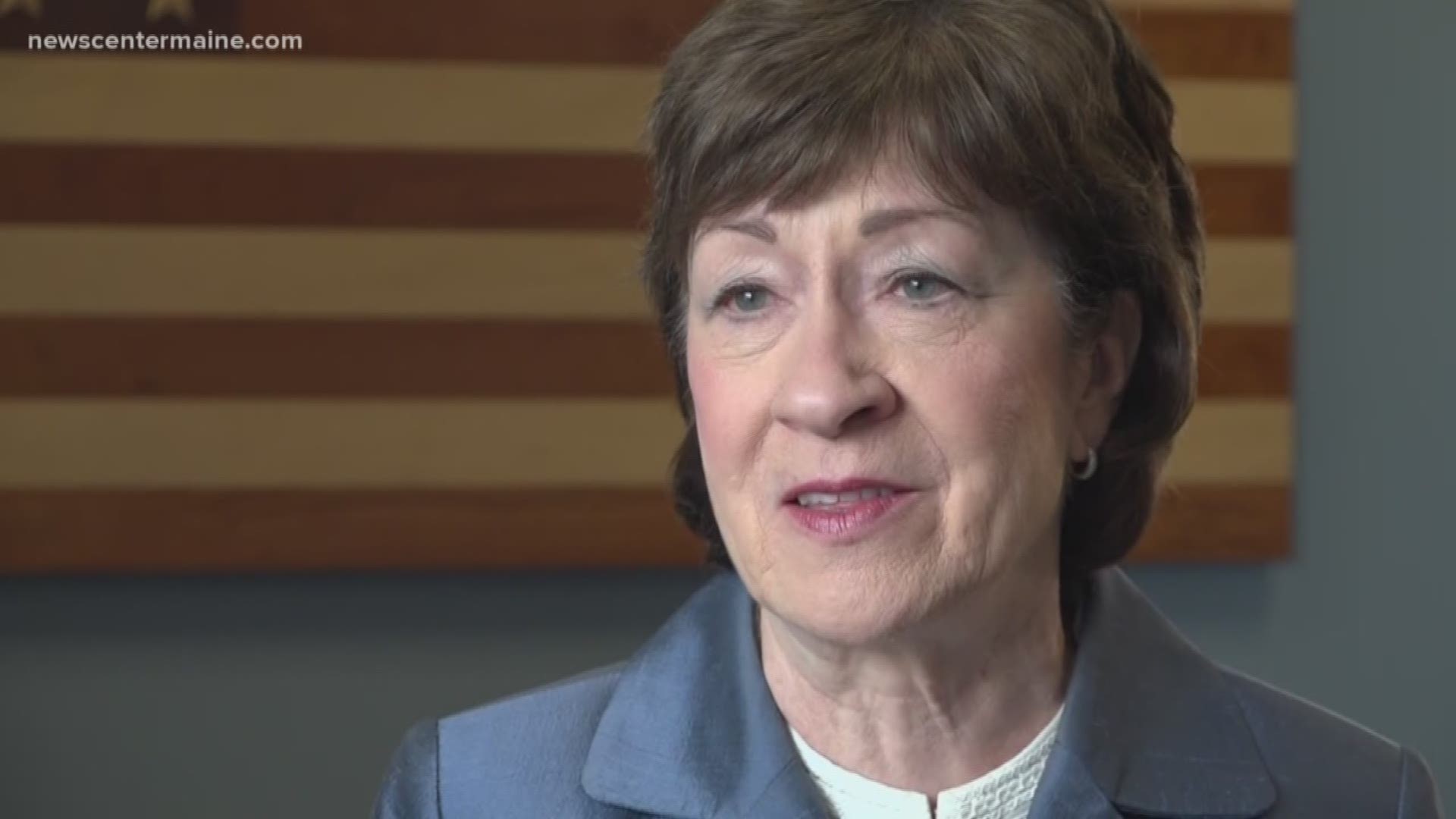 Cpl. Cole was shot while on patrol in his hometown in 2018.

Det. Campbell was killed in a freak accident last month while helping a stopped motorist on I-95.

At the reception, Sens. Collins and King spoke with members of Maine law enforcement to thank them for their work and for their dedication to remembering Cpl. Cole and Det. Campbell.

"It is an honor to join you in paying tribute to the heroes throughout New England who have fallen in the line of duty," Sen. Collins told attendees. "The many officers and families from Maine here today prove that we will never forget (Cpl. Cole and Det. Campbell) and will always honor their service."

"Each and every day they put on their uniforms, law enforcement officers across the country are knowingly and willingly putting their lives on the line to protect and serve their communities. That’s a special type of bravery that deserves our immense gratitude and respect -- and when one of these officers makes the ultimate sacrifice to defend us, it is our duty to honor and remember their service," said Sen. King. "Cpl. Cole and Det. Campbell will be remembered in death as they were known in life: devoted public servants, admired members of their communities, and beloved family men."

Sens. Collins and King are cosponsors of this year's Senate Resolution, honoring National Police Week. They helped to make the many events in Washington, D.C. this week, celebrating the lives of fallen officers around the country, possible.

"These are ways that we can remind people of the tremendous sacrifices that our police officers, our firefighters, and our other first responders make for us each and every day," said Sen. Collins.

Cpl. Cole was one of the many fallen officers celebrated this week in Washington, D.C. His name, 'Eugene P. Cole', is now inscribed alongside more than 21,000 names of other fallen officers on the National Law Enforcement Officers Memorial.

The final memorial ceremony on Capitol Hill will take place on Wednesday. A wreath will be laid for the more than 370 fallen officers recognized this year.