Sonny Perkins of Ogunquit was one of the first people to surf in Maine, and eventually became ranked and sponsored, touring the East Coast for competitions. 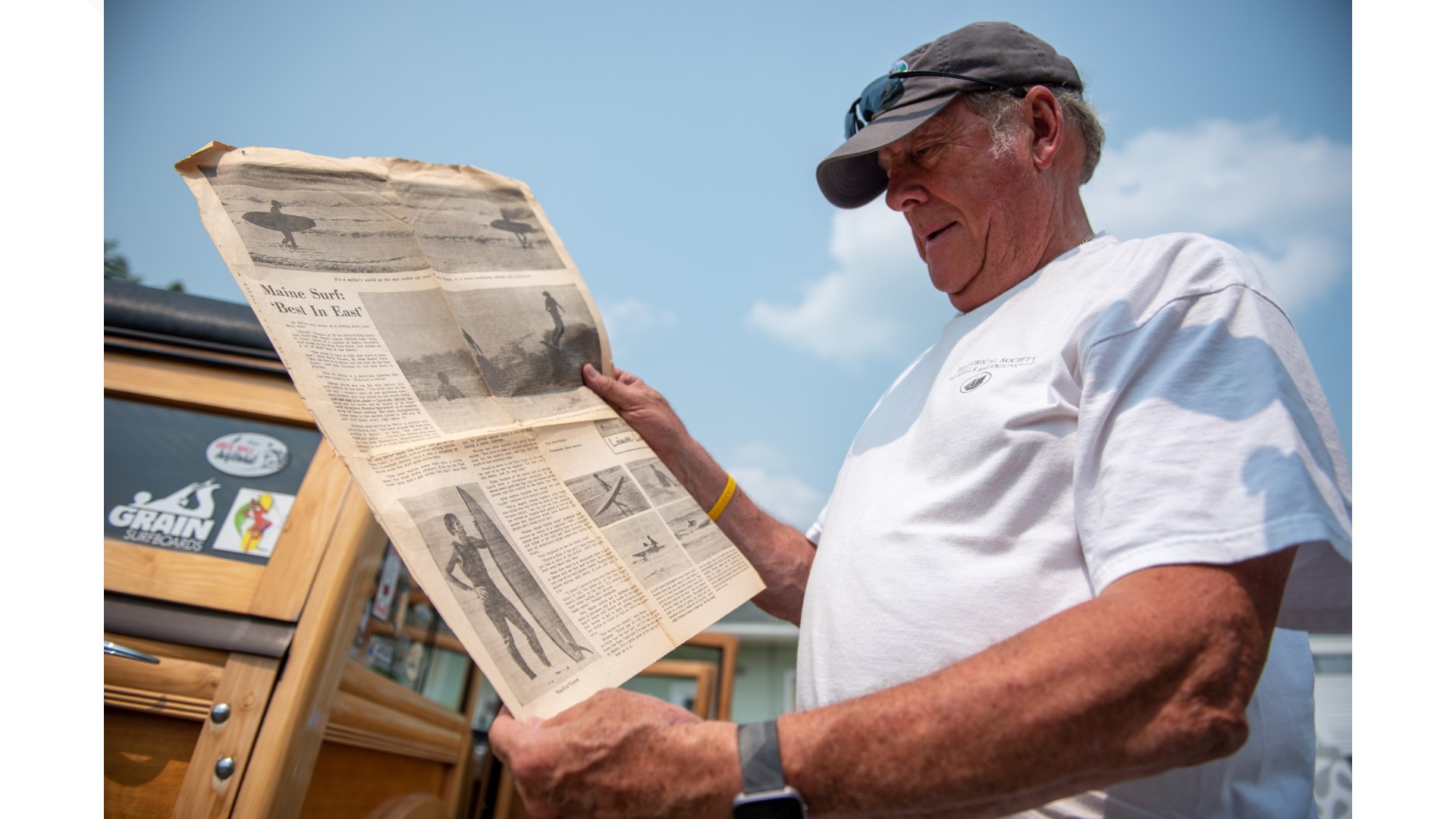 YORK, Maine — As surfing makes its debut in the Tokyo 2020 Olympics, surfers in Maine are sharing their excitement to see the sport grow to this stage.

Surfing competitions happen internationally often, but this Olympic-level recognition brings a new exposure to the sport. While New England may not be the first area of the U.S. that comes to mind when people mention surfing, there is a rich history of the sport in the area.

Sonny Perkins of Ogunquit was one of the first to start surfing in southern Maine. His inspiration: The Beach Boys.

"Loved the music, and all I could see was the surfing and everyone says, 'There's no surf on the East Coast. You can't surf here.' And I said, 'There's waves. What's the difference?'" said Perkins.

1 / 12
Gabrielle Mannino/NCM
Sonny Perkins, a surfing pioneer who lives in York, can often be found driving around town in his 1940s woodie.

Perkins quickly became ranked 17th on the East Coast, and along with Steve Watson, also known as "Surfer Crow," challenged the misconception that people could only surf on the West Coast.

"There wasn't anybody else on the beach then. Just seeing a surfboard was a big deal," Perkins said.

He started surfing for Bikini Surf Shop, owned by Linda and Susan Peters, which was the first surf shop in the state. Eventually, he began riding for Hansen surfboards and traveled up and down the East Coast for competitions.

"We had team jackets and all that kind of stuff and it was a little bit of a prestige thing. It really made you feel like you were doing some good. I didn't care. I just loved surfing and I can't tell you how many beautiful girls I left at the beach because all I cared about was surfing," Perkins said.

Perkins also dared to hit the waves in winter, when the conditions in the Northeast generally produce larger waves.

"In the middle of the winter it'd be snowing like hell, and we didn't care. We just went out," said Perkins.

The style of surfing we see in Tokyo, with riders on shortboards carving and jumping, is different from the traditional, laid-back long-boarding that Perkins and his friends still enjoy today. But there's a thread connecting the two styles that links the surfers of Maine to those in the Olympics.

"Control is not really yours. It belongs to the wave and what the wave is going to do," said Perkins. "It's you against the ocean fighting to get that ride you always wanted."