Maine students prepare for March for Our Lives

Maine high school students to join Parkland survivors and thousands of others in Washington this Saturday. 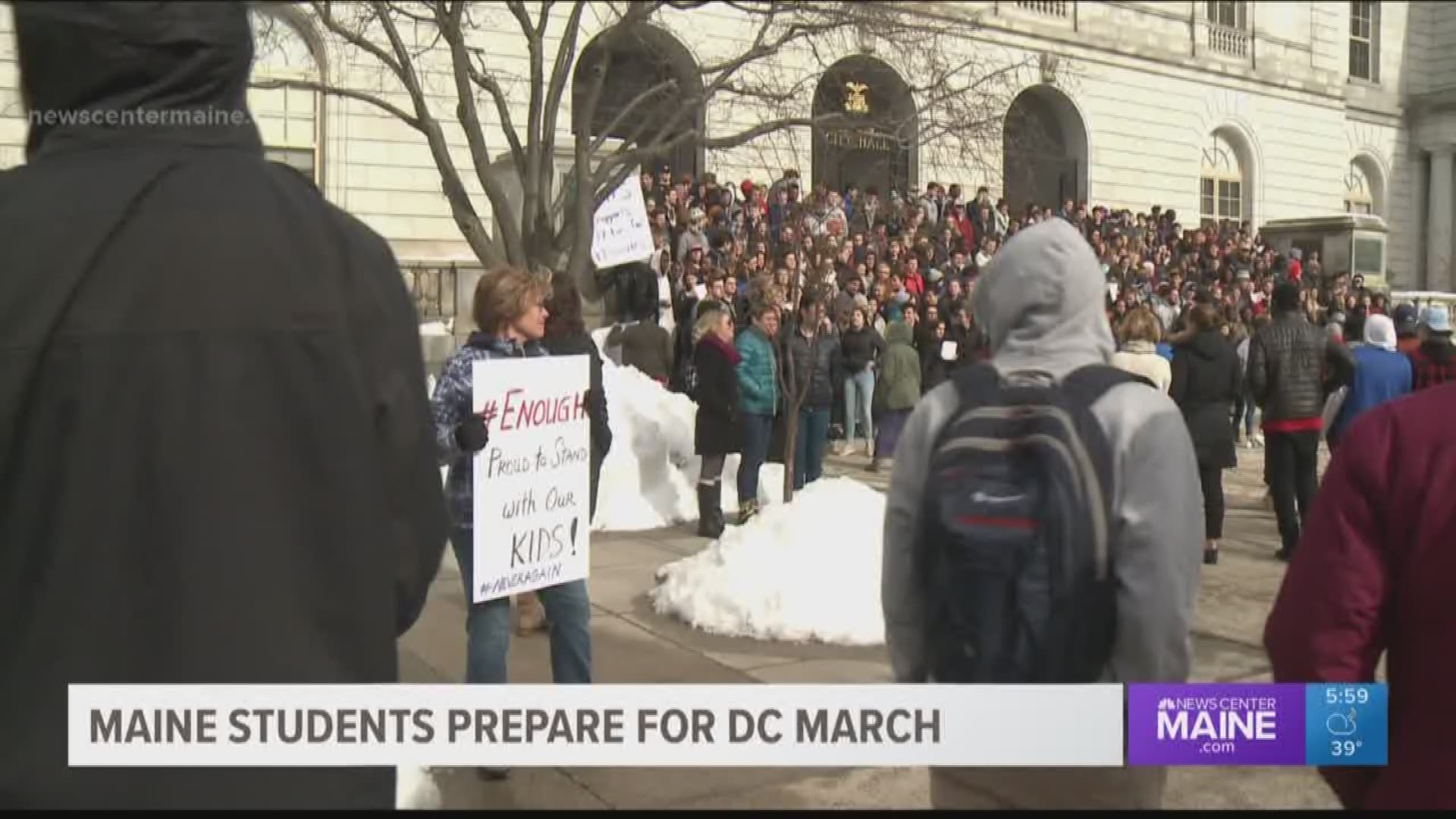 PORTLAND (NEWS CENTER Maine) - Some Maine high school students are getting ready to join survivors of the Parkland, Florida shootings and thousands of others in Washington, DC.

This Saturday, close to a half million people are expected to take to the streets in our nation’s capital for the March for Our Lives demonstration. Among them will be some students from Casco Bay High School in Portland. They’re leaving for the event Friday morning.

The movement started with the school walkouts last week. Close to a million students across the country left their classrooms to protest gun violence and to remember the 17 victims of the Parkland shootings. This movement shows no signs of slowing down, with the March for Our Lives event set for Saturday.

“I’m not going to stop after doing one thing, none of us are. We’re not gonna stop until change happens,” said 14-year-old Tasha Hipple.

Hipple helped organize the student walkout at Casco Bay High School. On Friday she and nine of her friends will pile into her father’s van and head to Washington.

“There’s actually going to be change that is made after this because there’s so many people that are really passionate about this. And it’s the most powerful experience ever,” she said.

Hannah Little is going along with her.

“There’s really a lot of strength in numbers and the numbers are going to be in D.C. if kids like me and Tasha show up,” she said.

Little says she could stay home and take part in one of the local marches, but she wants to be part of the national movement.

“DC is also where a lot of power is held and I think it’s really important to show up there and make our voices heard,” she said.

Both of these freshmen say they’re very impressed with the Parkland survivors who organized Saturday’s event and their ability to start this movement while dealing with their grief.

“They’re not just being the victim’s right now. They are being the leaders of the movement, and they’re taking action and speaking up; it’s amazing,” said Hipple.