Maine strawberry festival to go on after shortage of local berries 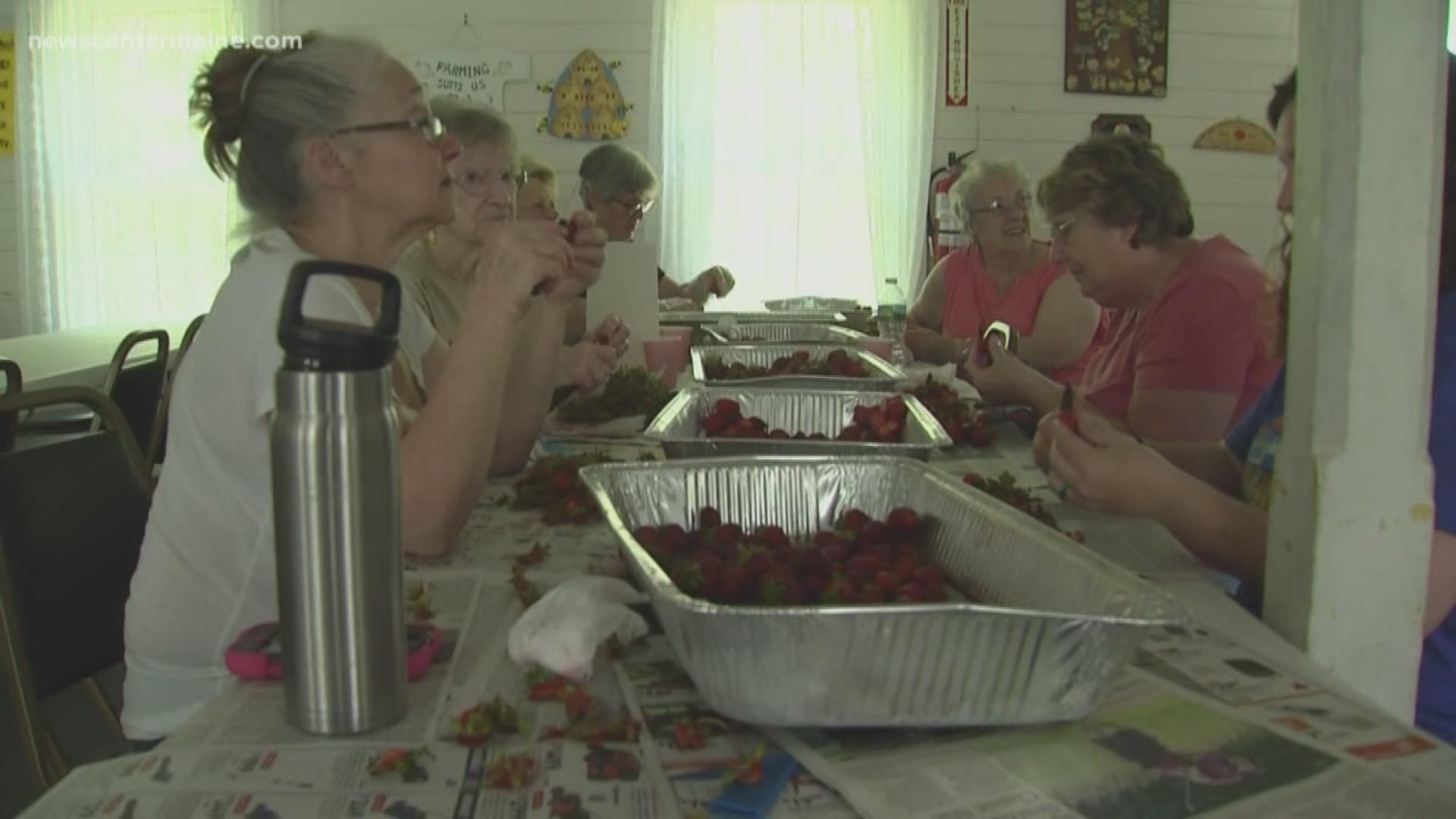 A strawberry festival in Washington, Maine, will go on as planned after a shortage impacted another event in the state a week earlier.

A cool, damp spring meant local strawberries were slow to ripen at farms across the state. As a result, supermarkets like Hannaford suffered a shortage of local berries.

Cape Elizabeth nixed the pick-your-own berry events at its strawberry festival last weekend. This weekend in Washington, another festival's organizers feared they would be left without enough berries.

The Washington Ladies Guild Strawberry Festival is in its 73rd year. Mindy Gould, the organization's president, said it was "terrifying" when she got the call from the farm slated to provide more than 70 quarts of strawberries. She was told the berries would not be ready in time for the event.

"We've never run into a situation where we needed a backup plan," said Gould. "We panicked."

The guild started brainstorming. They made phone calls to farms all over Maine, saying they would drive anywhere, anytime to get the required berries.

"Not doing it wasn't an option for us," said Gould. "We knew we wanted to persevere because it's such an important community event."

In the end, 80 quarts of fresh strawberries were found at Beth's Farm Market in Warren, located with help from the Fresh off the Farm store in Rockport.

The de-stemming went ahead as planned Friday at Washington's grange, with a dozen or so women taking the tops off the berries so they could be turned into, among other things, a strawberry pizza, complete with cream cheese sauce, cookie crust and chocolate drizzled on top.

According to Mildred Melgard, one of the people doing the prep work, there was a big sense of "relief" at the table, which she describes as a fun place to "gather around, talk and gossip."

The festival will go ahead as planned, and no one will be short a shortcake. It is expected to draw hundreds of people and raise more than $1,500 for non-profits and charitable organization in Washington.