Maine state trooper killed in 'bizarre' accident along I-95

Maine State Police Detective Ben Campbell was outside his cruiser helping a driver along I-95 when two wheels separated from a tractor-trailer truck, one of which hit him in the breakdown lane. 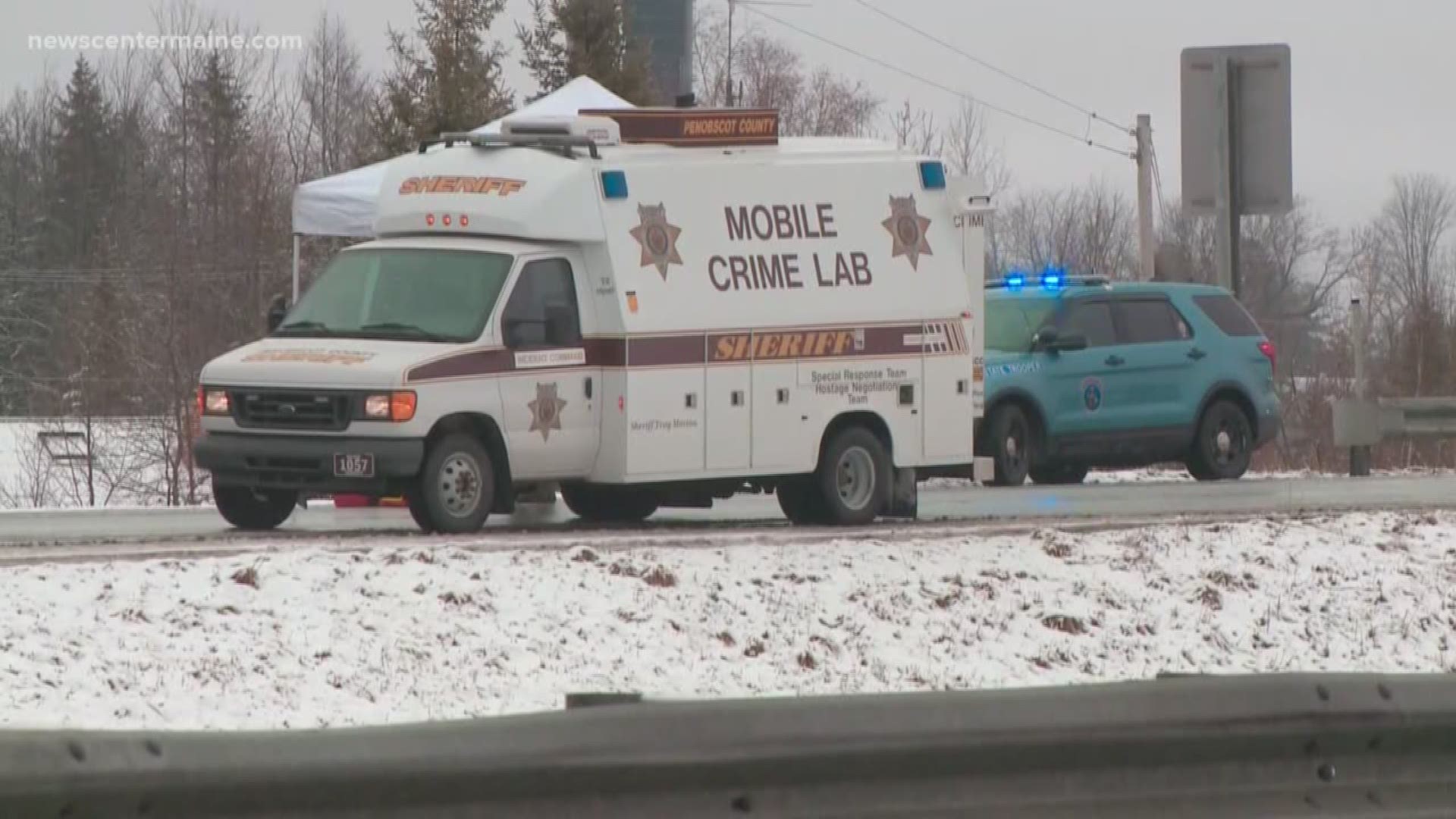 HAMPDEN, Maine — A Maine State Police detective was killed Wednesday morning in a freak incident in which a tire from a tractor-trailer truck fatally struck him.

Detective Benjamin Campbell, 31, was outside his cruiser helping a driver along I-95 in Hampden near exit 180 when the accident occurred, according to Maine Public Safety spokesperson Steve McCausland.

At about 7:30 a.m., south of the Coldbrook Road overpass, two wheels separated from a tractor-trailer truck driving by — one of the wheels landed in the median, but the other struck Detective Campbell in the breakdown lane.

Campbell suffered severe injuries as a result of the impact. Despite treatment from multiple units on scene, he succumbed to his injuries. Campbell was taken by ambulance to Eastern Maine Medical Center where he was pronounced dead. 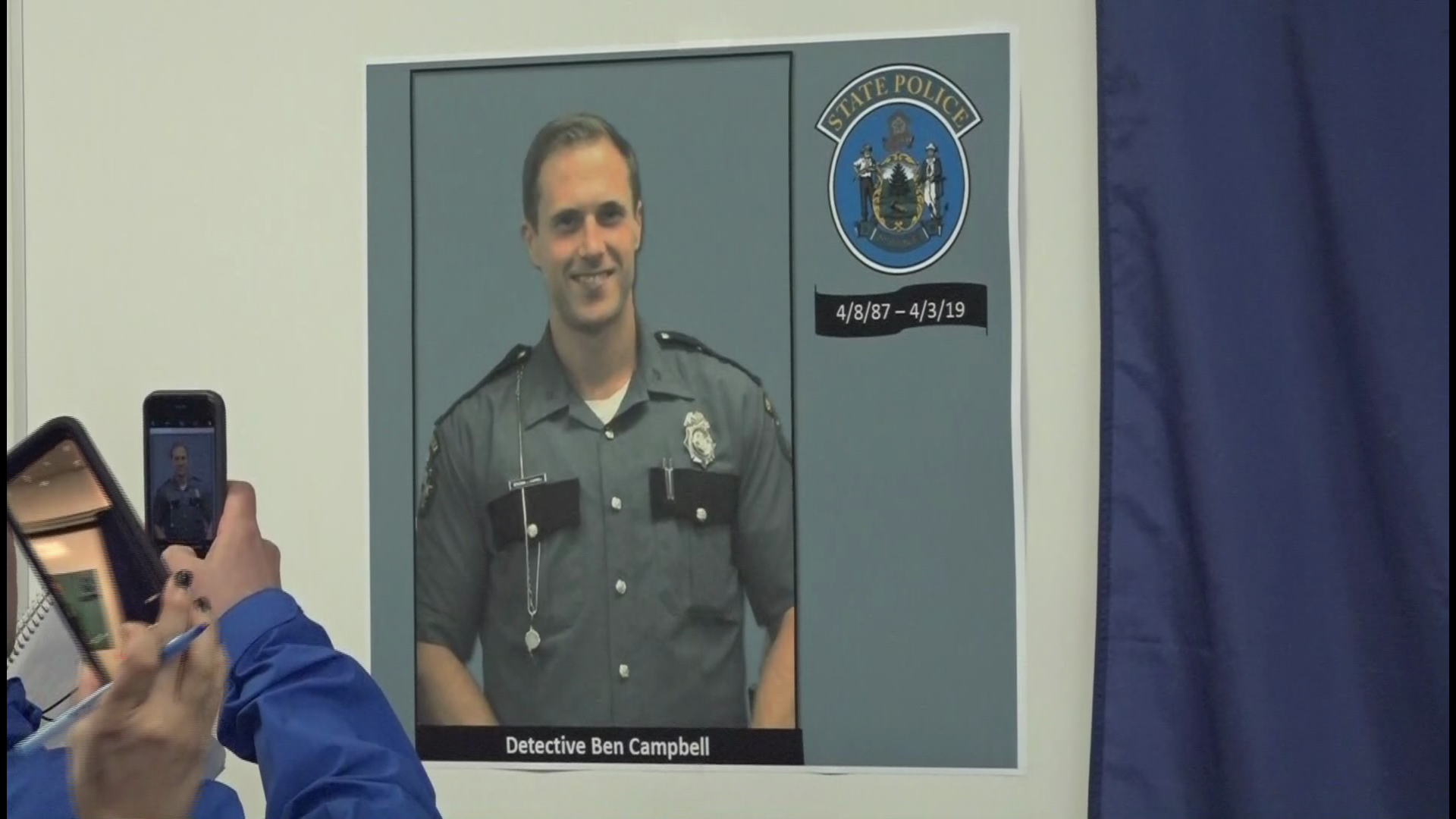 Campbell would have been 32 years old on Monday.

State police said the driver of the tractor-trailer, a logging truck, stopped after passing. He was identified as Scott Willett, 52, of Patten.

Willett was given a blood test, the results of which had not yet been released.

This was the 12th line of duty death for Maine State Police, per maine.gov., the first since October 1997 when Detective Glenn Strange died of a heart attack. 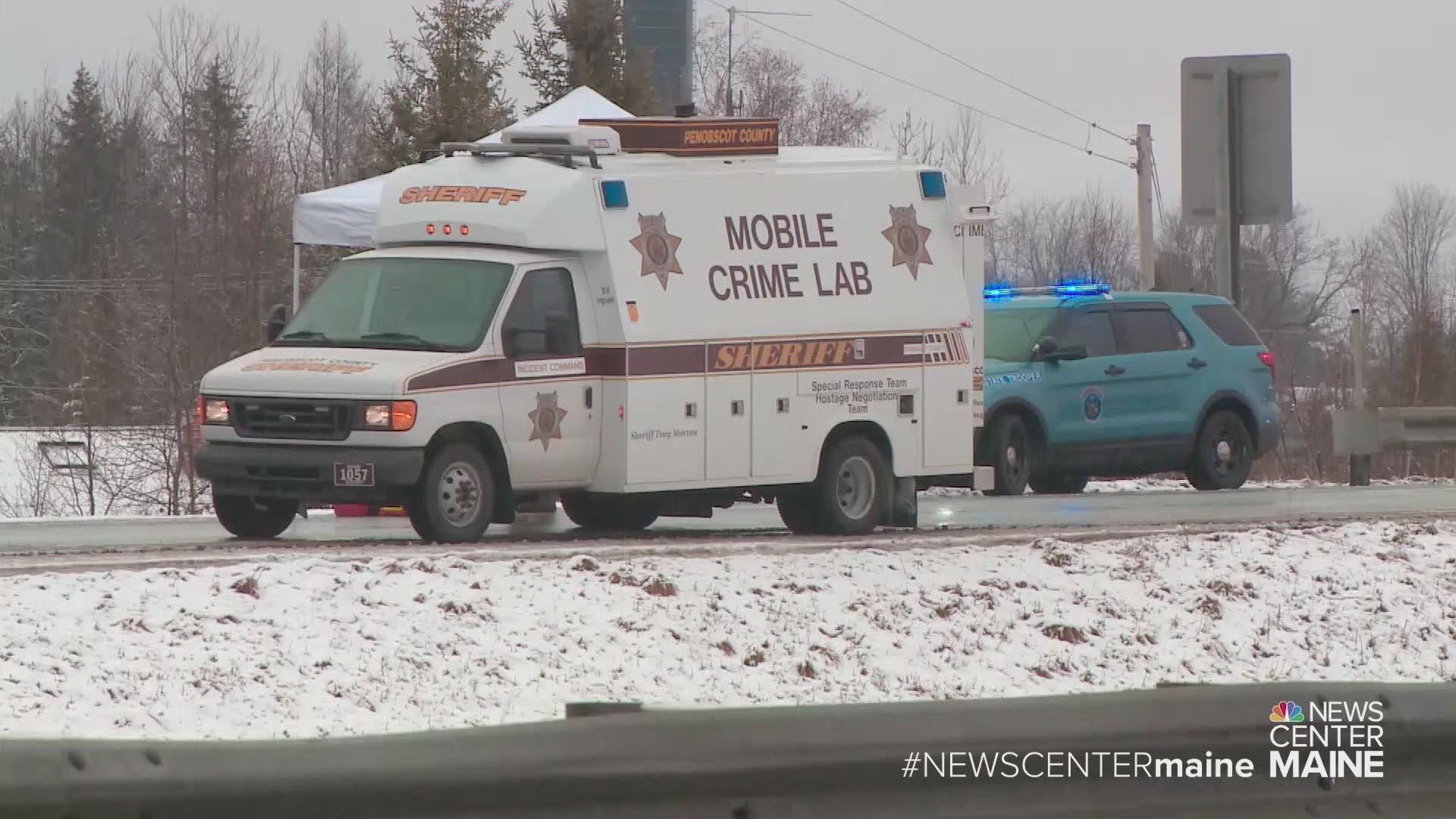 Col. John Cote, chief of Maine State Police, said the timing of the wheels separating from the tractor-trailer was "bizarre" and had left the entire department shaking their heads.

"Detective Campbell was one of our very best and well-liked," Col. Cote said through tears during a press conference. "This is going to be a loss."

Campbell leaves behind his wife, Hilary, and his 6-month-old son, Everett. Cote said he and his staff members are going to do their best to care for them and to honor Campbell and his service.

"We’ve got some really strong people, and we have a very unique connection," Cote said. "Although we are a large agency, we’re very small. We know each other -- we know wives and kids. And we’re hurting, no doubt.”

Cote noted that Campbell died with honor in the line of duty. He was on his way to a training when he saw the vehicle that had spun out and was partially blocking the traffic lane. He stopped to help the driver to make sure they remained safe because of slippery roads.

"When I saw he was one of our best -- he always saw the good in what was going on. He always saw the positive," Cote said. "He cared, and that's why he stopped today. He saw that person there in need of assistance, and that became his priority."

Campbell joined Maine State Police in 2012 as a trooper assigned to northern Penobscot County, Troop E. He was promoted to detective in 2016 and was also a member of the State Police Polygraph Unit.

Campbell grew up in East Hampton, Massachusetts, and was a graduate of Smith Vocational and Agricultural High School.

"If I had 25 students like Ben, I would be happy every single day coming to school," said Michael Brooks, Campbell's high school teacher. "He was one who respected authority and always came up and thanked you for teaching him and giving him a trade and a shot in the world."

After high school, Campbell attended Westfield State University. He, his wife, and their son lived together in Millinocket.

"Together, we'll get through this, but it's been a tough day," Cote said.

Campbell's body was taken by procession to the medical examiner's office in Augusta.

Campbell's family has requested that Ben be honored with full line of duty death honors.

Weather in the area at the time of the crash was 33 degrees with light snow and a visibility of 1.3 miles, according to NEWS CENTER Maine meteorologists.

A stretch of I-95 southbound closed down because of the crash, and traffic was diverted until the interstate was reopened shortly before 2:30 p.m.