Senators Susan Collins and Angus King joined other state officials in touring the Advanced Structures and Composites Center and its innovations Friday, July 26. 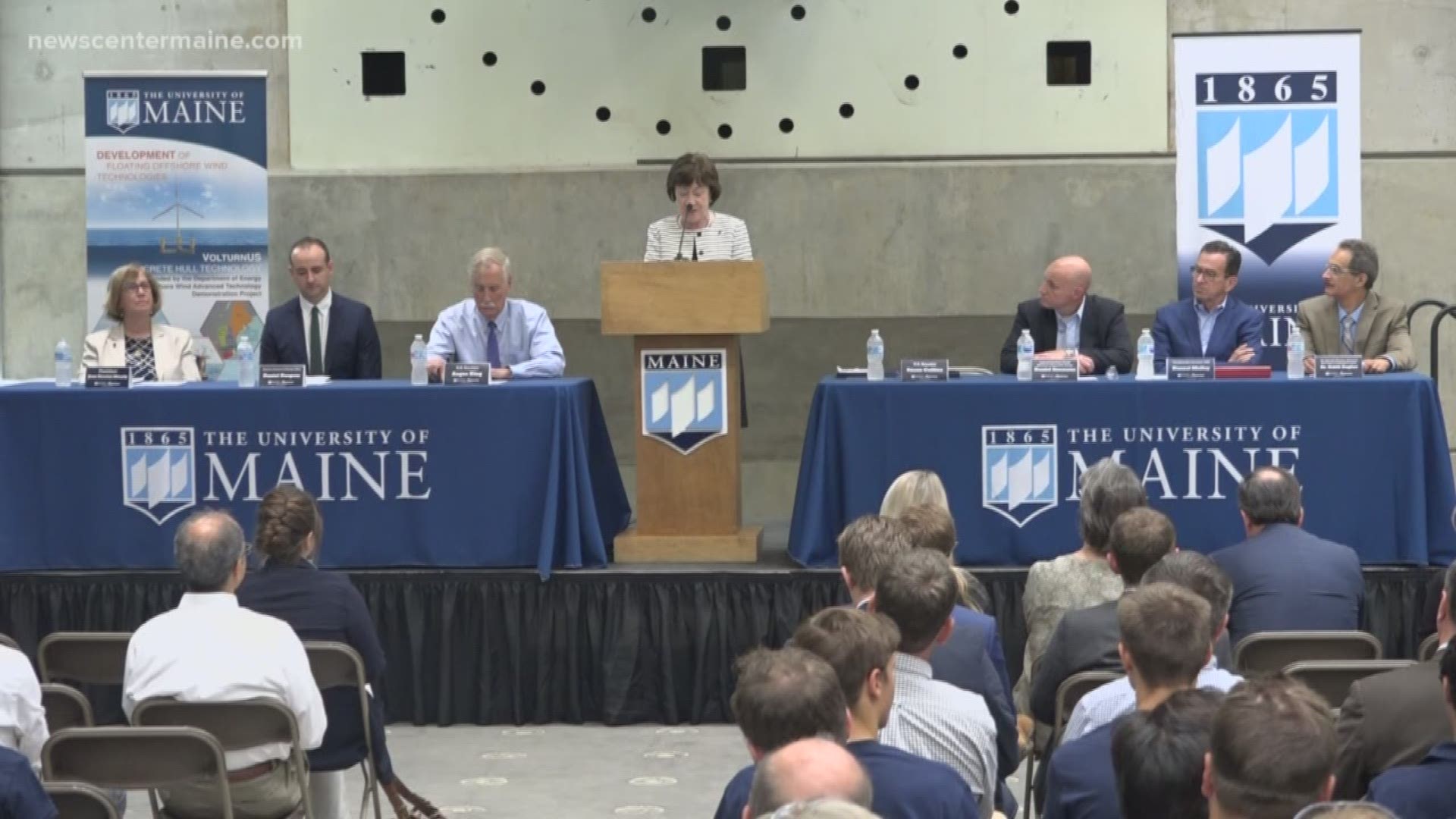 ORONO, Maine — Maine's two senators made a trip to the University of Maine Orono campus Friday to see a first-of-its kind energy experiment.

Senators Susan Collins and Angus King joined other state officials in touring the Advanced Structures and Composites Center and its innovations, which are under development.

One of the projects is the United States' first floating off-shore wind turbines. These were on display July 26 and could be an economic powerhouse for Maine, if they're successful.

Federal and state representatives expressed their commitment to ensuring the success of this undertaking.

"There's a tremendous opportunity to do a great deal of work on these projects, not to mention maintenance and insulation, right here in Maine," said Sen. King. "It could very well be a significant job creator along the coast."

"One percent of the Gulf of Maine is as good as a nuclear powerplant in terms of wind," explained Dr. Habib Dagher from the University of Maine. "So, our goal at the university is to bring that energy back home cost effectively, so we can keep our energy dollars in Maine."

Right now, there is an international race ongoing to design and deploy floating wind turbines.

The University of Maine had won 40-million dollars from the federal government to build Friday's demonstration project.