Slates Restaurant in Hallowell is embroiled in a racially charged social media discussion between progressives and a white supremacist group based in Waterville. 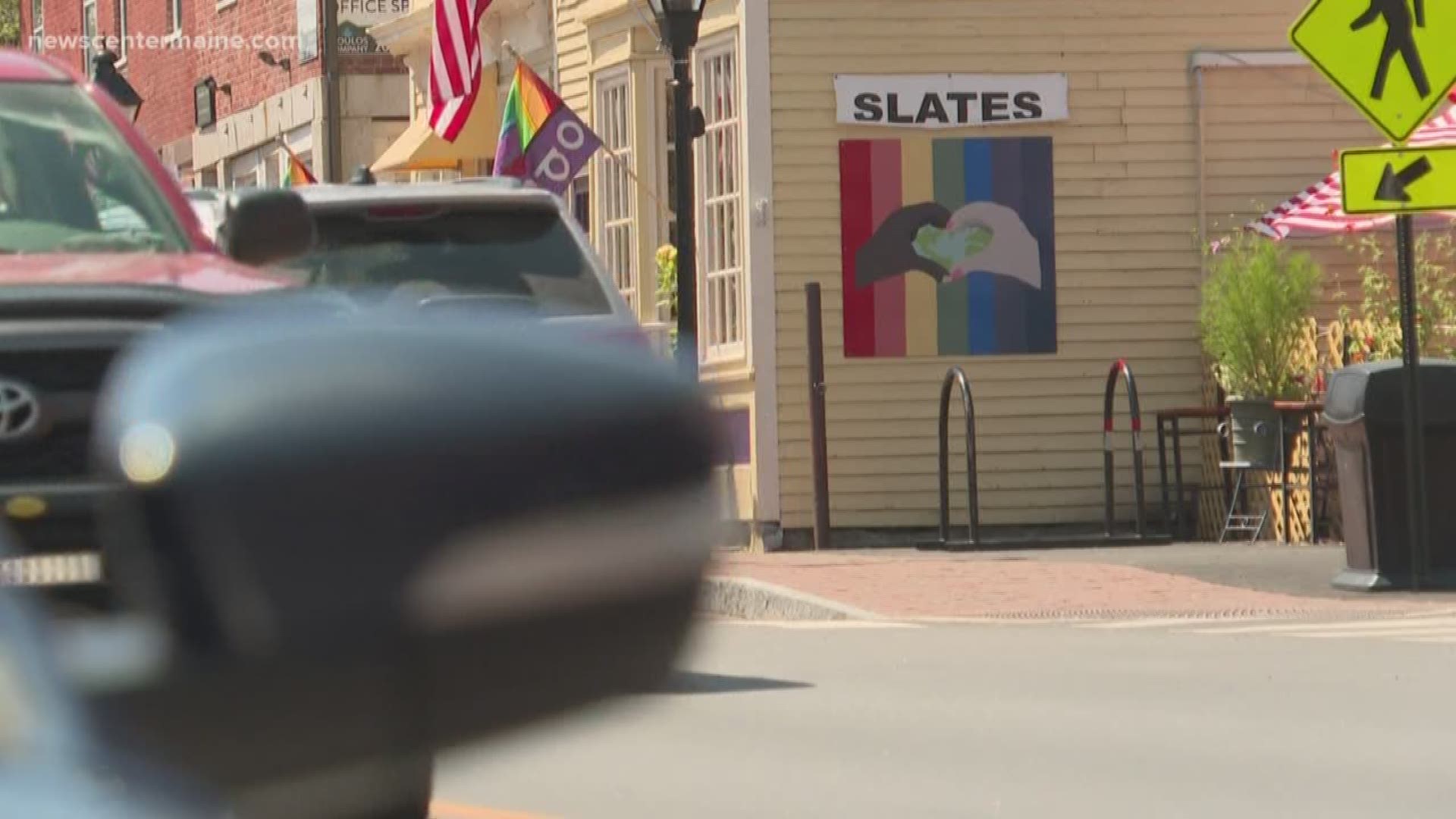 HALLOWELL, Maine — The longtime owner of a popular Hallowell restaurant found herself at the center of a social media firestorm this week after an employee took on a white supremacist group based in Waterville.

By Tuesday morning, Slates Restaurant was flooded with hundreds of messages calling for owner Wendy Larson to take action to or face a boycott or the business she’s owned for 40 years.

Most of the criticism, however, came not from the Facebook group, but from supporters of Mackenzie Swift, a server and bartender at Slates, who said Larson did not adequately defend the young woman after she was attacked on social media for posting a screenshot of the white supremacist group.

The comments left Larson frustrated and heartbroken. And the controversy served as a reminder for restauranteurs, and all business owners, that such online wars can erupt, seemingly overnight, and they need to know in advance how they’ll respond.

On July 25, Swift posted on her personal Facebook page a screenshot of a group administered by Tom Kawczynski, the former Jackman town manager who in 2018 was fired for his racist views, including that the races should “voluntarily separate,” the Bangor Daily News reported.

The group’s page describes it as “a public discussion and organization group for US citizens residing in the state of Maine who believe our government's primary and singular responsibility is to our own people in this state.”

Swift wrote that the new group is “run by white supremacists” and “espous[es] racist rhetoric for the world to see.”

Her post was shared by others, and caught the attention of members of Kawczynski’s group, who posted to Slate’s Facebook page calling for Larson to fire the young woman or face a boycott.

The restaurant also received three messages from members of the group.

One group member, Camille Cheaney Patterson, took to Facebook to demand that Swift be fired and “publicly disavow her slander libel” or else the “conservative media” would be alerted.

Kawczynski himself posted that Swift’s boyfriend “should be more careful since he has children.”

Swift said she stopped going to work because of the threats and because Larson wouldn’t take a stronger stance against white supremacy. She also demanded that Larson give her the three messages received by the restaurant so she could seek a protection from harassment order.

“Wendy is saying I’m not fired, but she’s refusing to address the fact that my coworkers are harassing me,” Swift said. “I’m choosing not to go in as long as she’s not giving me the information I need, it’s not a safe work environment.”

On Monday afternoon, Larson posted on the Slate’s Facebook page – a post that has since been removed -- that she has been a proponent of equal rights in Hallowell for 40 years, and that the restaurant “does not tolerate hate, never has and never will. We have been a haven for diversity. I am opposed to any belief diminishing one person’s value over another. I am a firm believer in the first amendment. We are a family and stand together in our belief that love and truth wins in the end.”

By Wednesday morning, that post had generated more than 350 comments – many telling Larson that she had not taken a strong enough stand against white supremacy.

Swift said Larson failed to protect her from harassment and sent a message to white supremacists when she responded as she did.

“It shouldn’t be a controversial post to say white supremacy is wrong,” she said.

Many others, though, told Swift that she is doing more damage than good by targeting her boss, a progressive ally, instead of the white supremacist group led by Kawczynski. For 40 years, Larson has been a staunch ally of the LGBTQ community and “a progressive champion” and “a pillar of the extremely liberal Hallowell community.”

“They’re attacking us worse than the white supremacists did,” Wendy’s daughter, Ingri Larson, said by phone Monday. “They’re fighting a woman who has fought for equality forever.”

“She has caused so much terrible, terrible hurt to our family and our business,” Ingri Larson said.

Larson said her statement “tells them who I am, and that I would not do anything to encourage anyone to do bad things to each other.”

Larson said she still considers Swift part of the Slates family and understands that the Facebook group Swift took on was “bigger than she thought.”

Hallowell Police Chief Eric Nason said Wednesday that he received 12 pages of messages sent to Slates and has determined they contain no direct threat to the restaurant or any of its employees.

“People are within their rights to tell you how they feel,” he said.

Nason said the controversy seems to have resulted from “communication gaps” and “a pot that people kept stirring.”

Industry insiders in Hallowell, who declined to be named, said Monday that the situation Larson found herself in is “a nightmare,” in part because, at this point, she really can’t win and will alienate some ¬¬¬no matter what she says.

Larson expects Slates will continue to see longtime patrons, but that people who rely on web reviews may shy away after the drama.

And, on Wednesday, she held firm to her original statement, although it’s since been deleted from the Slate’s Facebook page.

While she said, “I personally do not like white supremacists,” and added, “I wanted to be truthful without instigating a group I did not want as my enemy,” she said there are more effective ways to make change.

“I always told my children that 90 to 95 percent of people in the world are good people,” she said. “You can change people in gentler ways by taking away their fears and educating them.”