Maine remembers Cpl. Eugene Cole, one year after his death

On April 25, 2018, Somerset County Sheriff's Deputy Corporal Eugene Cole was shot and killed on the line of duty. 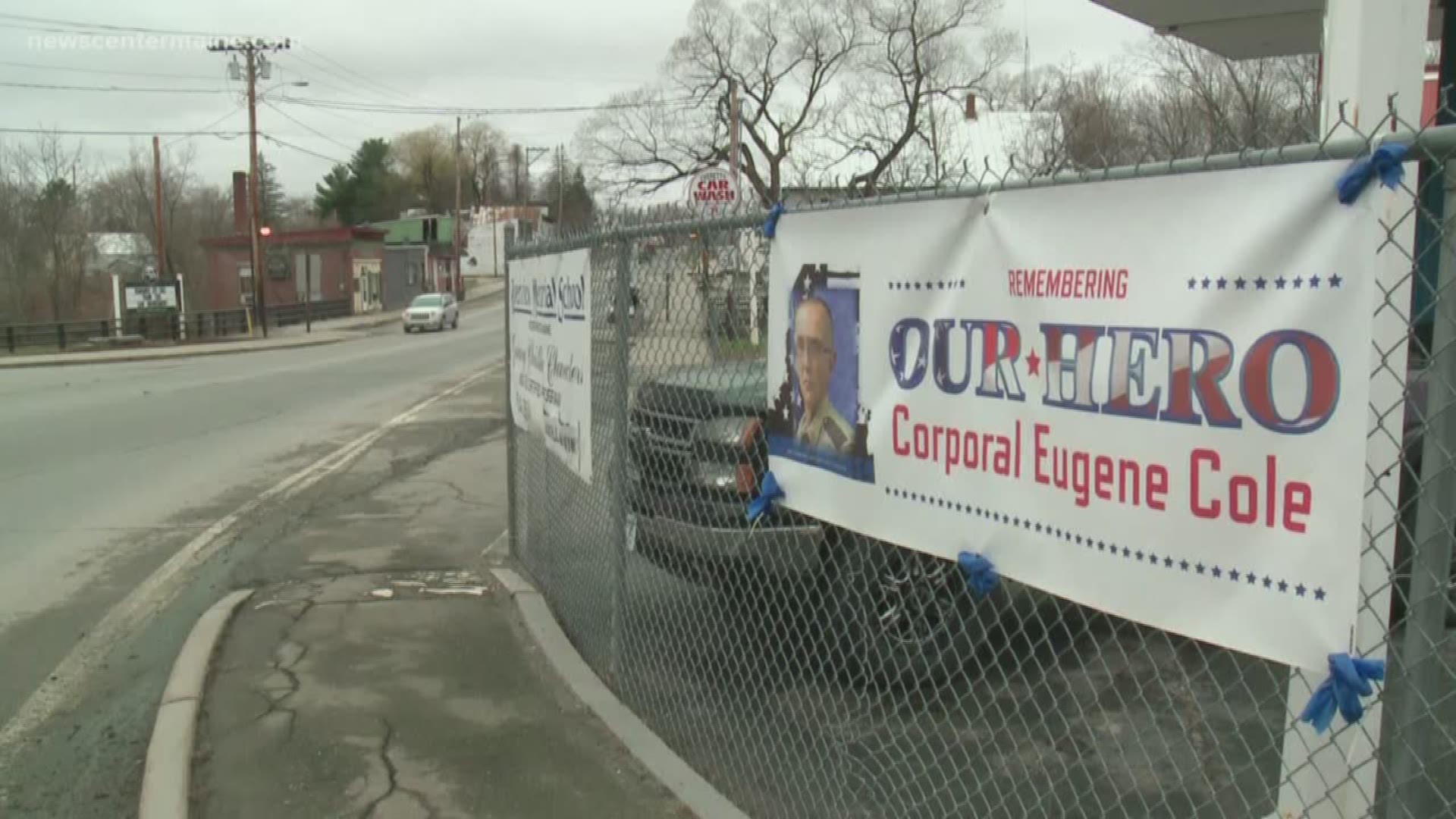 NORRIDGEWOCK, Maine — One year ago, a beloved sheriff's deputy from Somerset County lost his life on the line of duty.

On April 25, 2019, people from around the state are remembering the life of Cpl. Eugene Cole, who was shot and killed last year.

Cole's hometown of Norridgewock is holding a moment of silence Thursday to remember the fallen officer who touched many lives and left an impression on those he met while serving the public.

The town has officially named April 25 "Corporal Eugene Cole Day" to make sure this dedicated and giving officer's legacy is never forgotten.

The devastating morning began to unfold around 7:30 a.m. when Norridgewock resident, Kimberly Sirois, heard swarming helicopters and stepped out into her yard on Mercer Road.

It was there that she discovered Cole's body with a gunshot wound to his head.

Sirois began screaming to notify police, who came running over

Amidst the community's shock, a national manhunt kicked in for the murder suspect, 29-year-old John Williams.

Kimberly Sirois was horrified to learn that she had a personal connection to Cpl. Eugene Cole's alleged killer, John Williams. She told police he had lived with her for years, but she had told him to leave around Christmas of 2017.

"He was certainly struggling with addiction," Sirois explained. The last time she saw Williams was shortly after his run-in with police in Massachusetts, where he was wanted for drug and weapon charges.

It was the same day as the shooting death of Cole.

After a four-day search, Williams was captured by police near a cabin deep in the woods behind a home along Route 139 in Norridgewock.

Williams was taken to Maine State Prison in Warren, accused of shooting and killing Cole before stealing his cruiser, robbing a Cumberland Farms store, and disappearing.

After reportedly confessing to killing Cpl. Cole at the time of his arrest, suspect John Williams began 2019 asking the court to throw out the confession.

Verne Paradie, attorney for Williams, told a judge that the confession only happened because his client feared what police would do to him. Williams says he was beaten and coerced.

Court documents, however, also show that Williams reportedly called someone named Chris Williams around 1:15 a.m. the morning of Cole's death, telling him that he had shot a deputy in the head.

John Williams was supposed to take the stand in his defense during a hearing on April 8, but Paradie changed his mind after Williams was evaluated by Dr. Sarah Miller, a state forensic psychologist.

Miller said she believes Williams understood his Miranda rights, but he could have discarded these rights because of lack of sleep or quality sleep, lack of food and water, substance intoxication and withdrawal, stress and suicidal thinking, and fear of physical harm.

A judge will ultimately decide whether Williams' confession is thrown out.

RELATED: Accused killer of Cpl. Eugene Cole is in court, trying to have his confession thrown out

Since his passing, people and groups across Maine have been working diligently to make sure Cpl. Cole lives on in the memories of those who knew him.

In June of 2018, the Maine House of Representatives voted to name a bridge in Norridgewock after the fallen deputy.

"It is important to the local community to honor the late Cpl. Eugene Cole and to keep his memory alive through the naming of this bridge...and to honor his memory for all his contributions to the safety of Somerset County," the bill from last year read.

Rep. Bradlee Farrin (R-Norridgewock) presented the bill, which was cosponsored by Sen. Nate Libby (D-Lewiston) and several other state representatives.

The location is extra special, since Cole's neighboring colleague, Det. Kenneth Charles from Franklin County, says Cole used to visit the park with his grandchildren.

Charles and Cole worked alongside each other for between 12 and 13 years.

"We as colleagues decided to memorialize a really great guy," said Charles. "He was one of those people that could talk to anybody because they always knew he was going to treat them fairly and respectfully."

Other towns have also joined in celebrating Cole's life.

Matt Dawes and his wife, Brandi, came up with the idea to decorate the ambulance with Cole's badge number. They knew Cole as both a family friend and fellow first responder.

Sheryl and the couple's son, David, were the first to see the ambulance before any pictures hit social media.

"They were appreciative, tearful," said Dawes. "They said thank you, hugged us, said they loved it, and said nobody better scratch it."

In a Facebook post, a week from a year since Cole's death, Sheryl delivered a heartfelt public tribute to her late husband, a man who she says she learned from and has missed every day since his passing.

"We’re doing all right. We miss you. I can deal with the pain, for I’ve accepted it will be inside me until we meet again. Please know how much I love you, how much I miss you, how much I want you with me, with our family," Sheryl wrote. "You will not be forgotten, ever. We have your memories, and they are good. Good will overtake the bad, eventually. We just need to pray for patience until that day comes."