Deep in the chilly water of Casco Bay, some say a mystery lurks, one with reported sightings dating as far back as the birth our nation. Her existence has never been proven, but her name is steeped in legend- Cassie, the Casco Bay Seas Serpent. 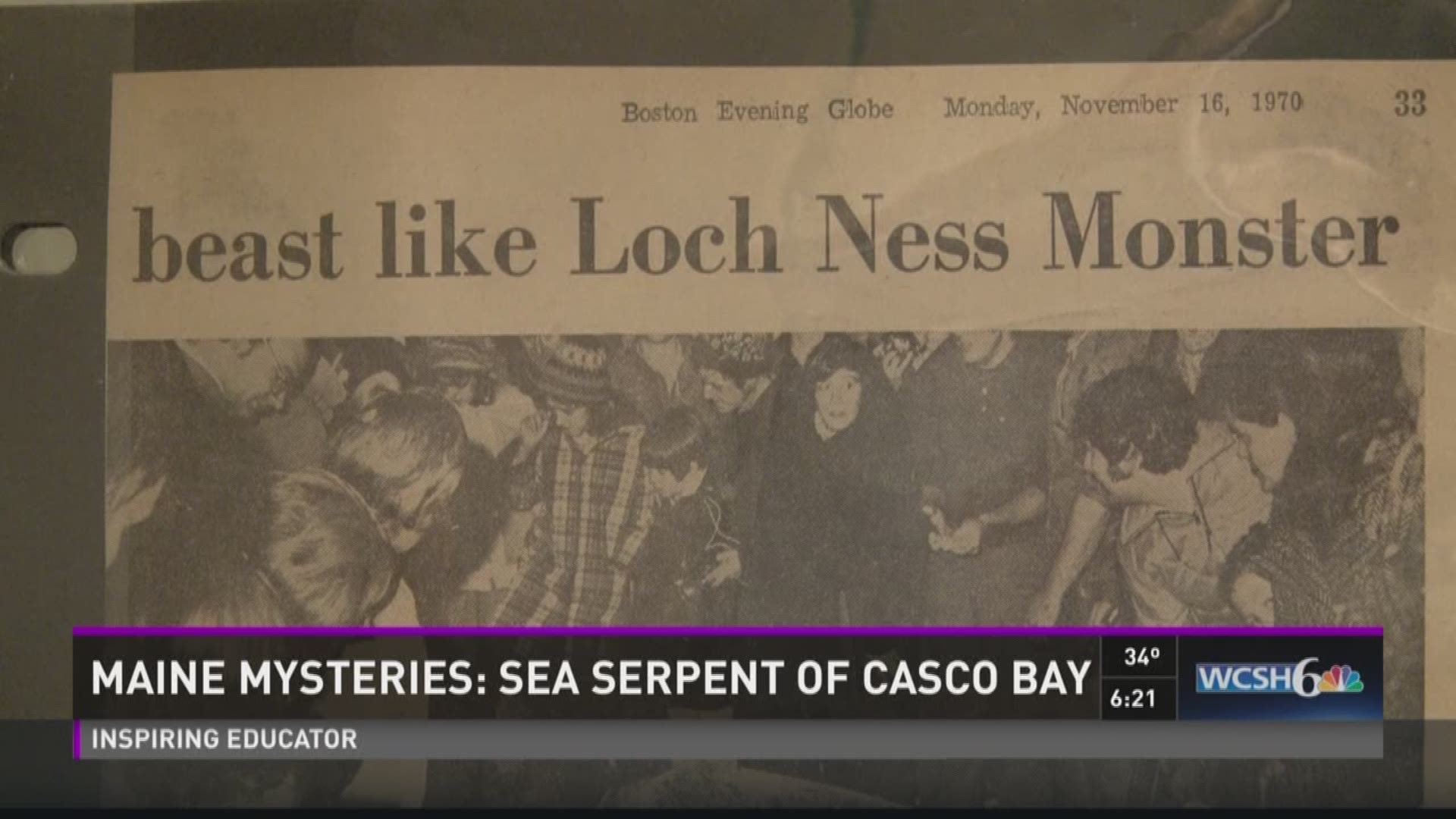 PORTLAND, Maine (NEWS CENTER)-- Deep in the chilly water of Casco Bay, some say a mystery lurks, one with reported sightings dating as far back as the birth our nation. Her existence has never been proven, but her name is steeped in legend- Cassie, the Casco Bay Sea Serpent.

Veteran Cryptozoologist and director of the International Cryptozoology Museum in Portland, Loren Coleman has investigated the fabled creature for years. He's researched stories of Cassie's sightings, including one of the earliest accounts from 1779 by a young, not yet commodore Edward Preble. The account states that Preble once saw a strange serpent-like creature in the bay during his time as a young sailor.

Coleman says despite the name, sea serpents would more likely be mammals rather than snake-like animals. His interest in Cassie is as much a fascination as it is the basis of his field; Cryptozoology is the study of undiscovered or unconfirmed animals. It's this kind of thinking that has lead to the discovery of other once labeled "sea monsters" like the giant squid and mega mouth shark.

But it was a first hand account in 1986 that keeps Coleman's curiosity of Cassie alive.

"I was giving a talk at the Appalachian Mountain Club, and a man came up and said you should really talk to an old friend of mine," Coleman said.

That man was then 81-year-old fisherman Ole Mikkelson. He recounted to Coleman a day in June of 1958 when he and his first mate were fishing off the coast of Cape Elizabeth. Mikkelson told Coleman they suddenly saw a large serpent creature colored like a flounder swimming toward them.

"And he said every time the fog horn would go off, the creature would turn its head oh so slightly and then it would go along," Coleman said of his encounter with Mikkelson. "He was living it all over in front of me."

These days, reported sightings of Cassie and other sea monsters are rare. But rather than writing the beasts off as myth, Coleman offers an alternative reason.

"The sea serpants that are out there now know how to avoid those ships. The big noises, the big ships that are very dangerous, they are like highways and they avoid them."

If she does exist, keep an eye on Casco Bay... you, too, might just see Cassie peeking out of the water.