In a neighborhood in South Freeport, a castle once stood high on the hill. It was called Casco Castle, and it ruled the social scene of it's day. 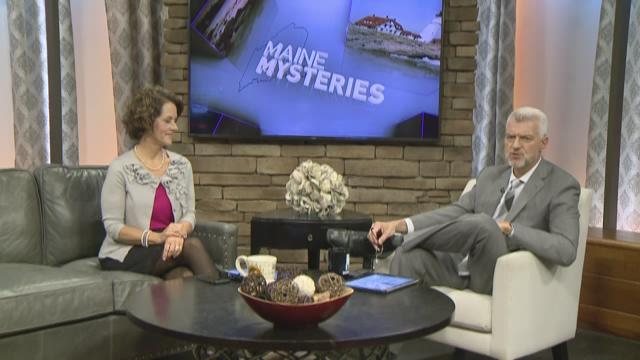 FREEPORT, Maine (NEWS CENTER) -- In a neighborhood in South Freeport, a castle once stood high on the hill. It was called Casco Castle, and it ruled the social scene of it's day.

Built in 1903 by Amus Gerald, the grand summer resort had a number of attractive amusements; a zoo with wolves, deer, and even bison. A baseball diamond and swimming area. There were also shore dinners featuring lobster and clams for just 50 cents.

However, Holly Hurd, curator and collections manager for the Freeport Historical Society, said the castle's maine objective was to encourage use of the new trolley line laid out in 1902 that ran from Yarmouth to Brunswick; which is where Gerald built his first resort, Merrymeeting Park.

"He thought, if we put another amusement park along the trolley line, that will encourage people to come up," said Hurd. "They can either visit the one in Souther Freeport, or they can visit the one in Brunswick."

Toward the end of it's days, the Casco Castle suffered financial loss as tourism declined. People simply found a better way to get around- the automobile.

Then one day in 1914, as it was closing for the season, the castle met its end.

Hurd explained, "As people were packing up, it caught on fire. The main part of the building was wooden and it was very dry, so as soon as it started, the whole things just burned to the ground."

There was gossip that the financial troubles lead to arson, but by now we will probably never know. But pieces of the old resort can still be spotted around the neighborhood like the wolf pen, the stone wall, and especially the 185 foot stone tower that once served as a lighthouse for boats coming in on the Harraseeket River.

However, the tower is on private property and can only be viewed from the road. Luckily, it's hard to miss.