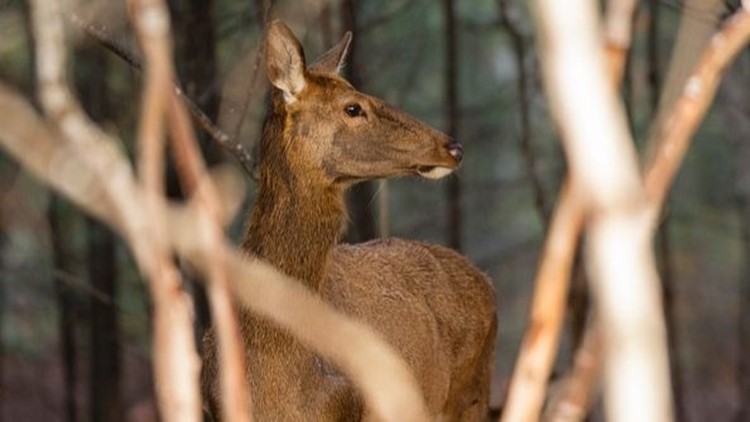 Photo by: Carl D. Walsh/Portland Press Herald
WEST NEWFIELD, ME - NOVEMBER 13: A red deer stands in the forest of Applegate Deer Farm in West Newfield, ME on Friday, November 13, 2015.

Maine looks to issue most deer hunt permits in its history

Biologists with the Maine Department of Inland Fisheries and Wildlife are recommending nearly 85,000 "any deer" permits this year. Those permits allow hunters to harvest deer of either sex. The recommendation would be an increase of 28 percent from 2017.

The permit increase is subject to public hearings. An advisory council is expected to cast a final vote on the number of permits in August.

The hunt's in fall.