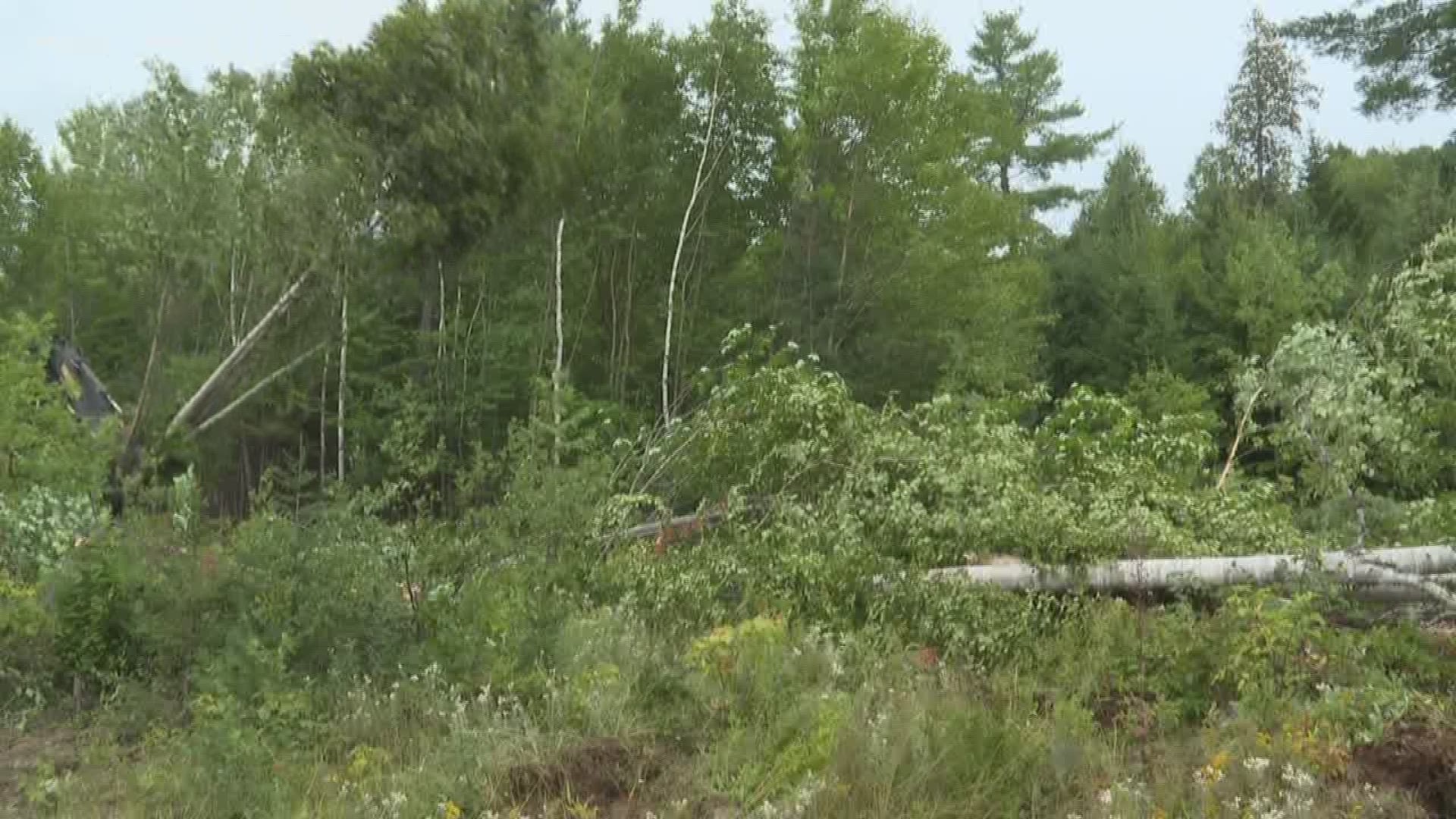 Jackson, 25, has been a logger for 10 years. He leaves home, and his girlfriend, on Sunday night, and heads about 90 minutes into a web of logging roads, nearly to the Allagash Wilderness Waterway. He spends four days deep in the woods before returning home.

From his paycheck at the end of the week, he deducts the payment on his 2013 Tiger Cat, the maintenance costs – replacing the saw blade will cost $10,000, and soon he’ll need a new hydraulic pump – and pay payroll taxes and other fees.

“If you do everything they want, you can make a really good living,” he said of JD Irving. “But you’ve pretty much got to forget what you spend and keep working because you get too discouraged,” he said.

He’s one some 2,000 loggers in the state who work as independent contractors for large, private landowners who dictate every aspect of the logging industry.

It’s a hard job – made harder, loggers say, by the conditions like quotas and deadlines imposed by landowners such as JD Irving of Canada, the state's largest landowner.

The landowners have contracts and quotas to fill, and deadlines to get wood to the mills.

For generations, loggers in northern Maine have worked as contractors at the behest of mills and large landowners. Despite what they say are dismal – and often dangerous – working conditions, any effort to better their circumstances could mean being blackballed by a company.

But as of Sept. 19, that may change. Under an exemption to federal anti-trust laws shepherded through the Legislature by Jackson's father, Senate President Troy Jackson, loggers and tree haulers will be allowed to unionize.

RELATED: Loggers ask lawmakers to help them get higher pay

Troy Jackson, himself the fourth of five generations of loggers, says the landowners have created a "feudal" system that provides no benefits, keeps wages down, and prevents the loggers from even discussing with each other their contracts with the landowners.

"People in that industry are working so incredibly hard for such little pay," Jackson said. "It's nothing for a guy to work 18 hours a day, 80-90 hours a week and at the end of the week have hardly anything to show for it."

Jackson said that in order to meet deadlines and fill quotas, "Some of these guys are forced to overload on Maine highways. They're forced to drive faster than they know is safe. And that's ... you know, the public should be upset with the way the landowners are pushing these people to try to make a living."

He said many loggers have left the business because of the conditions and wages.

"The money in the end is no joke," he said. "There's no other state in the country that pays as little as they do here in Maine. These guys are, unfortunately, going to have to be forced to pay people fair wages."

The International Association of Machinists and Aerospace Workers – the same union that represents Maine potato farmers and lobstermen under similar exemptions – will lead this effort.

"It's rare we've seen an imbalance of power this ... this grotesque where the landowners have all the power and the workers have none," said Jay Wadleigh, business representative for District 4 of the IAMAW.

Wadleigh said loggers who complained, or who advocated for a union, were subject to being "blackballed." Despite a room full of loggers at an April hearing before a legislative committee, only a handful would testify about the bill -- which Wadleigh attributed to fear of retaliation.

"Fear is always a factor and it's probably the biggest one that we're battling in this campaign because for decades it's been the tool that the companies have used to quiet people down," he said.

RELATED: Did you know Maine has a chainsaw museum?

But one former logger told the committee that he drove his truck overloaded and at excessive speeds throughout his career in order to earn a decent wage.

Clay Jackson, a logger from St. Francis, said in written testimony that he earns less than he did 30 years ago – so little that he couldn't afford a day off to testify in person.

"I don't want a hand-out and I don't want money I haven't worked for," Jackson wrote. "All I want is to have the freedom to talk openly about our financial situation and work together for a better future."

Officials for JD Irving did not respond to a request for comment, but Dan LaMontagne, president of Seven Islands Land Company, said Tuesday that the independent contractor system has been successful for both loggers and landowners.

"In with the decline of the forest product industry, we have been focused on cooperation and unity as we try to find opportunities to grow the industry," LaMontagne said. "We all benefit by having more end users for the wood fiber harvested off the various landowners in the state."

He said Seven Rivers "by no means" encourages loggers to haul overload on public roads, and instead obligates them to work safely. Similarly, he said the company does not pay bonuses if certain production levels or deadlines are met.

LaMontagne acknowledged that representatives of Seven Rivers did testify against the bill, describing the legislation as "a solution looking for a problem."

"As new markets open up for wood fiber, and as we start to deal with the challenges of getting newer, younger workers into the logging industry, I think the free market would have worked itself out," he said.

Wadleigh said the union has begun outreach efforts to loggers, started a buyers co-op, and will consider "a few dozen" workers a success at the beginning.

"We want to give the workers a voice, bring some equity to the workplace," he said. "Eventually we'd love to see them make good, fair wages and benefits for the hard work that they do."

Clarification: On Wednesday, Sept. 4, Cameron Jackson contacted NEWS CENTER Maine to clarify that he was referring to JD Irving when he spoke of these conditions.