New NOAA lobstering regulations make an area of more than 950 square miles in the Gulf of Maine off-limits between October and January each year. 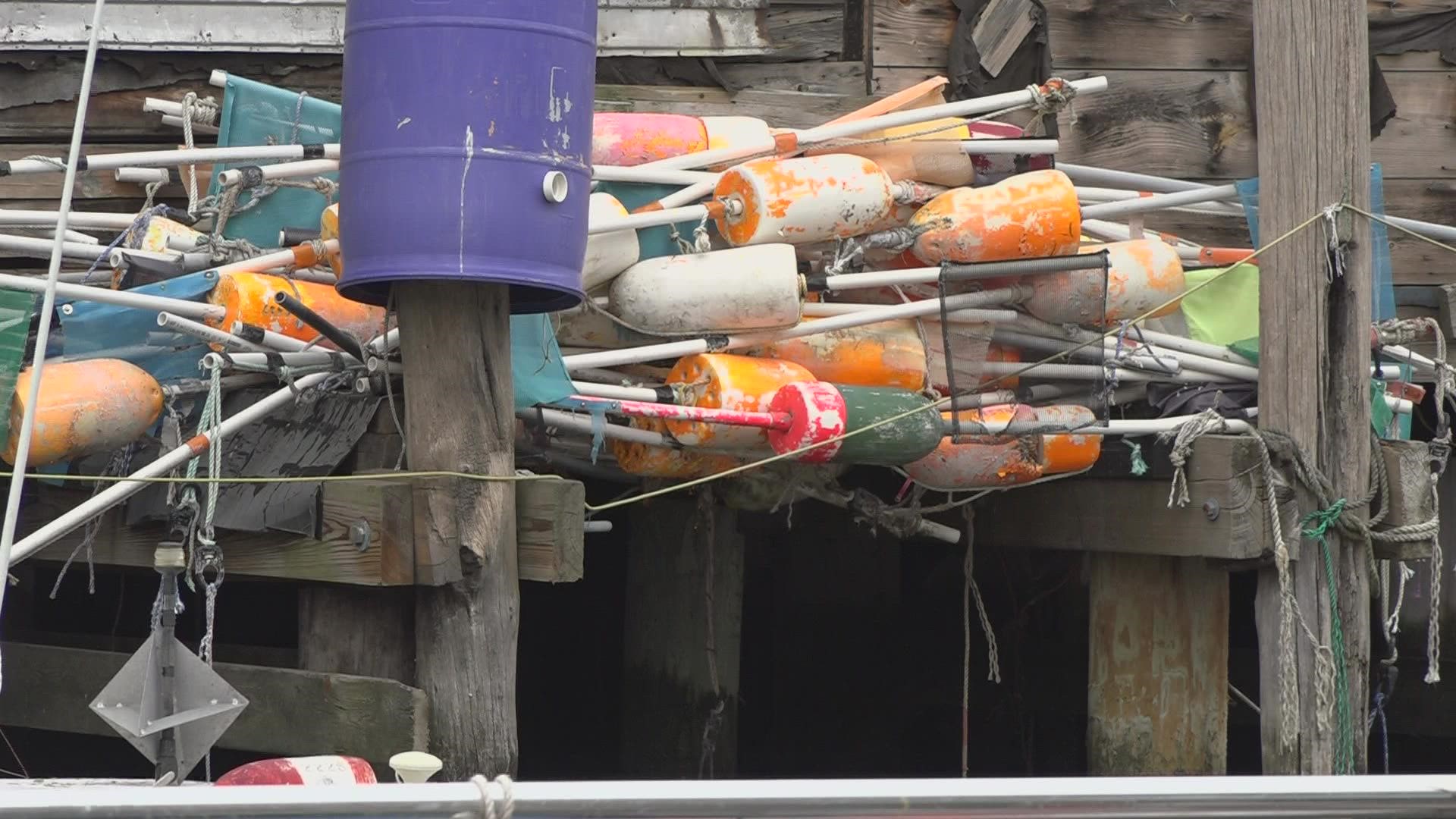 PORTLAND, Maine — Federal regulators have imposed a seasonal ban on traditional lobstering in more than 950 square miles of water in the Gulf of Maine. This ban adds to other regulations, such as the number of lines a lobsterman is allowed to have in the water. The ban is aimed at protecting the endangered right whale population.

Maine lobstermen fear they will see major losses because of the new regulations.

Faulkingham says, "I'd be lying if I said it wasn't a concern on everyone's minds."

Faulkingham says part of the frustration comes from being blindsided. While lobstermen were aware of incoming regulations related to the number of lines allowed in the water, he says the seasonal ban came as a surprise.

"It came as a shock because closures weren't even on the table for us," says Faulkingham.

The seasonal ban stretched from October through January.

"For an off-shore fisherman, those are the four peak fishing months, and many of us off-shore fishermen will catch up to three-quarters of our annual earnings in those four months," Faulkingham says.

According to NOAA, this water area is a "hot spot" for the endangered right whales. Their goal in closing that section of the gulf is to prevent one of the leading causes of death for right whales-- entanglement in fishing gear.

Gib Brogan, the Senior Campaign Manager for Oceana, who is also a relative of a NEWS CENTER Maine employee, says, "We're looking at a species that numbers just around 350. Extinction is in the conversation here."

As a company, Oceana released a statement saying the regulations don't go far enough in protecting the whales.

Brogan says, "Sound management says to get the risk away from the hot spot habitats and that's exactly what the restricted areas are doing."

Groups like Oceana say innovation, the use of buoy-less and ropeless traps, is the key to having industry and the whales coexist.

'The lobster fishery can adapt and remain profitable, and we don't have to sacrifice either the whales or the lobster," says Brogan.

However, the changes that lobstermen already have to make amid the existing regulations will cost millions across the industry.

Furthermore, according to the Portland Press Herald, there's never been a right whale death linked to Maine lobstering.

Faulkingham says, "Those of us that fish those waters... most of us have never encountered a right whale in our lives."

All four of Maine's congressional delegates have expressed united opposition to the rule. Now, it will be on their shoulders to press the Biden administration to change it.