Thursday’s public hearing showed a sharp divide between critics of police actions and supporters of those in law enforcement. 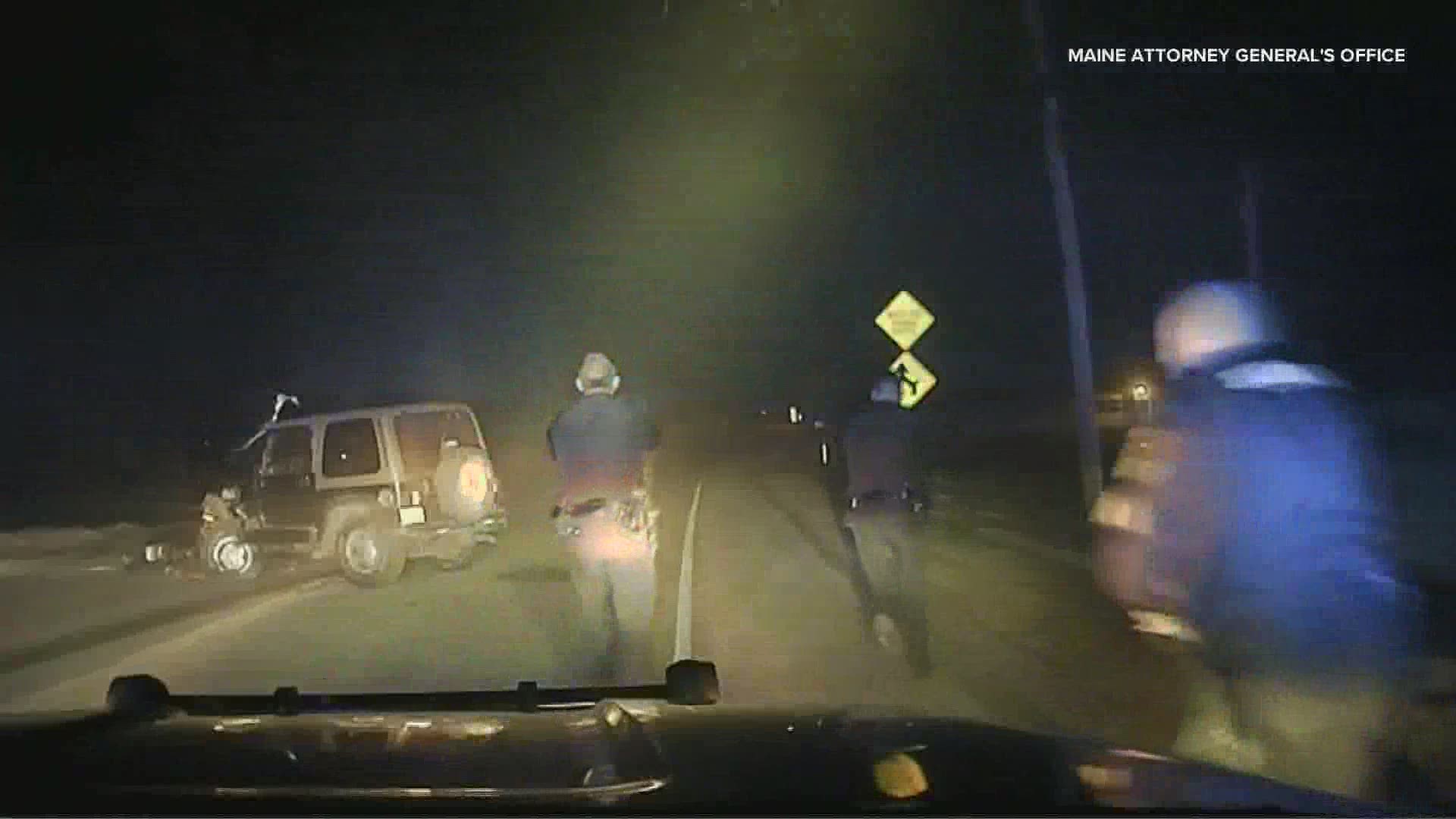 AUGUSTA, Maine — A hot national issue was front and center in Augusta on Thursday, as lawmakers were asked to end qualified immunity for Maine police officers.

Qualified immunity is a legal process that lets a judge decide if a public official, including a law enforcement officer, should be protected from a civil lawsuit by victims in a specific civil rights case. Thursday’s public hearing showed a sharp divide between critics of police actions and supporters of those in law enforcement.

It is a complex and emotional issue, driven by national movements for police reform, but also by particular cases of police shootings and other incidents here in Maine.

”Under current law, malicious police officers are held harmless under the qualified immunity standard,” said Repo. Jeffrey Evangelos (I-Friendship) the sponsor of the bill to eliminate qualified immunity and a vocal critic of some in law enforcement.

The state’s history of fatal officer-involved shootings formed part of his argument.

“Maine’s abysmal record of justifying every police shooting since records have been kept, with a record of 170 to zero ruled justified by Maines Attorney General, highlights the need for this critical reform.”

One of those cases was the February 2020 shooting death of Jason Gora in Minot by four sheriff’s deputies, following a car chase and a short foot chase. Gora’s aunt Dale Bois told lawmakers how he had been suffering from mental illness and they called police for help, informing them Gora did not have a gun.

“Attorney General Frey said that was justified. I have a hard time with that,” said Bois, who said the shooting happened despite the fact several of the deputies had received some amount of mental health training.

“I have a hard time with training and training, and then when they have an opportunity to use that training they choose not to use it. Why? Because of qualified immunity. No matter what they do it's always justified.”

But police officers and some legislators said having that legal protection—which must be approved in each case by a judge—is essential for police officers.

“If they have to second-guess their training and wonder if what they are doing will lead to a personal lawsuit, it immediately becomes a public safety issue,” said Rep. Ricard Pickett (R-Dixfield).

Cumberland County Sheriff Kevin Joyce stressed that judges make the decision whether an officer qualifies for immunity in the case and that it is not automatic.

“It's not a get-out-of-jail-free card,” one officer said.

Joyce agreed with other police officers that eliminating the qualified immunity provision would likely drive some people out of law enforcement careers, and discourage others from pursuing them.

“I’d hate to see a situation where officers have to go out and buy their own special insurance to protect themselves and family and livelihood,”  Joyce said.

“Because we’re asking them to make split-second decisions, expecting 100 percent accuracy 100 percent of the time. And if you don’t meet all of that, and sometimes when you do, the other party will see it differently  and there will be a lawsuit.”

Evangelos, however, countered anticipated criticism from law enforcement by pointing the finger back at them.

The recruitment and retention problem experienced by police in Maine is a problem of their own doing. Why would a good officer want to work where systemic abuse is tolerated and encouraged?”

The Judiciary Committee will make the decision on the qualified immunity bill., likely in the next several weeks.

Maine is not alone in dealing with the issue. According to published reports, Massachusetts recently formed a special study commission to review its qualified immunity law and recommend any changes.