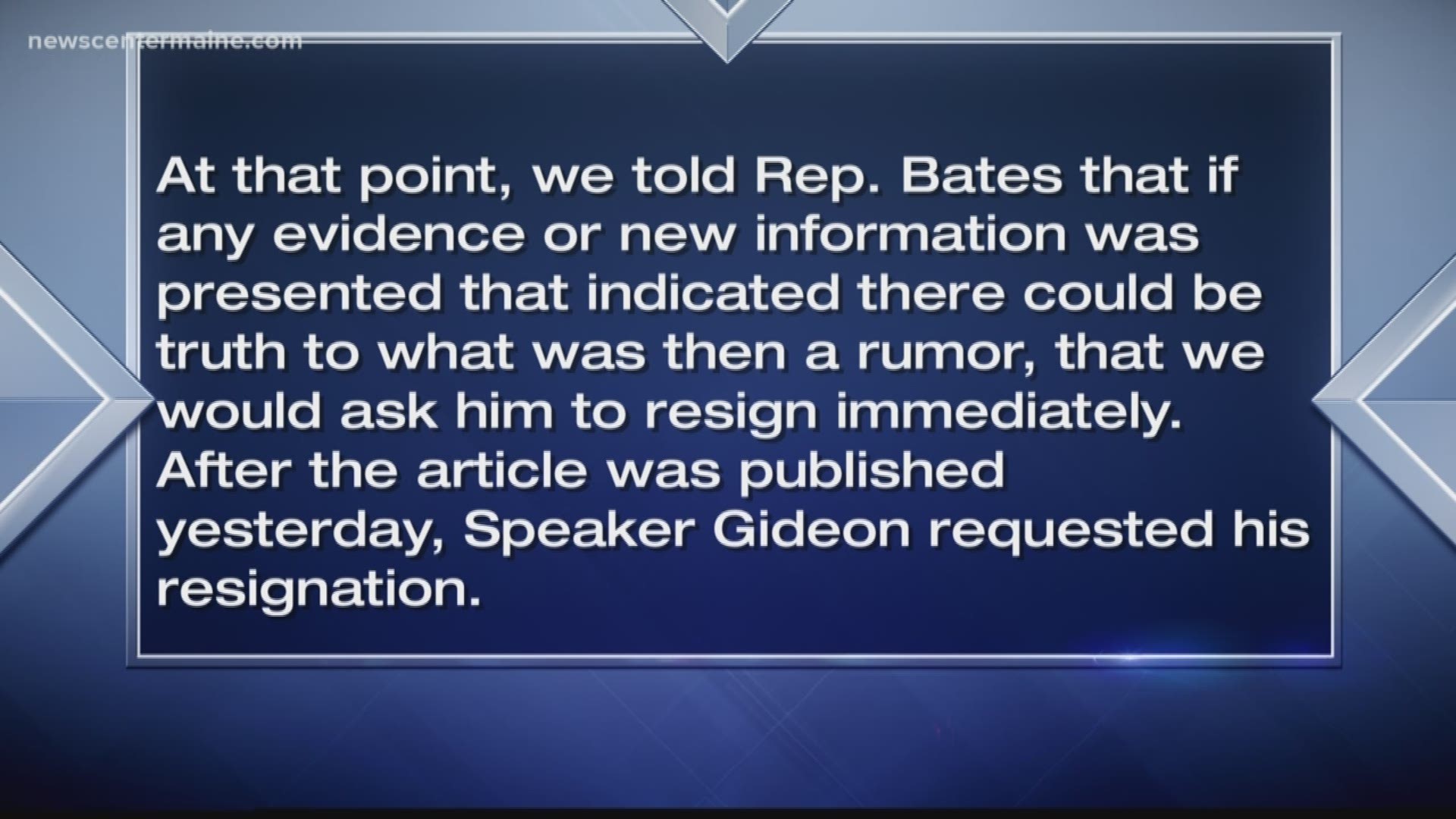 AUGUSTA — Maine Representative Dillon Bates of Westbrook denies allegations made by a monthly magazine that he manipulated students into sexual relationships while teaching at an all-girls high school.

Bates’ lawyer, Walter McKee, said the accusations are “baseless” and there’s no evidence to support the suggestion Bates engaged in misconduct.

The accusations came out in a report by “The Bollard” this week. A woman who said she was a victim is quoted in the story. She spoke on the condition her identity would be protected. The story prompted House Speaker Sara Gideon to call Friday for Bates’ immediate resignation.

"I cannot condone this behavior, I value the voices of the young women who came forward and have requested that Representative Bates resign from office immediately,” Gideon said in a statement.

A spokeswoman from Gideon’s office said they confronted Bates several months ago when “a member of the press approached our office with rumors regarding Rep. Bates’s behavior at Maine Girls Academy. We confronted Rep. Bates immediately who denied the rumor and we were unable to otherwise find any substantiation, actual proof or evidence of any victims of the allegations.” Gideon’s team pursued their line of questioning through conversations with Bates and “other parties,” according to Gideon’s Communications Director, Mary-Erin Casale.

“Additionally, no one came forward to our office to present any evidence to substantiate the rumors,” said Casale.

At the time, Casale said they put Bates on notice, warning if any new information surfaced indicating there could be truth to what was then a rumor, Gideon would ask him to step down.

Bates’ attorney said the democrat – who has not been charged with any crime – will not step down.

“Rep. Bates certainly appreciates that Speaker Gideon has expressed concerns about allegations that have been made against him. But any allegations are completely baseless,” McKee said in an email to the Portland Press Herald. “There is not a shred of evidence to support the suggestion that he engaged in any misconduct. Rep. Bates will serve out the rest of his term.”

Bates, 30, announced earlier this year that he wouldn’t seek re-election.

Bates resigned in November from Maine Girls Academy where he taught theater. He cited family issues as the reason. Bates has also taught and coached at Bonny Eagle, Massabesic and Greely high schools.