Hundreds came out in the humidity with their handmade signs in Bangor and Brunswick in the morning, and more than one-thousand people said they planned to attend the rally in Portland outside city hall Saturday afternoon. 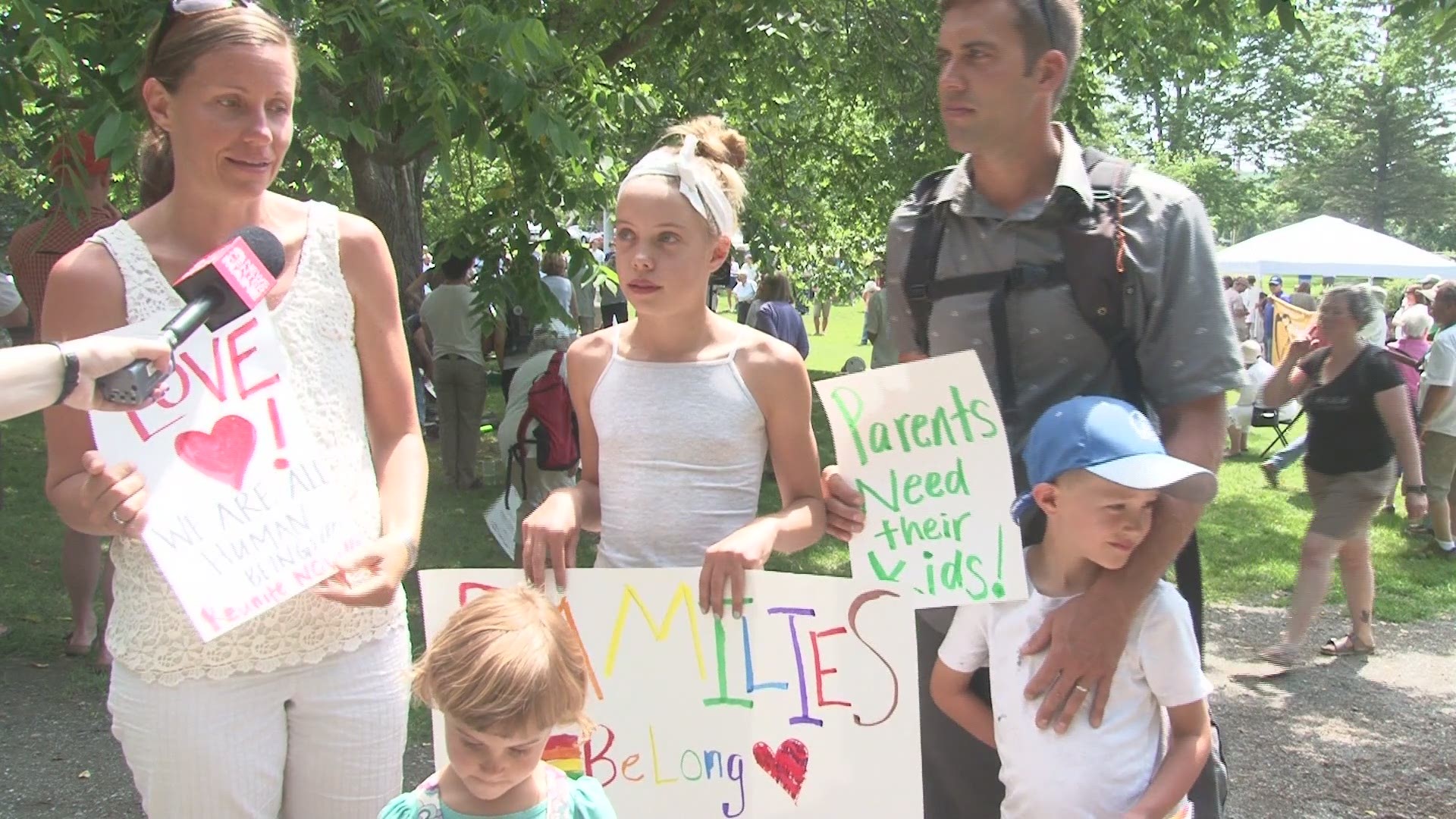 (NEWS CENTER Maine) -- Maine stood in solidarity with the forty-nine other states holding various "Families Belong Together" rallies Saturday in the wake of President Donald Trump's immigration policy changes at the border between Mexico and the United States.

"We have to deal with the borders," says Maine Senator Angus King, who attended the rally in Brunswick. "There's no question of that, but we can do it in a humane and legal and a way that is consistent with our principles and our constitution and I don't think what's going on now meets any of those tests."

Around the country, more than 750 rallies took place Saturday, with participants demanding the same three actions be taken: reunite families separated at the border, end family detention, and end the zero tolerance policy, put into place by the Trump administration.

Hundreds came out in the humidity with their handmade signs in Bangor and Brunswick in the morning, and more than one-thousand people said they planned to attend the rally in Portland outside city hall Saturday afternoon.

The Loukes family woke up like many others across the country. They took out their bright-colored markers and put their feelings on paper, writing "families belong together," "parents need their kids," and "kids need their parents" on construction paper.

"We as parents of three children feel very strongly about the equal treatment of families and of children," says mother Rebecca Tousignant, speaking for herself and her husband. "This is something that just was speaking to our heart in a huge way."

The Loukes family believes in treating every person fairly, which includes immigrants coming to America.

"Kaiya piped right up," says Tousignant of her oldest daughter, Kaiya Loukes. "She said, 'I believe in that too!'"

"I came here because I believe that every person should be treated equally and they should all be treated the same," says Kaiya Loukes. "Kids and families should belong together and they need each other."

The thought of being one of the families currently seeking asylum in the United States, and being separated from family members, is nearly too difficult for Tousignant to wrap her mind around.

"This is a call for humanity," says Tousignant, fighting back tears. "This is not about religion, or race, or borders, anything but just being human, and the love between a parent and a child, and so, I think if I were to say anything, it would be like just imagine if this were you."