'We're all in this together.' Governor addresses surge of asylum seekers

More than 30 leaders from Maine and Portland met Friday to discuss the recent surge of asylum seekers to the state's largest city. 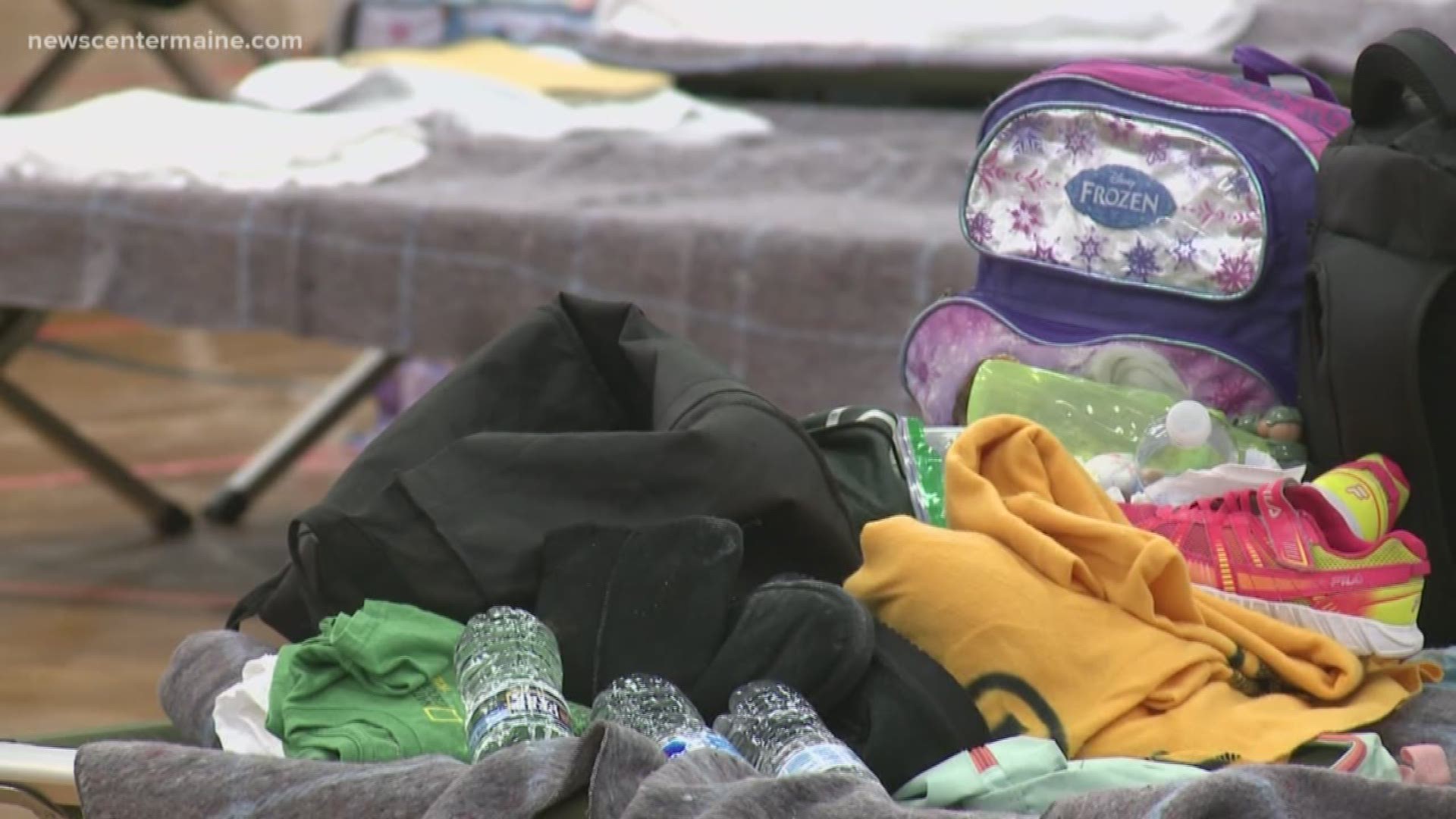 PORTLAND, Maine — More than 30 leaders from Maine and Portland met Friday to discuss the recent surge of asylum seekers to the state's largest city.

Gov. Janet Mills was one of the speakers who attended the June 14 meeting. She said that this housing and financial strain is "not just an issue Portland is going to deal with alone. We're all in this together."

In her address to the panel, Mills also urged other Maine communities to offer help to Portland like South Portland has done. She said the issue is humanitarian -- not political.

The meeting comes after more than 150 asylum seekers made their way from the southern border to Portland earlier this week. Most of these people are coming from the Democratic Republic of Congo and Angola and traveled through South America and Mexico, at which point they were able to enter the United States.

Officials said Friday that the number of asylum seekers at a temporary shelter in the Portland Expo Thursday night was 157. In total, the city has processed 227 asylum seekers. Since Sunday, Portland has seen 196 new arrivals.

Portland's City Manager Jon Jennings said things are "still very fluid on the ground". She added that over $200,000 in donations for these people in need have been collected at this point.

Portland Mayor Ethan Strimling was also at the meeting Thursday. He told panelists and officials he has visited the Expo every day since the shelter was set up.

Strimling said he believes asylum seekers are coming to Portland because "it is such a welcome place".

After the meeting, Mills and Rep. Chellie Pingree went to the Portland Expo to visit asylum seekers.

"When you see how many thousands of miles these people have traveled from their countries of origin -- what they have escaped, the kind of violence and the kind of situations they have escaped -- they've come here for us to help them, and I think we owe them a helping hand," Mills told NEWS CENTER Maine.

Pingree says she is introducing a bill that would shorten the waiting period for asylum seekers to get a work permit. She wants to cut that number down from six months to 30 days.

"Gov. Janet Mills (has) said we're going to see this as a challenge that's affecting the entire state," Pingree told NEWS CENTER Maine. "Frankly, we need new families throughout our state, and we need more people in the workforce everywhere that people live. So it is something that we should all be a part of, and it shouldn't be just a situation for Portland."

Mills and Pingree are reminding people they can still help asylum seekers, saying more than $125,000 in donations have already been made through text line.

To donate, text "EXPO" to 91999. Online and check donations to the City of Portland will also be accepted.