After a groundbreaking event Thursday, Sen. Collins spoke with the media to answer a few questions -- regarding both local and national issues. 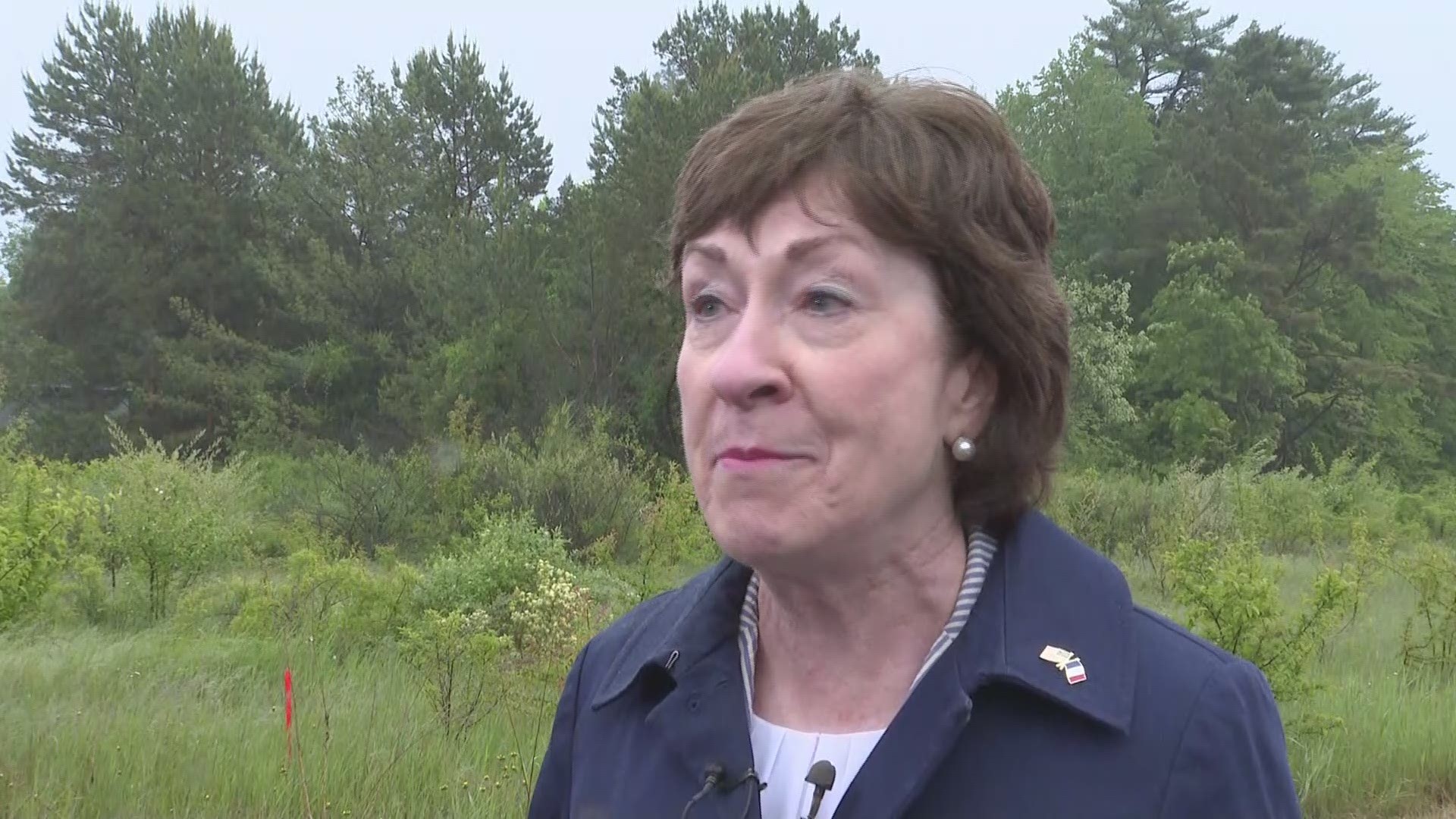 SCARBOROUGH, Maine — Sen. Susan Collins was among the dozens of people who gathered in Scarborough Thursday afternoon for a new hospice facility groundbreaking.

After the event, Collins spoke with the media to answer a few questions -- regarding both local and national issues.

On Wednesday, President Trump said that if a foreign power offered dirt on his 2020 presidential campaign opponent, he would think about accepting it and would not feel obligated to call the FBI.

"I think I'd want to hear it," Trump said in the interview with ABC News, adding, "There's nothing wrong with listening."

On Thursday, Collins responded to the President's remarks in disagreement.

"If a presidential candidate or any federal candidate is approached by a hostile foreign government and offered assistance for the campaign or information about an opponent, I believe that the appropriate response is to do as the director of the FBI advised," Collins told NEWS CENTER Maine. "And that is to call the FBI and turn over the information."

Collins also touched on topics closer to home -- in particular, the recent influx of asylum seekers to Portland earlier this week.

More than 150 asylum seekers arrived from the southern border to Portland, mainly by bus, this week. They had traveled primarily from the Republic of Congo and Angola to South America and Mexico, at which point they entered the United States.

Now, Portland city officials are trying to figure out a way to house and provide funding for this growing number of families.

"Portland has a very practical problem of trying to figure out how it’s going to take care of all these families that are coming that have very little means of support and don’t appear to have sponsors in the host community of Portland," said Collins. "So tomorrow will be a chance for us to get some answers to those questions and identify ways that we can be of assistance."

Collins said she is not sure why so many asylum seekers are choosing to come to Portland. She expects more questions will be answered at Friday's anticipated meeting.