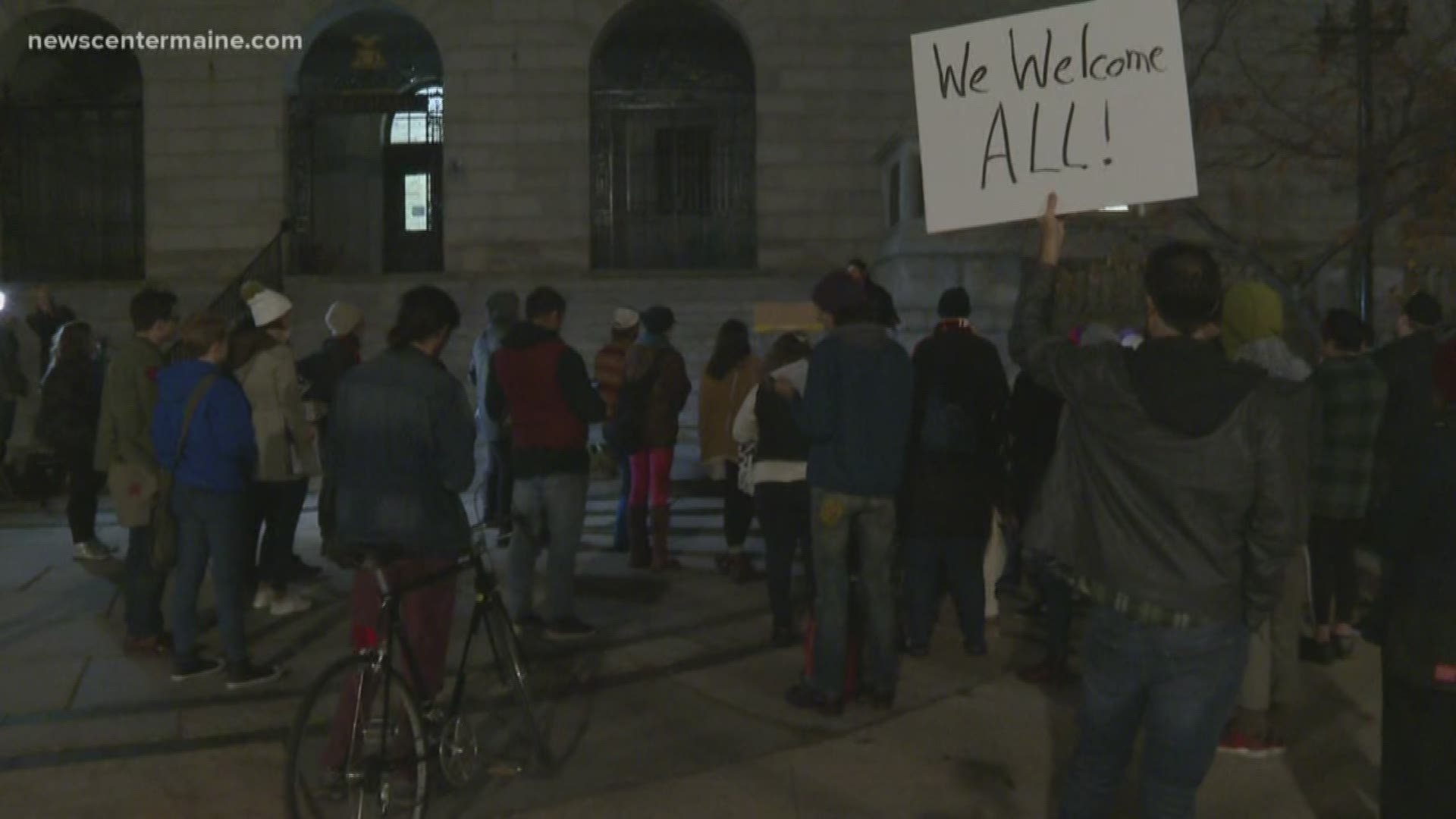 "There's no transparency and there is no guarantee that people are going to be free from unconstitutional searches," said Adam Rice, who was protesting.

Those in attendance called on city leaders to take action to protect the city's immigrant community.

Many protesters believe the ICE facility will be used to crack down on illegal immigration in Maine. When NEWS CENTER Maine previously spoke with ICE spokesperson John Mohan, he said this new facility will be part of the Homeland Security Investigations division. That division handles more than 400 types of transitional crimes like human trafficking, child exploitation, financial wire fraud, and gang investigations.

Protesters are skeptical however that placing a new facility in downtown Portland at One City Center could harm Portland's immigrant community.

According the Facebook event for Monday's protest, those in attendance are demanding:

1) Rezone the district to prevent federal holding facilities from being operated therein.
2) Pass an ordinance prohibiting ICE officers from entering the grounds of a courthouse, allowing immigrants access to legal services and preventing those obligations from becoming a trap for members of the community.
3) Pass an ordinance forbidding any city employee, including law enforcement, from collaborating with or sharing information with ICE.
4) Pass an ordinance prohibiting any city contracts being signed with any company that leases space to ICE.
5) Ease public assembly laws to allow the establishment of an ongoing protest across from One City Center.

Portland Mayor Ethan Strimling was also in attendance at the rally, calling on the city, and it's officials to take action. "If we're going to walk that walk, we can't talk the talk. If we believe that immigrants and immigration is important to our city, we need protect all of our residents," said Strimling.